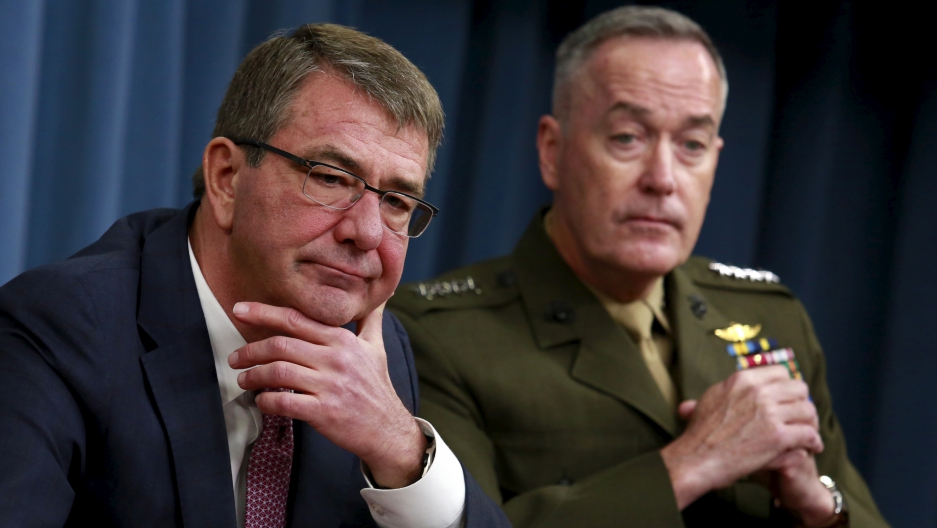 Trust is a buzzword in the current political climate. During the first US presidential debate on Monday, the candidates talked a lot about their own trustworthiness and restoring trust with American communities, especially regarding police relations.

As well they should. A Gallup poll in June 2016 found that only 9 percent of the US public has trust and confidence in Congress. Mainstream media does even worse — only 6 percent of Americans trust the major outlets.

But Americans still view military men and women as deserving of their trust — even after the US government spent trillions of taxpayer dollars on misguided wars in Iraq and Afghanistan. The same Gallup poll found that 73 percent of Americans have a “great deal” or “quite a lot” of trust in the US military.

Retired Army Col. Andrew Bacevich, author of “America’s War for the Greater Middle East: A Military History,” says there’s a lot of trust among members of the military, too.

“There’s a great deal of historical evidence that those bonds of trust are enhanced the closer you get to being in harm’s way,” he says. “Part of the allure of life in the military that many civilians can’t appreciate — and that’s okay — is to become part of an enterprise that is based on a sense of common purpose, collective purpose.”

Bacevich reflected on his time as a cadet at West Point. “The phrase that was drummed into us was the motto ... ‘duty, honor and country,” he says, adding that “it ended up translating into a code, a set of values.”

Bacevich believes that this lack of shared belief systems is why Americans have little trust in other major institutions.

“There has to be that shared understanding of basic values and it doesn’t exist,” he says. “At one level, we would all say that we believe in freedom. ... But ask any collection of Americans, ‘What do you mean by freedom?’ [and] you’re getting a whole bunch of different answers.”

Bacevich believes that political institutions like the White House and Congress abuse the trust placed in the military.

“It is nothing short of a scandal that political authorities devote so little attention to examining the wars that we have been involved in,” he said. “There’s no accountability. There’s no examination of what’s occurred or what’s likely to come next, and there’s no clear understanding of what victory would even look like."

Bacevich speculates that there is probably a growing sense of distrust within the military in political leaders.

“I hope there’s a growing awareness within the officer corps that this enterprise we are engaged in, whether you call it the ‘War on Terror’ or whatever, isn’t going well and that it has become mindless and counterproductive,” he says, adding that he believes culpability for this belongs with political leaders.