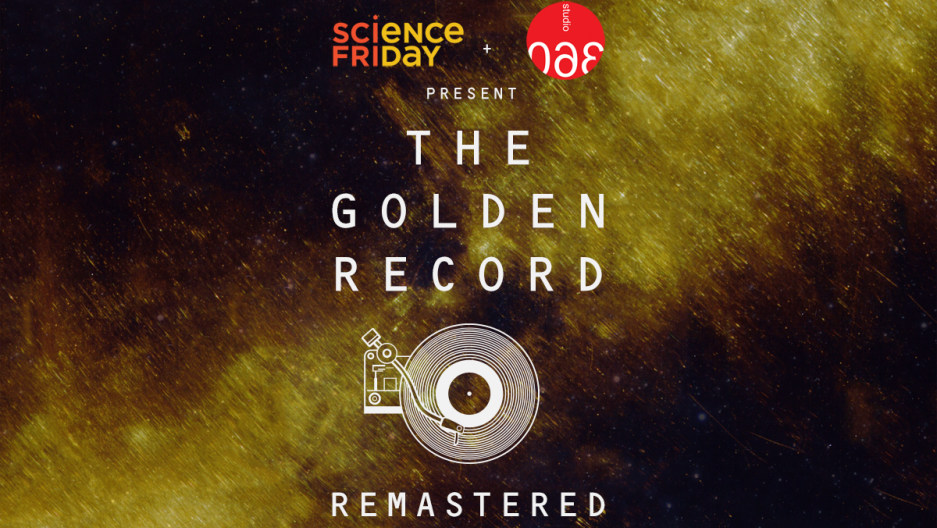 In honor of the 40th anniversary of the Golden Record, Studio 360 and Science Friday are teaming up for an evening of music, culture, and science ---featuring Ira Flatow, Maria Popova, Terrance McKnight, and our own Kurt Andersen, and with performances by theUlysses QuartetandTenth Intervention.

Carl Sagan and a select group of scientists, technologists, and artists were asked to create a message to send into the depths of space to represent humanity. This was back in the late '70s in advance of the 1977 launch of the Voyager spacecraft. Voyager left Earth carrying messages for our cosmic neighbors on the Golden Record. The record described Earth and its human inhabitants to potential extraterrestrial civilizations in an attempt to---as adviser B. M. Oliver expressed it---"appeal to and expand the human spirit." Now, in anticipation of the 40th anniversary of that record, we'reremembering some of the music included on that recording --- and imagining what might be included on a Golden Record of the future.

Learn moreabout the history behind the Golden Record: