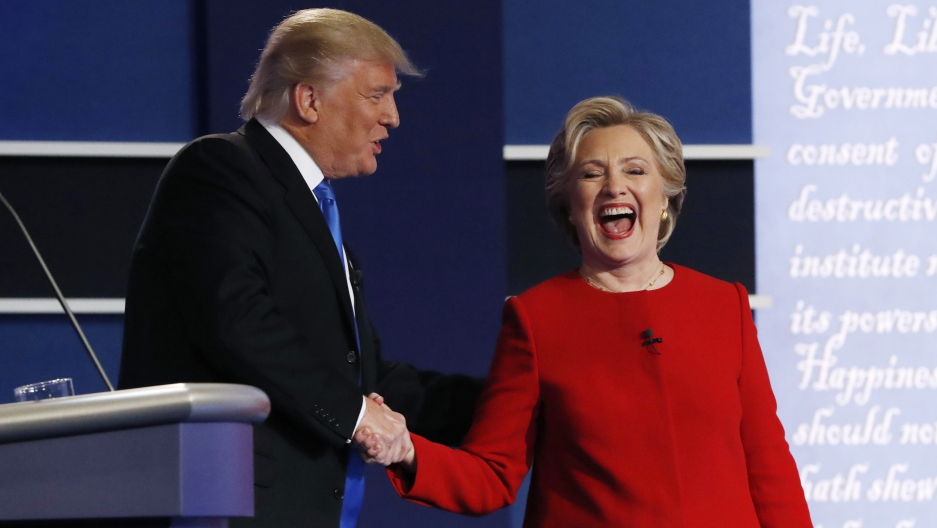 Many Nigerians watched the US presidential debate in its entirety, but say it fell short of their expectations.

Monday night's Trump-Clinton showdown remains a hot topic of conversation in Nigeria — where the election has captured their interest for a while.

And not just for the country's intelligensia.

For many, the US election is primarily a source of entertainment, Nwaubani says, because the issues are often far from Nigerians' reality.

"The things that steal the headlines [in the US] will just not grab a sentence in a column in this part of the world," she says.

Nwaubani offers as an example the debate about whether former Secretary of State Hillary Clinton should be required to release emails sent from her personal account and transcripts of speeches she gave to Wall Street firms, or whether Donald Trump should make public his tax returns.

"It's even difficult to get our politicians to declare their assets. We don't even know what they own and what they don't own," she says. "It's educational, but it's also very entertaining to see the things that are important to the Americans, the things that they consider 'debate-worthy.'"

Another example Nwaubani cites as far from Nigerians' reality is Trump's call for a strict "law and order" approach to inner city crime.

Nwaubani says Nigerians also face what she called "major law and order problems." But she says the most stringent "Trump prescription" to combat crime "will still be lighter than the lightest Nigerian prescription. And she says the policy of "stop and frisk" does not strike many Nigerians as remarkable.

"Any way America deals with it will still be less brutal, I would imagine, than our own problems," she adds.

As evidence, Nwaubani referred to a recent Amnesty International report that describes atrocities committed by Nigerian police including torture, mock executions and hanging suspects from their feet.

"I don't want black people, or white people or whomever to be shot and killed in interactions with the police [in the US], but I can't pretend that I'm horrified by the fact that the police stopped and searched someone. And I don't think that the average Nigerian would be horrified by that," she says. "We go through worse with our police here."