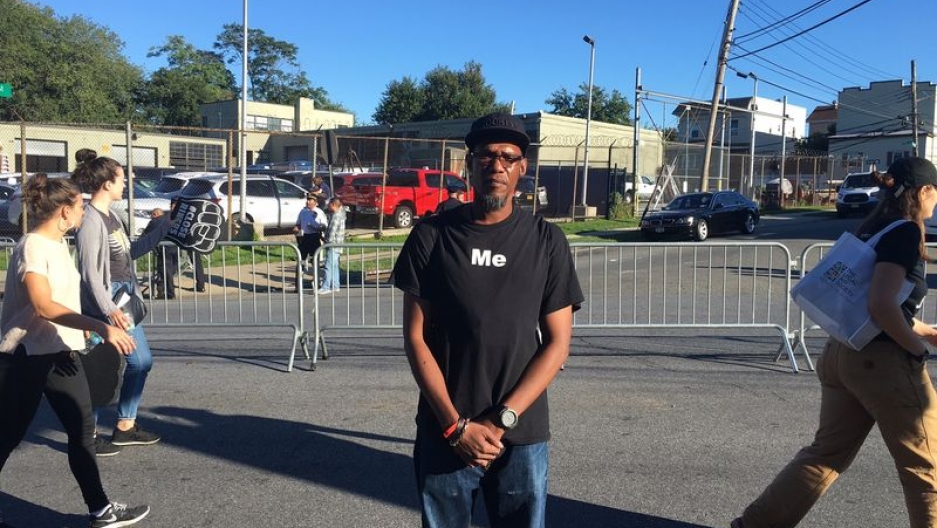 At the foot of the bridge to Rikers Island in New York this past Saturday, Akeem Browder turned his back on the crowd he was speaking to and addressed the many police officers that were standing guard.

"The Department of Corrections is corrupt. They dehumanize our brothers at a pay rate of $38 an hour. Where's the officer who beat my brother? Is he here? Is he here?" he asked.

No officers stood up for the many abuses done to Browder's brother, Kalief Browder, who was wrongfully arrested at the age of 16, spent three years awaiting trial at Rikers Island — two of those in solitary confinement — and ended up committing suicide after his release in June 2015.

Since then, Akeem Browder has become a martyr in the push to reform, and potentially close, New York City's largest and most controversial jail. Saturday's march and rally was the latest in a series planned by the #CLOSERikers, a group formed this past April. 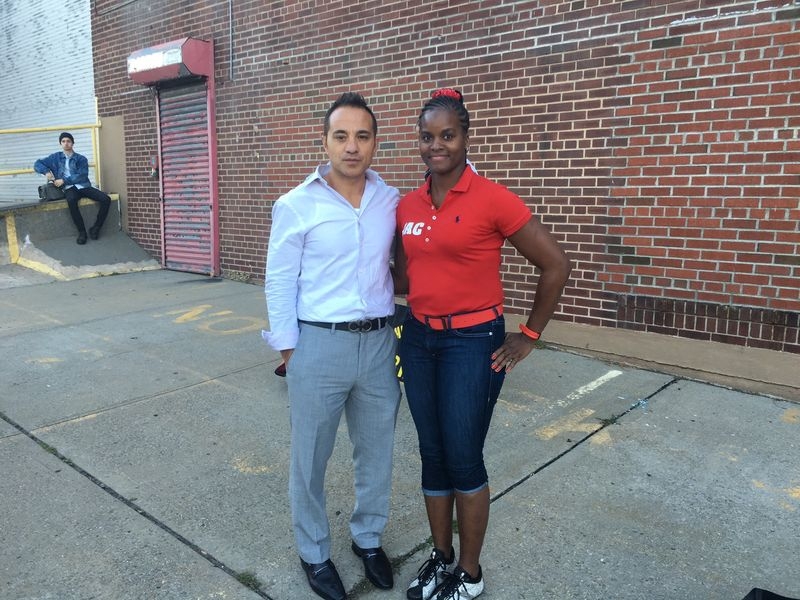 Levele Pointer is 48, and he's been to Rikers twice, most recently accused of selling drugs. He took to the streets last weekend to voice his concerns.

"The first time I was on Rikers Island, I was almost raped. I had the tendons in my hand cut. I had my ribs broken. These are the kinds of things that happen on a regular basis," he says.

It's part of what US Attorney Preet Bharara calls a "culture of violence" endemic to Rikers — one that changes you for good.

"You're working on instincts of survival now," Pointer says. "[You think], 'This is the only way I'm gonna survive. This is the only way I'm going to talk to my children is if I bust somebody in the head.' And so by the time you go through a year, two years of that, it's like an indoctrination period that changes you from a normal person to this, I hate to say it, but this real animal."

In response to the growing protests, New York City and the state government have enacted a series of reforms, including adding new surveillance cameras, reducing the use of solitary confinement, adding hundreds of new officers with body cameras, and they even agreed to federal monitoring. There are signs that it's working. A federal re-assessment of Rikers released in May found that there do seem to be improvements, noting a 17 percent drop in assaults on staff.

But on Saturday, many activists conveyed similar sentiments — that the facility is beyond repair; that it's a forgotten warehouse cut off from the rest of the city.

Prestia also represents Candie Hailey. Like Browder, Hailey spent three years at Rikers in pretrial detention, only to be found not guilty. Most of her time was spent in solitary confinement, where she attempted to commit suicide eight times.

Hailey is in her early 30s now and has been diagnosed with borderline character disorder, mood disorder and antisocial personality disorder. In a suicide note in 2014, Hailey wrote: "I can't endure this abuse evermore. The truth will come to light, while death shall set me free."

She is currently facing a felony charge for criminal mischief for breaking a chair in jail.

"I have memories every day — just using a lavatory is a problem because I had to hold my urine for so many hours being in solitary confinement that I damaged my uterus," Hailey says. "And not only that, even a bottle of water brings back memories because I was denied water for so long. Even taking a shower brings back memories because I was denied a shower so long. I would be in there for days without a shower, days without recreation, days without, months without, contacts to the outside world. So sometimes I feel nervous about being around crowds. I feel nervous about being around officers. And I was very nervous about coming here today because it's so close to Rikers. I was just afraid that I was going to get arrested again, or beat in front of everybody."

Still, Hailey, like many of the others gathered on Saturday, feels an obligation to get out and go to the Rikers Island Bridge, to have her story heard.