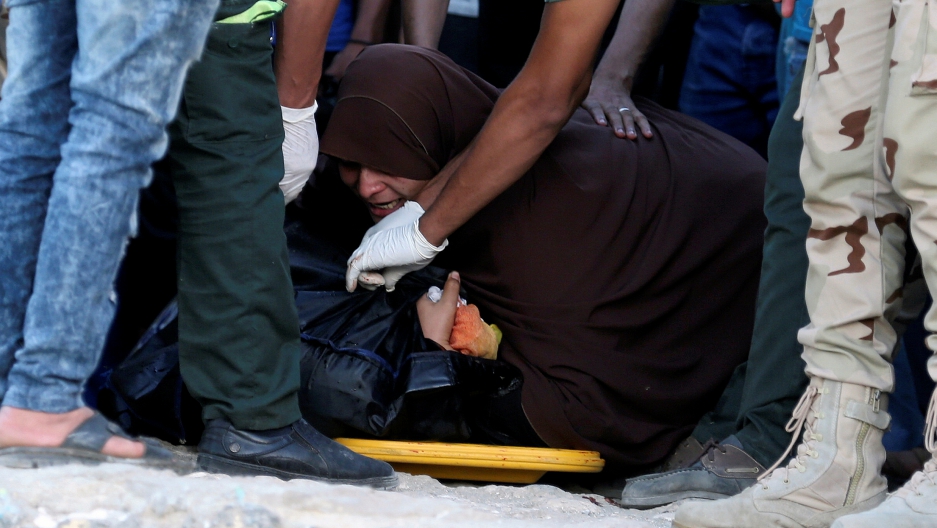 An Egyptian mother reacts beside the body of her son who was on a boat carrying migrants which capsized off Egypt's coast, in Al-Beheira, Egypt, September 22, 2016.

Rescuers recovered at least 162 bodies from a migrant shipwreck off Egypt's coast by Friday evening, as the search for victims entered its third day.

Survivors have said up to 450 migrants were on board the overcrowded fishing vessel that was heading to Italy from Egypt when it keeled over off the port city of Rosetta on Wednesday.

"The death toll from the illegal migrant boat that capsized off the coast of Rosetta ... has risen to 162," the health ministry said in a statement.

The military said it had rescued 163 survivors and recovery attempts were continuing.

Rescuers had said search operations would focus on the boat's hold where witnesses said around 100 people had been when the vessel flipped over.

Authorities have arrested four suspected people traffickers over the tragedy, the latest in what the UN refugee agency expects to be the deadliest year on record for the Mediterranean.

The accident comes months after the EU border agency Frontex warned that growing numbers of Europe-bound migrants were using Egypt as a departure point for the dangerous voyage.

Traffickers often use barely seaworthy vessels and overload them to extract the maximum money in fares from desperate migrants. 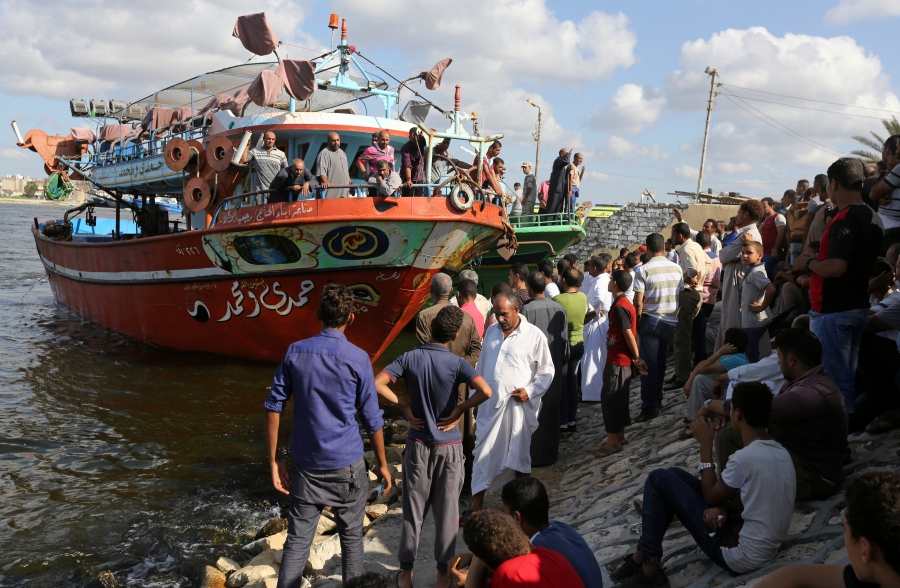 People gather along the shore of the Mediterranean Sea during a search for victims after a migrant boat capsized, in Al-Beheira, Egypt, September 22, 2016.

The International Organization for Migration said most of those rescued were Egyptians but they also included Sudanese, Eritreans, a Syrian and an Ethiopian.

After Balkan countries closed the popular overland route in March and the European Union agreed a deal with Turkey to halt departures, asylum-seekers turned to other ways to reach Europe.

Frontex chief Fabrice Leggeri said in June that the crossing from Egypt to Italy, which often takes more than 10 days, was becoming increasingly popular.

The UN refugee agency said on Friday that more than 4,600 non-Egyptians, many of them Sudanese and Ethiopians, had been arrested this year trying to depart from Egypt's northern coast.

More than 10,000 people have died attempting to cross the Mediterranean to Europe since 2014, according to the United Nations.

At least 300,000 migrants have crossed the sea so far this year from various points of departure, the UN said this week.

But despite the lower numbers attempting the crossing, fatality rates have risen, with 2016 on track to be "the deadliest year on record in the Mediterranean Sea," said the UNHCR.

The European Union launched "Operation Sophia" last year to destroy smuggler boats that could be used to ferry migrants across the Mediterranean.