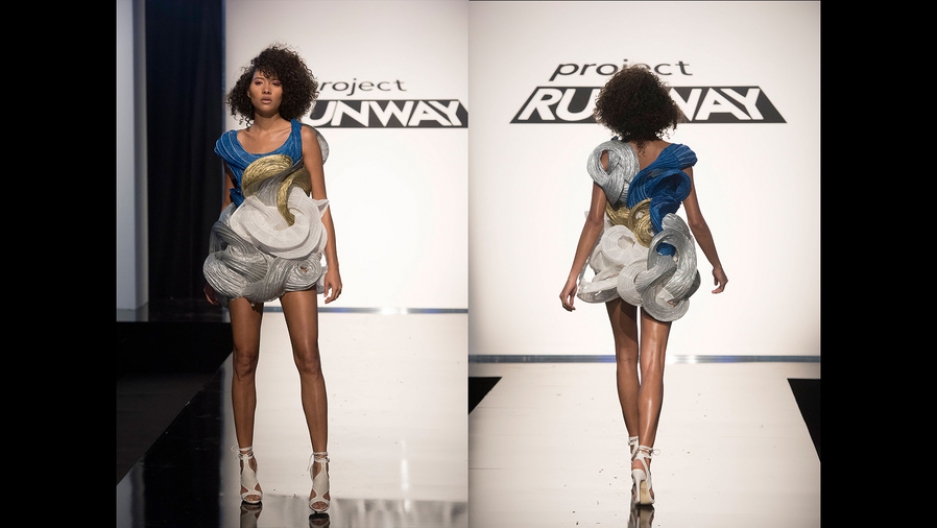 Fashion designer Roberi Parra is familiar with widespread shortages of food, supplies, and medicine. But as a contestant on this season's "Project Runway," he's a world away from his hometown of Caracas, Venezuela.

The show's first episode featured a surprise challenge: The hosts of the series welcome the designers at a launch party. The designers are then a bit startled to learn that the decor for the party will also serve as materials for their looks.

"We knew something strange was going on," says Parra, 32. "Then we got to this loft full of party supplies. We thought we were going to have a reception party, and then Heidi [Klum] and Tim [Gunn] came in and said, 'Well, you need to make a dress with whatever you find in this place. If it's not nailed down, it's yours to use.'"

So how do you turn party supplies like crepe paper, balloons and glitter scattered around the room into something beautiful to wear?

Parra had five minutes to grab as much as he could.

"I was looking around thinking, 'This can't work' and 'That can't work,'" he says. "I ended up using the Chinese lanterns that are made of paper and wire."

The fluid, cloud-like dress Parra created in blue and metallic hues was unique.

It impressed some of the judges, but Savannah Guthrie said it made her gasp, and not in a good way. She declared the style too short. Nina Garcia agreed, and said she'd seen versions of the dress before. But Klum loved the sculpting and colors, and Zac Posen thought it was beautifully done.

Parra took the critiques well. His steadiness and composure under pressure may have something to do with having lived and worked under difficult conditions in Caracas. But to win on Project Runway, he says, "You also need a big attitude because after all, it's fashion and people want the fantasy and want to feel good with it."

#DesignerRoberi from #ProjectRunway should have been in the top along with #DesignerErin- his design was NOT "bottom three" worthy.

Project Runway promises to throw plenty more curveballs at the 16 designers who are competing. There's a reason the show is nicknamed "Project Panic." But so far, Parra says it's all going pretty well. Just being in New York City on a fashion reality show is "like a dream come true."

"I left Caracas five and a half months ago so it's my first time in the US. I've never been here before," Parra says. "I came here wanting to have a job and start from scratch and then I got the chance to be on one of the biggest platforms for fashion designers in the world. For me it's like, 'Wow, I cannot believe it.' It's so sudden and so fast. I'm so grateful to be doing what I'm doing. Just being in the street and in the subway here in NYC is definitely something I really enjoy." 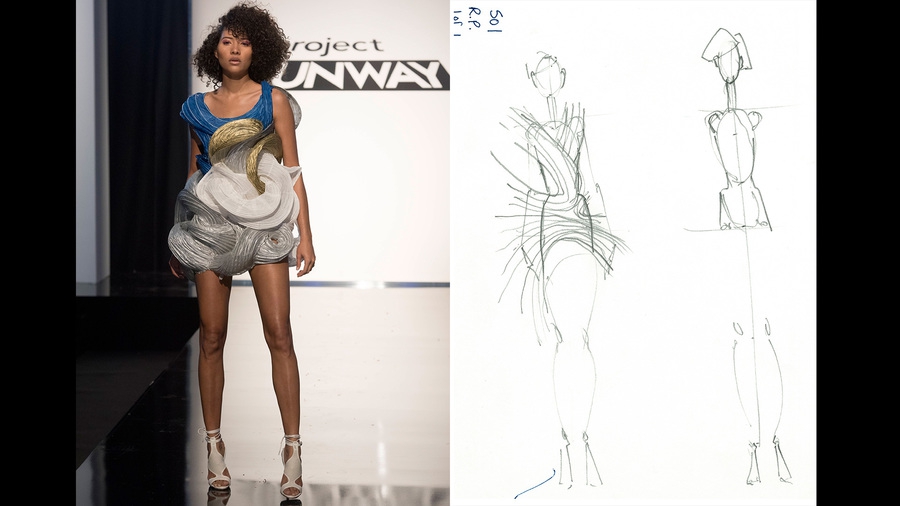 Caracas was and remains a volatile and chaotic place to live.

"It's really a disastrous moment for Venezuela's history right now," he says. "As many people would know, Venezuela is going through a very difficult situation, politically and socially. It's very difficult to live there. I decided to come here to the US to make a life and to start from scratch."