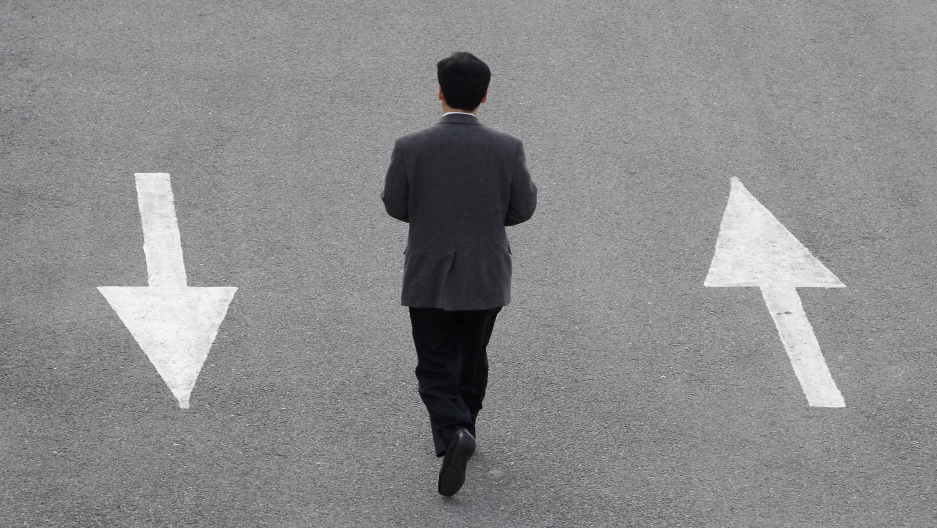 Many of us take borders as a given.

We don’t think too hard about how they got there, or why they’re in one place and not another, about how battles were fought to settle some borders, how lines on maps were drawn arbitrarily, almost carelessly, and sometimes right through communities, to establish others. There they are now, defining our towns, and states, our provinces and nations, sometimes our regional groupings.

They include and exclude. They provide a layer of identity and opportunity, for some, and deny it to others.

Some of us, myself included, have lived much of our lives beyond the borders of the place where we grew up — the city, the state, the nation. Some of us have so many layers to our identity, that borders seem kind of beside the point. 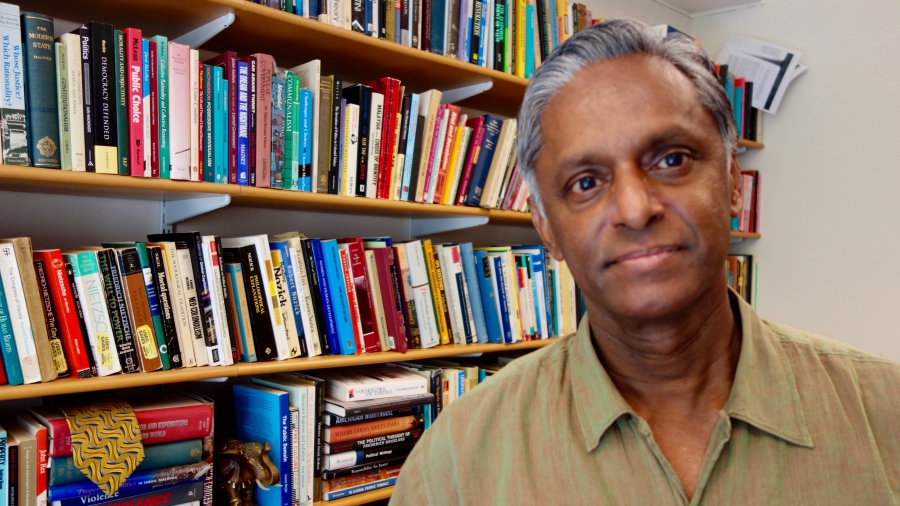 Chandran Kukathas, professor of political theory and head of the department of government at the London School of Economics

“I was born in Malaysia,” says Chandran Kukathas, a professor of political theory who heads the London School of Economics’ department of government. “My grandparents had migrated from Sri Lanka and were Jaffna Tamils. I ended up in Australia by accident from high school onwards. And my parents moved back to Malaysia. I stayed and became a citizen ... and then after four years at the University of Utah, as chair in political theory, I moved here to London.”

Not surprisingly, Kukathas is a fan of cosmopolitan interaction, tolerance and freedom of movement. In his book, The Liberal Archipelago, he argues that a society is free to the extent that it is tolerant of different islands of identity, values and goals, including illiberal ones.

He looks at Donald Trump, the Brexit vote and the rise of the German anti-immigration party Alternative for Germany, and says their arguments to kick out or keep out immigrants, especially Muslims, are counter to the values they claim to uphold.

What’s more, he says, people have been moving around the world for as long as there have been people. Borders have been drawn, they’ve been erased, moved, expanded and ignored — by Westerners as much as anyone else. In the age of empire, Western powers didn’t care about Africans’ and Asians’ rights to sovereignty and self-determination, nor did Americans care about the rights of Native Americans as they moved into the frontier. If they could conquer, they went in. 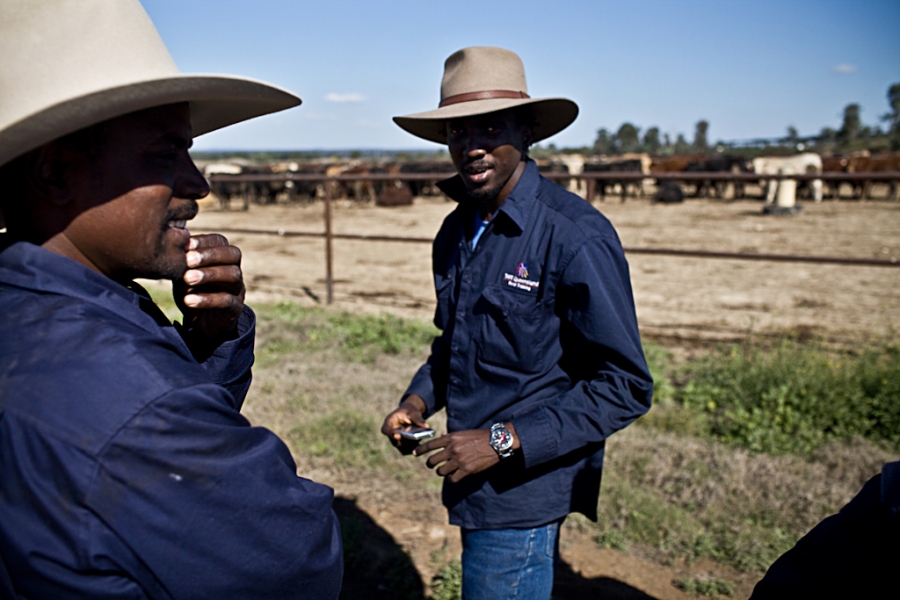 Magar "Benny" Mading, 21, jokes with fellow students while on a field trip to a cattle station in Australia’s Darling Downs region.

And if you’re American, other than Native American, either you or your ancestors came from someplace else. They were immigrants. They worked hard, built a new life and their kids and grandkids became as American as anyone else. Some of them are now in the camp of Americans who want to pull up the ladder behind them so others can’t do what their ancestors did, and not for the first time, in American history.

Kukathas ticks off other attempts at exclusion.

“If you go back to 1882, you have the Chinese Exclusion Act, designed to actually exclude a particular category of people based on their racial type,” he says. 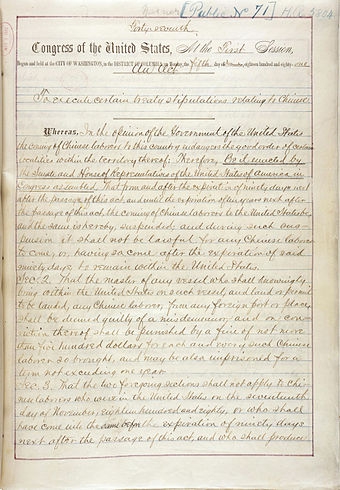 “In the early 20th century, you had an extension of this, to try to exclude Asians more generally. At this time, American immigration policy and law was highly racialized. So people were categorized in different ways to indicate who could not come in. Some people were let in with the understanding that they could not become citizens. Asians could not become citizens. Europeans were regarded as citizens in waiting, but the Irish were famously excluded from being regarded as possible citizens. One curiosity is that in the late 19th and early 20th century, they didn’t know what to do about Jews, so they were classified as Asians.

“So, if you look at immigration policy now, it’s not that it’s suddenly become horribly racist, or horribly anti-cosmopolitan, or horribly anti-immigration,” Kukathas says. “There have been waves and waves of different attitudes, different forms of classification. And people have continued to move, because, one of the points that I like to remind people of is that, in a sense, life goes on regardless. I mean, people run their lives not according to national regulation. They run their lives according to the aspirations they have, the people they meet, the ambitions they develop. This is what will guide them, not some law that’s been made in Washington, or Los Angeles, or wherever.”

As for the argument that tighter borders will prevent terrorism, Kukathas is skeptical.

“Immigration control is really a very clumsy tool with which to deal with terrorism,” he says. “The major terrorist attacks in Britain, were all by legal residents — in some cases, citizens.”

Same with the most recent high-profile terrorist attacks in the United States, in San Bernadino, Orlando, the homemade bombs in New York and New Jersey, the stabbings in a shopping mall in St. Cloud, Minnesota.

Donald Trump’s response has been — easy fix, just exclude all Muslims. Leave aside the fact that the vast majority of Muslims are peaceful and law-abiding, and that hundreds of times more Americans are killed by guns shot by non-Muslim Americans than by Islamist extremists.

A supporter of Republican presidential candidate Donald Trump yells at a demonstrator after Trump canceled his rally at the University of Illinois at Chicago on March 11, 2016.

There’s another reason why Trump’s proposal is a bad idea, Chandran says: Excluding entire groups based on their religion or ethnicity, even thinking about doing something like that, erodes what makes America, or any place, a free society. It makes sense to stay vigilant against actual threats, he says, but it helps nobody to exaggerate the threat, or act as though Muslims as a group are a threat. 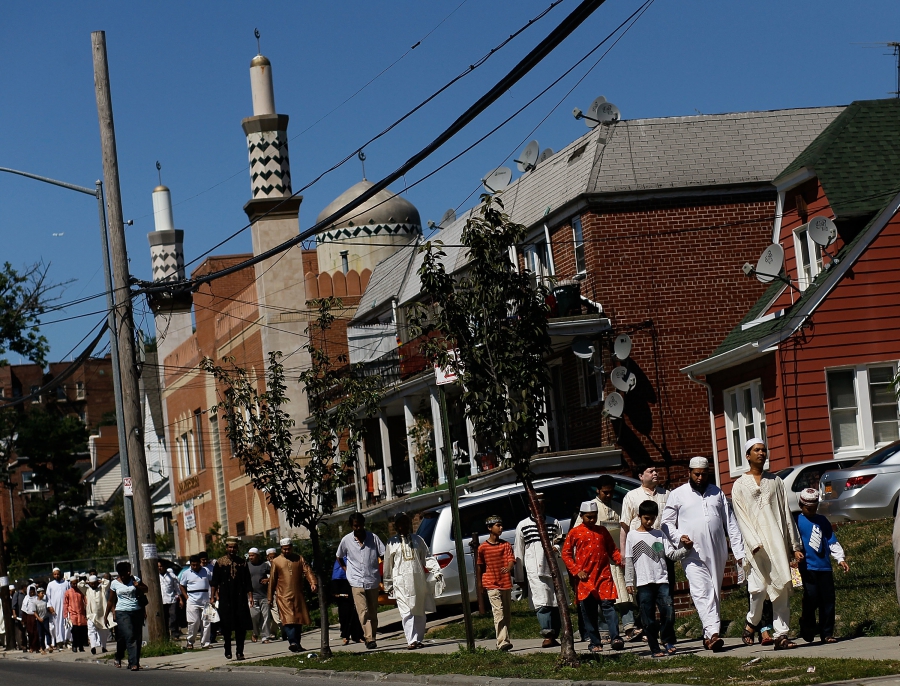 As people continue to move around the planet, as people have always done, the speed of modern travel and communication, plus the pressures created by climate change and regional inequalities, are already creating new friction — or, as Kukathas said, a new round of frictions as old as human history.

“There have always been tensions between the traditional and the modern, between the young and the old, between the old and the new. And what we’re seeing, I think, is simply the part of the processes of history.” 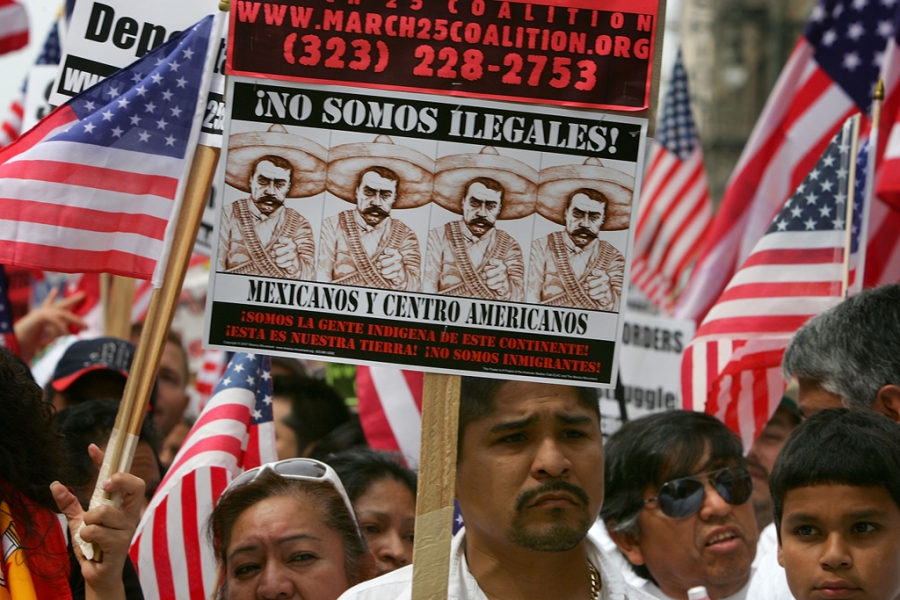 Thousands of demonstrators march through downtown to City Hall in one of several May Day marches and rallies in southern California and in at least 75 cities nationwide to press for immigrant and labor rights on May 1, 2007 in Los Angeles, California.
Credit: David McNew

In the midst of all this, societies with aging populations and sluggish economies might find it in their interests to reconsider who to include and who to keep out, who the ‘we’ in their society should be.

“There are no natural ‘we’s. Every ‘we' has been constructed, to some degree,” Kukathas says.

“If you go back to Europe, 500 years ago there were 700 principalities and republics and city-states, as well as empires, such as the Holy Roman Empire, or big states like Sweden and France. It’s all changed. We’ve forgotten about so many of these kingdoms. Everywhere, the boundaries change, the sense of identity and community changes. It’s not stable. ... And when things change, the identities and the shapes and the territorial groupings will change. I don't know how, but this is the way it's always been in human history, and I don't see any reason to think that this is somehow different now.”