Political scientist David McClennan has noticed something unusual at Trump rallies in North Carolina this election cycle. “It’s loud, raucous crowds, but you don’t see people who appear to be current or former military.”

McClennan, a professor at Meredith College in Raleigh, says when George W. Bush campaigned in North Carolina, even Republican presidential candidate Mitt Romney four years ago, military folks came out in force. Historically, the military vote has gone solidly Republican. But many historical patterns don’t hold true this round.

“In part because the two candidates aren’t typical candidates for president,” says McClennan.

Donald Trump has expressed more isolationist views than recent Republicans. Hillary Clinton is more hawkish than her party predecessors. The other thing that’s unusual this go-around: how deeply unpopular both candidates are.

What does hold true again this election cycle: Active duty military and veteran votes will be crucial to win North Carolina’s hotly contested electoral votes. Perhaps no state is closer in the polls, or harder to predict, than North Carolina.

The state has a huge military presence — Fort Bragg is among the largest military bases in the world — and more than 700,000 veterans, roughly 7 percent of the population. The two leading presidential candidates are spending a lot of time in the state, as well as sending well-known surrogates to campaign for them, to reach out to that all-important military vote.

Andrew Milone, a 34-year-old Army veteran, is supporting Trump. When I asked if he’s backing Trump because he likes him or dislikes Clinton, his answers were typical of what I heard from many veterans supporting the Republican candidate.

“I would have to say in a more honest answer that I’m voting for him because I don’t want Hillary Clinton to be president,” says Milone.

“I don’t even know where to start with that question,” says Milone. “You constantly hear people say all politicians lie, but she’s trying to set a record.” 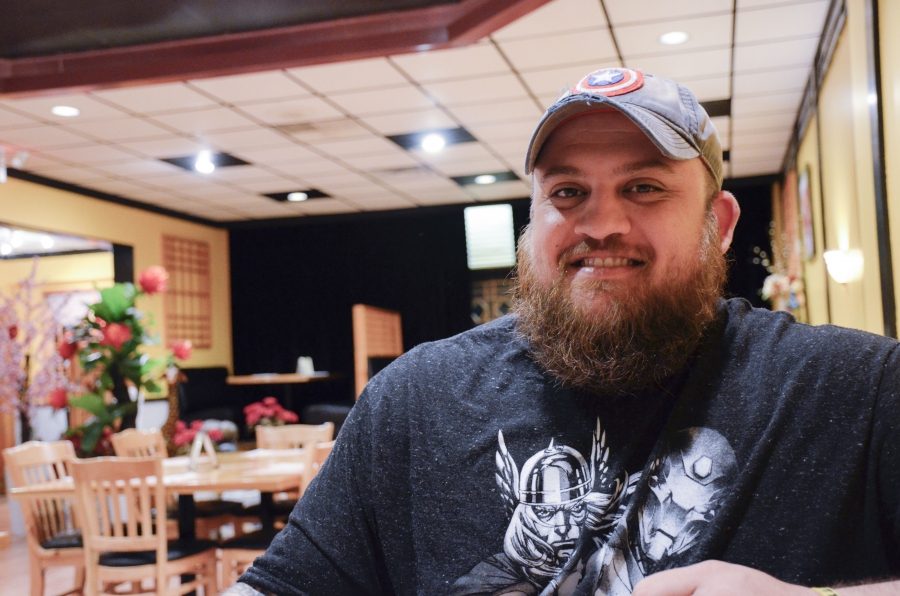 Milone served in Iraq 10 years ago. I asked which national security matters were most important to him: ISIS, or tensions with Russia or China, to name a few.

“It’s just the simple fact that you have to ask me the question with that many options is what’s at top of my list," he said. "I mean, pick one.”

Milone says he has absolutely been offended by a lot of Trump’s military-related comments. For example, Trump questioning John McCain’s war record, his heroism, because he was captured in Vietnam. But Milone calls those “stupid” remarks, and ones he can get past. He can’t get past Clinton’s record, and puts the blame for many of world’s problems at her feet.

“I think she did a terrible job as secretary of state,” says Milone. “And I don’t think she’s going to make a good president.”

But other veterans see Clinton’s track record as a selling point.

“She’s been in the Washington area for a long time and her experience as secretary of state is without a doubt very important,” says 27-year-old former Marine Dean Castaldo.

I met Castaldo in a restaurant in Greensborough and asked him if he’d describe himself as pro-Clinton or anti-Trump.

“So this is a loaded question, right? I do not think that Donald Trump possesses the requisite skills to be commander in chief at this point.”

I asked him to get more specific — what scares him about Donald Trump?

“I guess this is what I would say if I had a junior Marine and we were discussing these issues," he answered. "I would say, ‘I’m not going to tell you to vote for either one. But what I am going to say is: Think about who you personally would want to be your platoon sergeant. Who would you want to be your commanding officer? And do you want somebody that has experience dealing with a multitude of issues that the president will have to deal with? Do you want somebody that at least at the end of the day gives you that feeling that they’re going to take care of you?’” 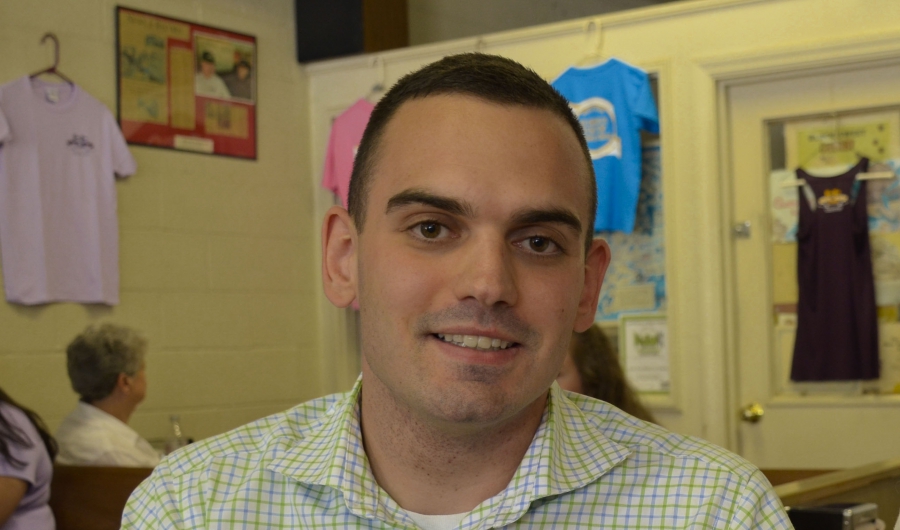 Former Marine Dean Castaldo is voting for Hillary Clinton. He values her experience and doesn't trust Donald Trump's temperament to be the commander in chief.

Castaldo thinks Trump is looking out for his own self-interest and doesn’t trust the Republican presidential nominee’s temperament. According to recent national polls, just half of military and veteran voters have confidence in Trump’s ability to be commander in chief. Yet, many of these same voters also say they’ll still vote for Trump. (Overall, Trump has a commanding lead over Clinton with the military vote nationwide.)

This helps explain why I couldn’t get any enthusiastically pro-Trump veterans to speak with me. Dean Castaldo, the Clinton voter, offered to bring some pro-Trump military friends to lunch. But they all backed out.

“For many of those Trump supporters, they’re picking him because of things that their gut is telling them feels right," Castaldo says. "The things he says reassures them that America is going to be great again, and that we’ll have increased military spending and this and that. But I think when some of those people do a little bit of soul-searching and they really start thinking through what he has said, they realize there’s not a whole lot there. That uncertainty, and that lack of confidence, I think that plays a very important role in why they’re not going to talk with the media."

I also asked Milone to bring an avid Trump supporter to our meeting. Initially, he said it would be no problem. But in the end, he also failed.

“I think that it’s important to realize there is this stigma [with] verbally, publically expressing support for Donald Trump,” says Milone. “I know a lot of people that privately will tell me that they absolutely support Donald Trump, but if I bring it up around other people they would shy away from that because they feel they’re going to be attacked for stating their opinion.”

When you add it all up, it makes this already unusual election even harder to gauge. North Carolina voted for Barack Obama by just 14,000 votes eight years ago. What happens this go-round in this state? That’s anybody’s guess.