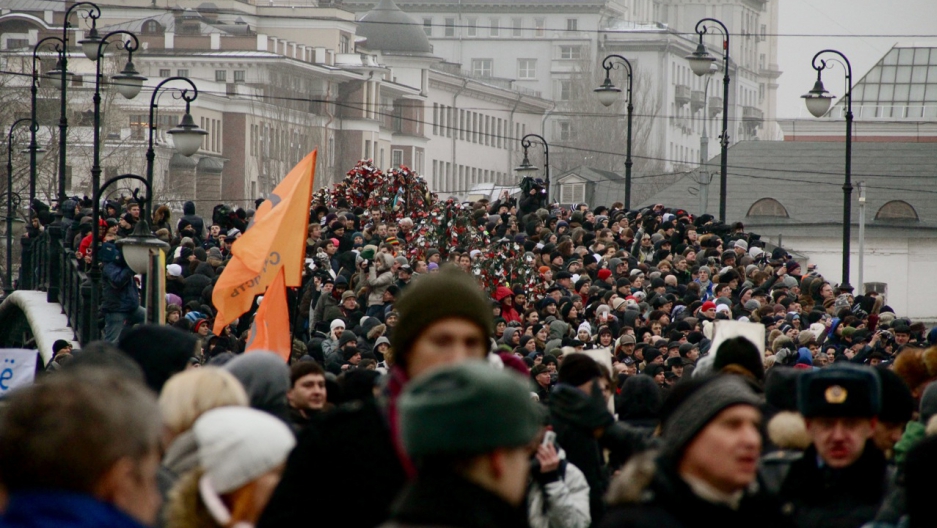 Amid evidence of widespread fraud during Russia's 2011 parliamentary elections, thousands took to the streets to protest. The Kremlin has since learned its lesson, say analysts.

It's hard not to marvel at the efficiency of the Russian Duma. While Republicans and Democrats in the US Congress are mired in gridlock, Russian lawmakers have turned passing legislation into a near art form.

This last session alone, the Duma and the Russian Senate cranked out more than 1,000 laws. And despite the presence of three blocs in opposition to President Vladimir Putin's ruling United Russia party, most passed near unanimously.

Welcome to what the Kremlin calls “managed democracy.”

This Sunday, Russians head to the polls to elect a new parliament. The last time Russia held parliamentary elections, in 2011, opposition parties were banned from participating, and the results were marred by fraud. Tens of thousands went into the streets in protest over the results. According to political analyst Nikolai Petrov, the Kremlin learned its lesson from the experience.

In the past, Petrov says, “it looked like there was no need for competitive elections, no need in public politics and so on. Now it's changing. The Kremlin is not eager to practice large-scale fraud. It’s eager to avoid any scandals, to avoid any threat of mass protest.”

So with elections looming again on Sunday, the Kremlin insists this time is different. There have been raucous televised debates. There are ubiquitous political TV ads and campaign agitators on the streets. Most importantly, there are now more political parties — a few led by some, though not all, of the opposition leaders who rallied against the Kremlin in 2011.

That includes Mikhail Kasyanov, a former prime minister under Putin, who now leads the liberal PARNAS party. But Kasyanov calls these elections a sham. Yes, he’s had a rare chance to appear in a few televised debates, but he and other party members have also faced harassment at rallies, and a relentless smear campaign on state television where they’re accused of being Western stooges or worse.

“They're letting us participate to show you — the West — that we're a free country,” Kasyanov says. “Putin loves imitations of everything: of separation of powers, of independent courts and a free press. And of course, he loves imitations of fair elections.”

Clearly, there are limits to how free an election the authorities will allow.

Consider the problems now facing the Levada Center. Russia's only polling organization that operates independent of the state, Levada was labeled a “foreign agent” by authorities after it published a recent survey showing support ebbing away from Putin's United Russia party.

Yet most analysts expect United Russia to retain its grip on power. Despite an economy struggling with Western sanctions over the annexation of Crimea and low world oil prices, the party is buoyed by Putin’s continued popularity.

But much else has changed since 2011. The Kremlin introduced a range of measures aimed at stanching protest. There were arrests and sentencing of opposition figures and their supporters — an effort to stoke fear into the movement, critics say. Alexey Navalny, the nominal leader of the opposition movement, has also been sidelined from the elections over a criminal conviction his supporters say was politically motivated. And then there was the 2015 murder of opposition leader Boris Nemtsov several feet from the Kremlin. That crime remains unsolved.

With the opposition demoralized and the Kremlin riding high from its annexation of Crimea from Ukraine, political analyst Petrov says the government can simply afford more nuanced election results than in 2011.

“I think this is a little more sophisticated approach to demonstrate that this kind of opposition will get very tiny popular support,” he says, “to demonstrate how unpopular they are.”

On a recent evening in downtown Moscow, Dmitriy Gudkov spoke to a smattering of voters and railed against government corruption. He’s the rare — as in only — opposition member of the Duma who is fighting to retain his seat in parliament. To do so, he’s turned to crowdfunding his campaign and holding soapbox rallies around the capital.

Gudkov insists the opposition isn’t weak; it’s just deprived of resources to get its message across.

“Even if you take a champion swimmer [like Michael Phelps] and you fill up the pool with acid, he won't able to swim,” Gudkov says. “But it doesn't mean he's a weak swimmer.”

Whatever the results of this election, Gudkov is taking the long view.

“Politics is a marathon,” he says.

Yet watching Russia's beleaguered opposition come in last place may be the real point of Russia's parliamentary elections. And barring the unforeseen, it's a Kremlin plan many expect to work beautifully.