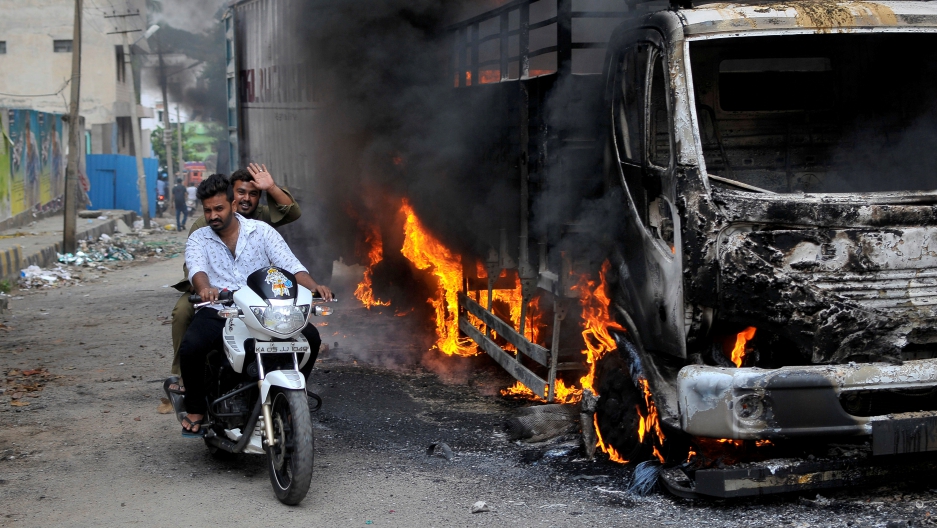 IndiaMen ride a motorcycle past a lorry in Bengaluru, which was set on fire by protesters after India's Supreme Court ordered Karnataka state to release 12,000 cubic feet of water per second every day from the Cauvery river to neighbouring Tamil Nadu, India
Credit:

Violent disputes over water are nothing new in India — in such a large and crowded country, deciding the rights to trans-boundary waters is always contentious. We've seen buses burned, shops looted, and cities clamped under curfew during fights over water.

But last week was the first time in recent history that a civilian was killed — and two others injured by police gunfire — as protests turned ugly in the southern city of Bangalore (also called Bengaluru), the capital of Karnataka state. A second protester later died from their injuries.

The protests followed an order by India's Supreme Court that Karnataka share about 24 percent of its water with the neighboring state of Tamil Nadu.

The 475-mile long Cauvery (also known as Kaveri) River originates in Karnataka and flows into Tamil Nadu downstream. There have been disputes between the states over how to share its waters since at least the 19th century; the first adjudication dates back to 1892. (Every ruling since has been challenged by both parties.) 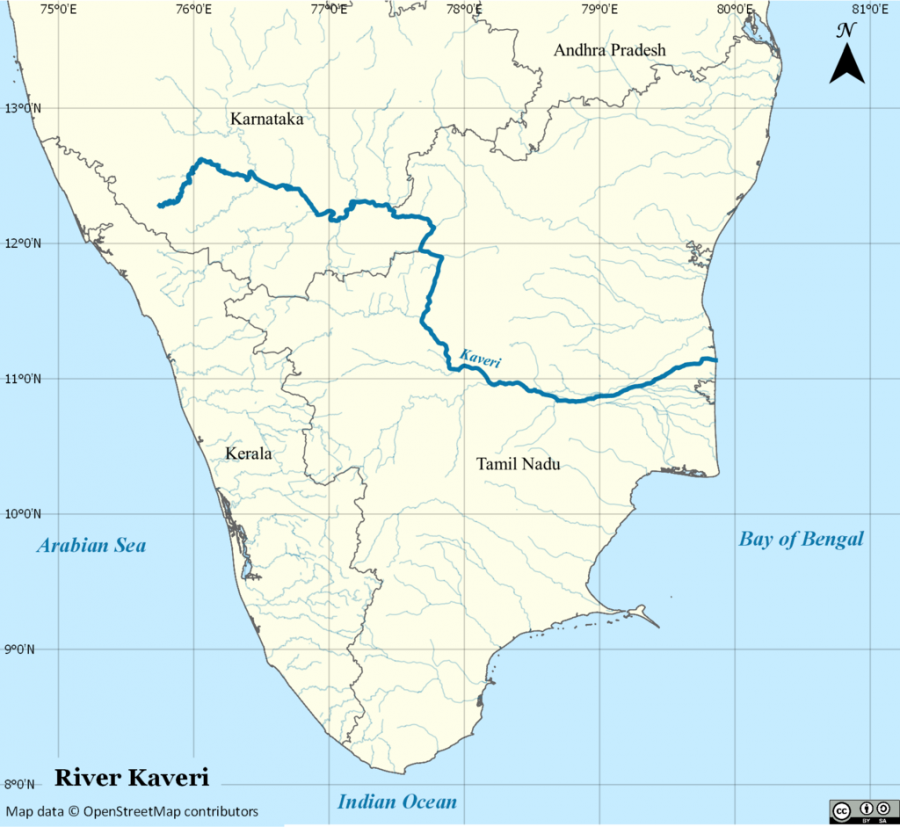 In times of plenty, the sharing works: Karnataka lets a set amount of water flow into Tamil Nadu's reservoirs. But in times of scarcity, like this year, the states claim there just isn't enough to go around.

This latest skirmish began when the chief minister of Tamil Nadu — where 93 percent of districts face drought — said Karnataka was reneging on its obligation to supply them with water. The court told Karnataka to turn on the tap and allow 13.7 thousand million cubic feet to flow into Tamil Nadu over 10 days, starting Sept. 13.

Protesters there are trying to call attention to the fact that, while data may indicate that rainfall was adequate this year, 90 percent of Karnataka's districts are facing drought conditions, too. The reservoirs are less than half-full and there is no water for irrigation and agricultural use.

It's a situation that also affects the urban IT crowd in the city, known as India's Silicon Valley.

Water is being metered out for domestic use in Bangalore; those who can are ordering private tankers to make up the difference. And residents have been taking out frustration with their neighbors by attacking people of Tamil origin in the city.

As Bangalore lifted a curfew in 16 of its zones, its neighbor state went on strike to protest the targeting of Tamils in the IT hub.

The water will get turned off on Sept. 20; there's no saying if that will spark a fresh round of violence.

Activists on the ground are pushing for the states to share, while also calling for better water resource management, including rainwater harvesting and shoring up catchment areas ahead of the winter monsoon, which starts next month.

Clearly, it's hard to play fair when a precious resource is already scarce.