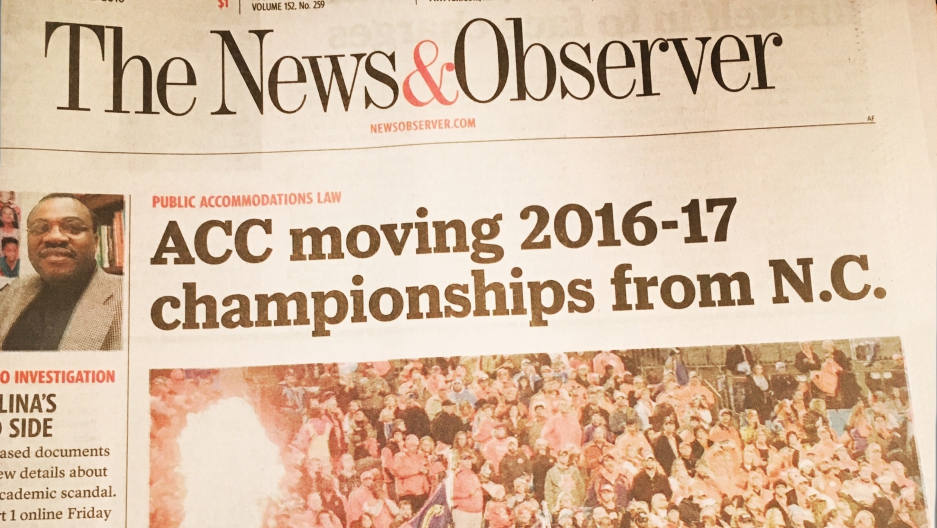 An HB2 headline in the Raleigh News and Observer.

North Carolinians love their barbeque and basketball — although we never stop arguing over which sauce and which team is best.

With the recent decisions by the NCAA and the ACC to move their tournaments out of the Tar Heel state because of House Bill 2, we’re now left to fight over red sauce versus vinegar. If you’ve missed the recent controversy, HB2 requires transgender people to use the restroom that corresponds to the sex listed on their birth certificate.

It also eliminated all discrimination protections statewide for LGBT individuals, among other provisions.

There’s been lots of media attention focused on North Carolina as a result of the passage of HB2, especially with the slew of concert cancellations starting with Bruce Springsteen and the decisions by PayPal and Deutsche Bank to halt their expansion plans here.

Want to hear Steven talk about why we should let each other pee in peace?
Subscribe on iTunes

Now, the state is in the national headlines again with news of the NCAA’s and ACC’s decisions to follow the NBA’s lead in boycotting the state. Here’s how USA Today reported the news: “NCAA to move 7 championships from North Carolina due to HB2 law.”

In this super-charged debate, I’ve been most surprised by Governor Pat McCrory’s citing of “basic etiquette” as his defense of North Carolina's discriminatory law. Soon after the bill’s signing, McCrory told NBC News:

“We’ve had these proper etiquette situations for decades in our country, and all of a sudden, through political correctness, we’re throwing away basic etiquette.” 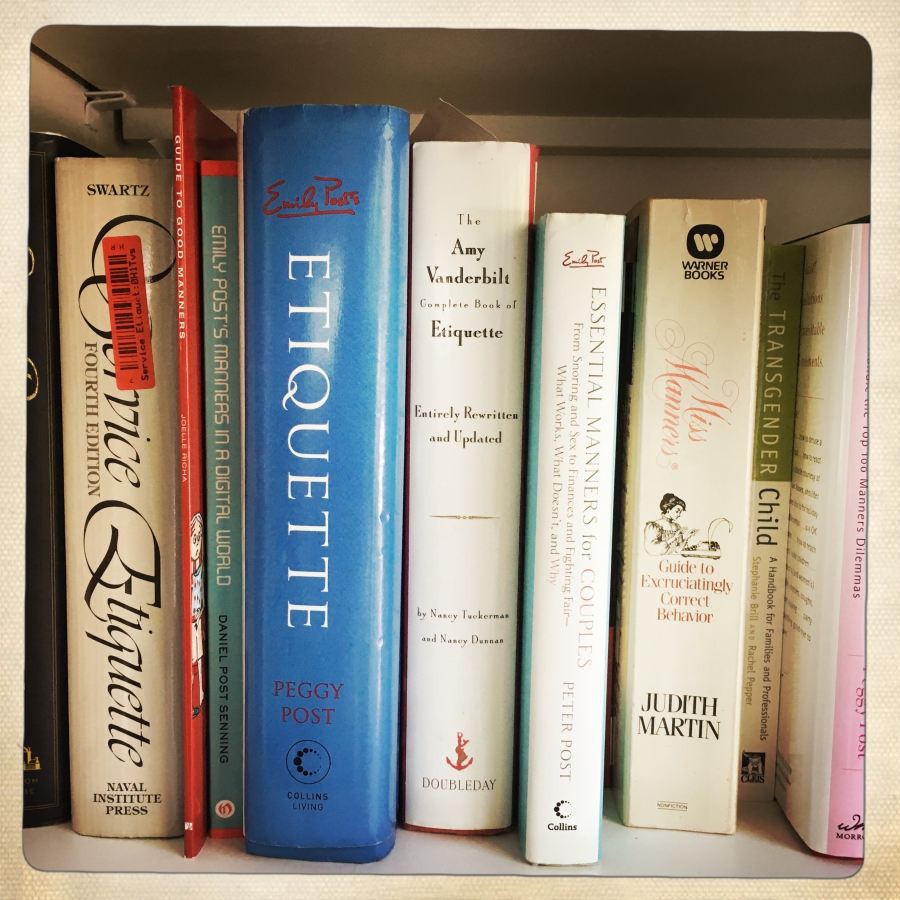 Some of the manners books in Steven Petrow's collection.

While some in the media call me “Mr. Manners,” I’ve never heard of any bathroom etiquette rules that would address this topic. So I turned to my collection of about 200 etiquette books.

The late, great Amy Vanderbilt did mention “bathrooms and etiquette” in her big book of manners. But she only covered the issues of  “care of by weekend guest” (“leave it as you found it or better”) and “gift suggestions for…” (“bath salts and bath mitts, if they are not from the bargain counter in a drug store”).

Perhaps, I thought, online manners experts would have more to say about all this. A quick search took me to the International Center for Bathroom Etiquette. (I did smile when I read their tagline: “Performing #1 and #2 in comfort and style since 1995.”) 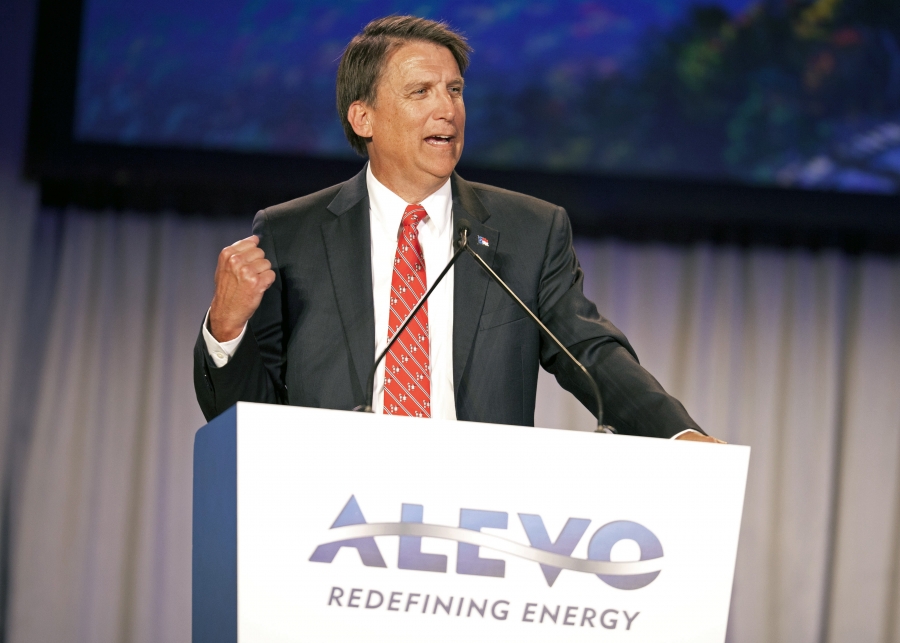 However, I found nothing to back up McCrory’s assertion.

If asked, I’d have advised him to consider this from my frayed edition of Emily Post.

“Consideration for the rights and feelings of others is not merely a rule for behavior in public but the very foundation upon which social life is built.”

I understand that many of my fellow Tar Heels don’t understand “gender identity” and what it means to be transgender, especially the extremely high rates of depression and suicide. But let’s all try to remember this: Acceptance isn’t predicated on understanding.

It comes from the heart — or as Post would have reminded us, “kindness and consideration.”

Want more from The Civilist? Subscribe on iTunes or anywhere where you get your podcasts.