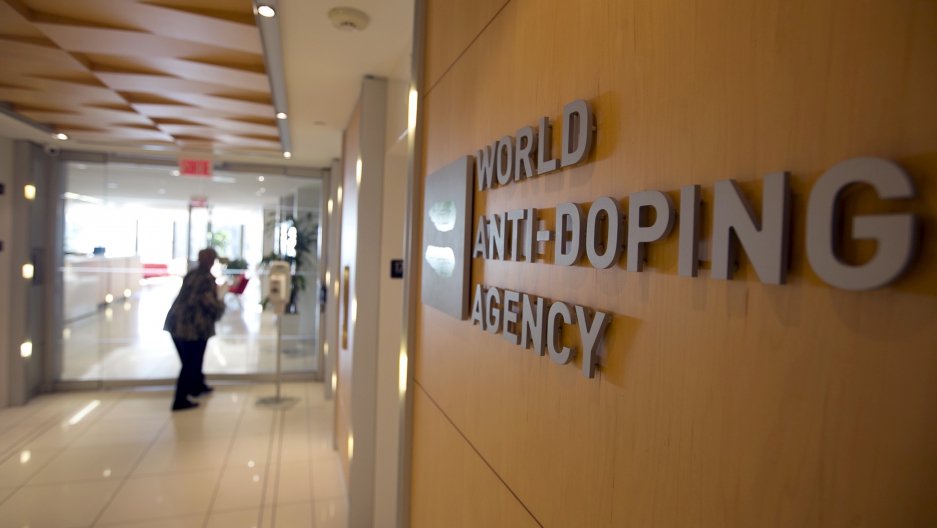 Victims of the hack include tennis stars Venus and Serena Williams and gymnast Simone Biles.

WADA blames a hacking group known as Fancy Bear, or Tsar Team, which has also been accused of targeting the White House, the State Department and the Democratic National Committee.

“This is a very well-known group, and a very successful group,” says Sheera Frenkel, a cybersecurity correspondent for BuzzFeed News. “They use really simple methods to get into these systems and then stay there for a long time collecting information.”

The leaked records seem to show that the American athletes used banned performance enhancing substances. But athletes are eligible to receive a Therapeutic Use Exemption (TUE) for medically necessary prescription drugs, and anti-doping officials and representatives of the US Olympic team say there's no evidence of any wrongdoing.

But some in Russia don't see it that way. Pro-Russian voices on social media and Russian news media claim the records show that WADA and the International Olympic Committee may have applied a double standard when it comes to anti-doping enforcement. They accuse officials of unfairly allowing US athletes to use banned substances — perhaps by abusing the TUE system — while cracking down on the Russian team.

“You see across Russian media this being celebrated as a ‘gotcha’ moment,” says Frenkel.

WADA banned most Russian athletes from this summer's Olympic Games in Rio de Janeiro because of systematic doping in Russian sports, especially at the Sochi Olympics.

“I think the banning of their athletes was a really harsh blow,” says Frenkel. “It was taken quite personally by the Russian government.”

That doesn't necessarily mean Russia was behind the hack. The Kremlin denies that it was involved.

“We don’t know yet whether these hackers were backed by the state, ordered to do what they did by the state,” says Frenkel. “But I think there’s no doubt that across Russia this is being seen as a sort of retribution for what happened to their athletes in the Olympics.”