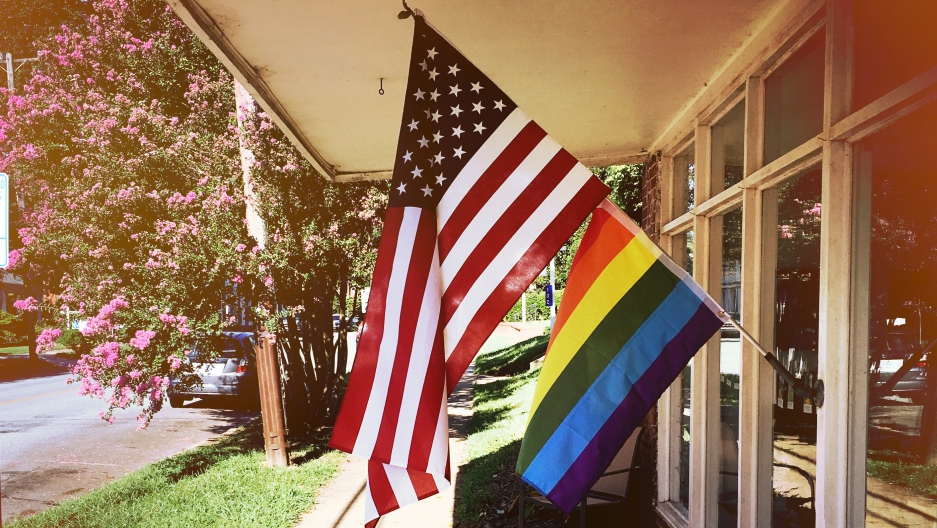 In The Civilist, Steven Petrow will explore issues of civility in politics, LGBT rights and more.

I live in North Carolina, where I write the “Civilities” column for the Washington Post, which is about LGBT and straight social dilemmas. I also pen the “Digital Ethics” column for USA Today.

For almost two decades the media referred to me as “Mr. Manners” — because of my advice books, not necessarily my own deportment. Alas, Miss Manners threatened legal action earlier this year if I didn’t stop using that moniker, and I stopped — not wanting to get into a fight with a legend. Now I go by “The Civilist,” and it’s my pleasure to welcome you to “The Civilist” podcast, a three-way production of PRI, North Carolina Public Radio WUNC and me.

What’s a Civilist anyway? An ethicist? A therapist? A jurist? A little bit of each?

Actually, you won’t find the word “civilist” in the dictionary at all any more, because the term has become obsolete. Old-style civilists are an endangered species.

But I like the old dictionary definition: A person who adheres to a moral code in line with our laws  …  with a dollop of “good citizenship.” I think of The Civilist as a gender-neutral Girl Scout, someone who embodies the scouts’ attributes of honesty and fairness, consideration and caring (not to forget courage and responsibility), all in an effort to “make the world a better place.”

Want to hear Steven talk about why we should let each other pee in peace?
Subscribe on iTunes

After all, Girl Scouts are more than just Thin Mints and Tagalongs!

Here’s how I described our show for iTunes:

“Fed up with flaming and unfriending, snark and shade, when discussing hot-button issues like politics, religion, guns, LGBTQ rights and more? Then it’s time to join The Civilist, with the Washington Post’s Steven Petrow, as he and his guests take on the issues you care about. Petrow’s guests are, politically speaking, Red, Blue, and Purple; his focus is on how to talk together, not who’s right or wrong. He’s determined to make American kind again.”

Our first episode was recorded in my hometown of Hillsborough – at our local café. On any given day, I’m likely to find a good mix of people at Cup A Joe. A biker and a banker. A Poet and a Reflexologist. A couple of yoga instructors. Some real estate agents.  A handyman and a retiree or two. Hello, America.

Folks here don’t shy away from debate, whether about gun rights, who gets to pee where, or political correctness run amuck. I’ve heard it get pointed. But I’ve never heard a mean-spirited word.

I listen to my friends and neighbors, who listen to each other. They make eye contact. Sometimes there’s a surprised glare of disbelief. “You said what?” Followed by a smile.

Or a light touch on the shoulder.

But what I love most about these coffee talks is how civil they are. Despite the name-calling on TV and online. Despite the high stakes in this state and on the national scene. It’s not a “national conversation,” but a local one.

In the episodes to come, I hope to capture the essence of these. We’re going to tackle some of today’s tough political and social issues — from the ones we talk about at the kitchen table to the ones we decide at the ballot box.

We’re going to leave room for people to disagree. But my focus is on how to talk together about these hot-button topics together, not about who’s right or wrong. We're not playing to win.

We’ll also be talking about family drama, illness and death, dating and sex, plus any other questions you have on your mind. New episodes can be found on iTunes, Google Play Music, via RSS and on the PRI and WUNC websites.

I’ll be bringing in some of my expert friends to answer your questions. If you’ve got one, we prefer a voice memo emailed to thecivilistpodcast@gmail.com or leave a voicemail message at 919-263-0929. Thanks for joining us. You can reach me @stevenpetrow.