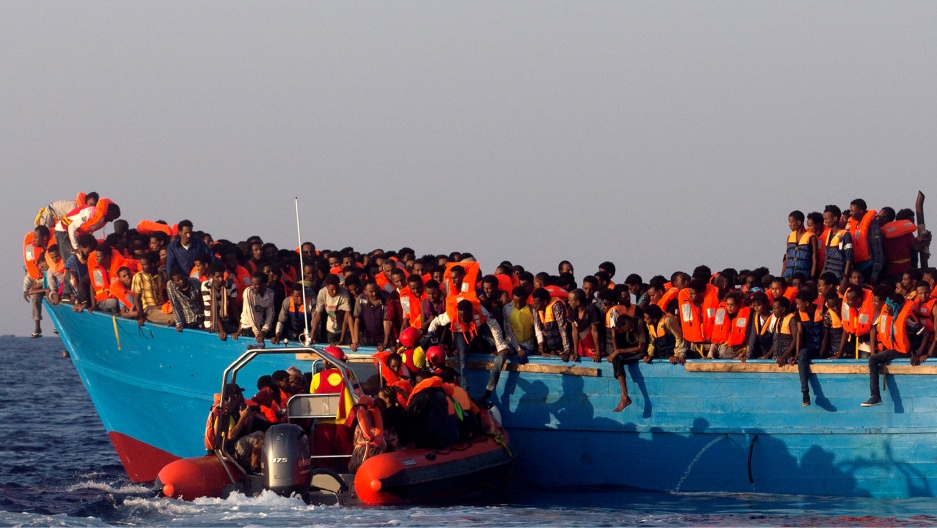 A rescue boat of the Spanish NGO Proactiva approaches an overcrowded wooden vessel with migrants off the Libyan coast in Mediterranean Sea.

When it comes to rescue missions, Mehdi Salehi says every second counts, and he would know.

More than a decade ago he fled the Taliban in Afghanistan. He made his way to Turkey, and later rode a flimsy boat to Greece. Now Salehi is working to help other refugees survive the perilous sea crossings to Europe that have claimed thousands of lives.

To do that, he's become a drone expert.

Salehi developed a "real-time data gathering and sharing platform," he told the BBC. "You use this drone system to identify where refugees are ... and what their needs are," he explained.

His program, “Drones for Refugees,” allows for broadcasting the exact locations of boats in distress. Following months of research, Salehi piloted his first fleet of drones this summer in Lesbos, Greece — a major arrival point for refugees fleeing to Europe.

Research is important to Salehi. He wanted to know as much as possible about the circumstances of various refugee boats in order to optimize his design to save the most lives.

Day to day, the program works like this: Drones fly over typical paths for refugee boats, and when their systems identify one in distress, they send GPS location, camera footage and infrared sensor data to websites and cellphones used by coastguards, search and rescue teams and merchant ships.

The sea crossings, perilous for humans, aren't always easy for drones either — especially amid sensitive relations over airspace, like those between Turkey and Greece. Salehi's confident about his program's mission, though.

Eventually Drones for Refugees hopes to add emergency air drops and two-way messaging systems to its fleet. But before that, "the main purpose is to identify the GPS location of refugee boats, and send help right away."