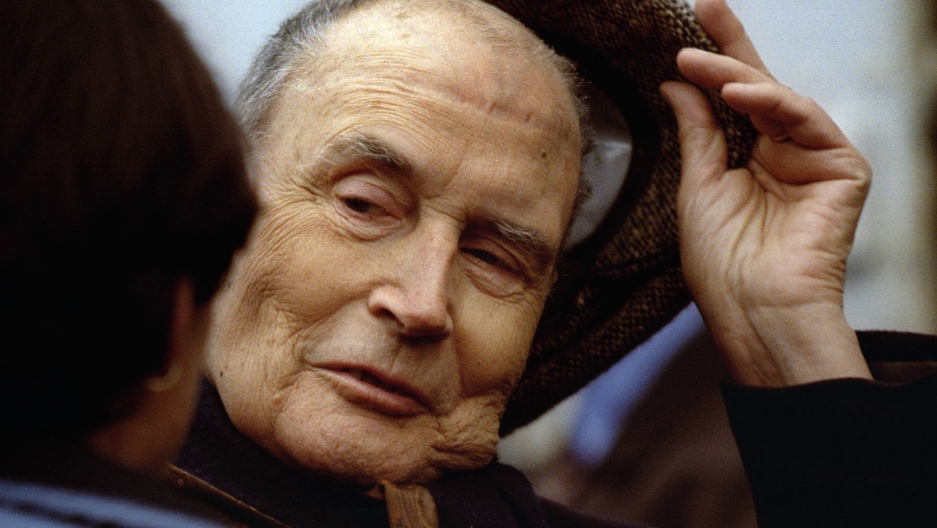 French President Francois Mitterrand raises his cap as he goes for a walk in the streets of Chateau-Chinon in 1995.

It's hardly unusual in France for a politician to fail to reveal an illness or medical condition to voters.

President Francois Mitterrand served with prostate cancer for more than a decade before the French electorate found out.

He failed to disclose his condition during his 1988 re-election campaign.

"It was only about 12 years after his diagnosis that this came out in public, shortly before he retired," says TIME magazine's Vivienne Walt.

Mitterrand was president from 1981 to 1995. He died of prostate cancer a year after stepping down.

French President Jacques Chirac suffered what doctors called a "minor stroke" while in office in 2005. At the time, authorities provided the public with little information about the severity of the incident.

Walt says the Chirac era marked the end of the era when French citizens accepted that they'd know little about their leader's health.

"Right after that came Nicholas Sarkozy, who was shockingly young by French standards," Walt says. "He was in his early 50s, and he loved to be filmed jogging. There were very famous videos of him during the campaign jogging around the parks with his security detail. He was all youth and vigor. He was the new generation. In fact, one famous photo of him showed him jogging up the steps of the Champs Elysees Palace in his shorts and sneakers."

Sarkozy is making another run for the presidency and is once again jogging in Paris parks.

In contrast, French President Francois Hollande is "famously sedentary," according to Walt.

"He never does a stitch of exercise that anybody knows," Walt says. "His son was recently in one of the gossip magazines saying his dad had a treadmill but he never used it."

When UK Prime Minister Theresa May revealed that she had Type 1 diabetes, she assured others with the condition "you can still do what you want to do."

"There was never a single question about whether this might affect her performance," Walt says. "It just was regarded as being almost kind of tasteless to go down that road of enquiry."

May has divulged that managing her blood sugar levels has required some bending of the rules.

She admits she's surreptitiously violated the House of Commons' strict prohibition on not eating in the chamber and quietly devoured handfuls of nuts when the speaker wasn't looking.