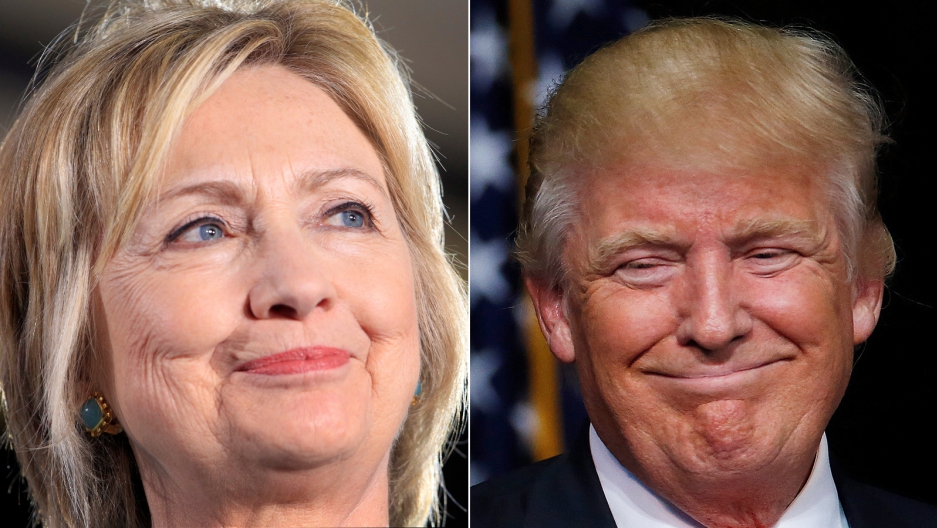 After Hillary Clinton left a 9/11 memorial ceremony this past Sunday — appearing, on video, to stumble as she did so — it was announced that the Democratic presidential nominee is being treated for pneumonia.

This incident followed weeks of Republican speculation about her health, and has further inflamed an ongoing question in the 2016 election season: Do presidential candidates have a right to keep their health private?

Clinton and Donald Trump, the GOP nominee, are two of the oldest candidates ever to make a presidential bid — and neither has shared much information about their health.

Dr. Marc Seigel, Fox News medical correspondent, says that this is unacceptable in the age of information.

“I understand what campaigns are going through, because they want to make sure that information isn’t distorted," he says.

"But let me tell you what the problem is: If you have a vacuum of information, guess what, pundits and even physicians tend to fill that vacuum. They tend to speculate. They tend to say — and this was going on all day Sunday— 'It could be this! It could be that! Maybe it’s severe! Maybe it isn’t!' But that’s doing the public a disservice. Because the public here has a right to know about the health of candidates for president of the United States.”

Siegel argues that before information could be distributed so quickly, important medical information was kept from voters. Look at FDR’s polio and JFK’s Addison’s disease.

“Before, many generations ago, we had things going on like Woodrow Wilson having a stroke in office and nobody knew about it. Imagine how that would feel now!”

When Senator Bob Dole ran in 1996 at the age of 73, the oldest candidate to run for president, he released his full health records under pressure from President Bill Clinton’s campaign. This continued on to the 2000 and 2004 elections. “President Bush did reveal his full health records, with [Secretary of State] Kerry releasing a little less than that,” says Siegel.

And then, in 2008, Senator John McCain set what Seigel hoped would be a precedent. Given McCain’s history with melanoma, and his age (over 70) at the time, the presidential hopeful responded to the public’s interest in his health. “Senator McCain released his full records for a limited viewing [by] journalists and physicians in Arizona.” Seigel remembers. “I was lucky enough to attend that.”

But the 2016 campaign, with its aging candidates, is not rising to McCain’s example.

For Trump’s campaign, which been putting forward conspiracy theories about Hillary’s health, Clinton’s pneumonia is an important talking point. Trump has said he will release new medical records later this week, and has further stated he will fully disclose his medical records if Clinton does so first.

But Siegel says Trump’s track record on health disclosure isn’t great either. So far, Trump has only released a letter from his physician of 25 years, Dr. Harold Bornstein. Bornstein wrote, “If elected, Mr. Trump, I can state unequivocally, would be the healthiest individual ever elected to the presidency.” The letter's hyperbolic language — and Bornstein himself — have been widely mocked; Bornstein said he wrote it while Trump's limo sat outside, waiting.

If elected, Trump would also be the oldest president ever.

“I’m troubled by the letter from Donald Trump’s physician,” Siegel says. “Certainly, he appears on video to be healthy. But look, that’s part of the problem. I don’t think diagnoses or diagnostic impressions or speculations should be made [based] on video. He is 70 years old. I think he should release his full records as well.”

As for Clinton: Her campaign says the pneumonia diagnosis came Friday, yet the candidate kept a full schedule through the weekend. And when she did run into trouble Sunday, the campaign initially said she'd overheated — only later acknowledging the pneumonia diagnosis. That raised questions about her transparency with the public.