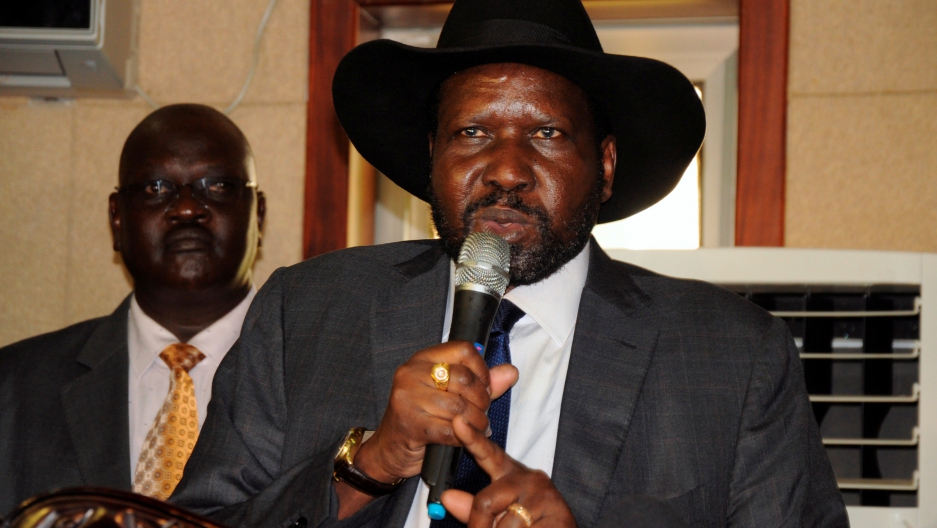 South Sudan's President Salva Kiir is condemned as part of a "kleptocratic elite" in a new report by The Sentry.

South Sudan, the world’s youngest nation, is ruled by a “kleptocratic” political and military elite who enrich themselves while plunging the country into a brutal civil war, according to a new report commissioned by George Clooney.

A little about this war: It broke out in late 2013, when President Salva Kiir accused his former deputy Riek Machar of plotting a coup. It has killed tens of thousands of people and forced more than 800,000 to flee to neighboring countries.

Human rights groups say both government forces and Machar's rebel troops have frequently used rape as a weapon of war.

Meanwhile, the report says, the leadership of both sides of the war are profiting from it.

Both Kiir and Machar own luxury properties in the same upmarket neighborhood in Nairobi, Kenya, and have employed family members in high-level positions, the report says.

It adds that General Paul Malong, a senior military figure, also has at least two luxury villas in Uganda, and a mansion in Kenya. His official salary is only $45,000 per year.

The president’s son also has a 25-percent share in a holding company. That son is 12 years old.

"Top officials ultimately responsible for mass atrocities in South Sudan have at the same time managed to accumulate fortunes, despite modest government salaries," the document says.

The report "War Crimes Shouldn't Pay" was produced by The Sentry, an organization co-founded by Hollywood actor Clooney and activist John Prendergast that tracks conflict financing in Africa.

In South Sudan's war, political rivalry may have been the primary cause, but the report says the conflict's "key catalyst" was actually "competition for the grand prize — control over state assets and the country's abundant natural resources — between rival kleptocratic networks led by" Kiir and Machar.

Those accused have yet to issue a response to the report.

Clooney said the findings were "irrefutable" and called on the rest of the world to act against both sides in the conflict.