Police are holding eight people in France after the discovery of a car laden with gas cylinders in the heart of Paris, with President Francois Hollande saying a plot has been foiled and a terrorist cell "destroyed."

Here is what we know so far about the plot:

A worker at a bar near Notre Dame cathedral in Paris's central tourist area spotted a gray Peugeot 607 illegally parked in a side street on September 4.

It had no number plates, its hazard lights were flashing and there was an empty gas cylinder on a seat.

Police discovered five full gas cylinders in the boot, but no detonators. Three bottles of diesel fuel were also found in the vehicle.

Police believe the car was intended to be used in an attack. 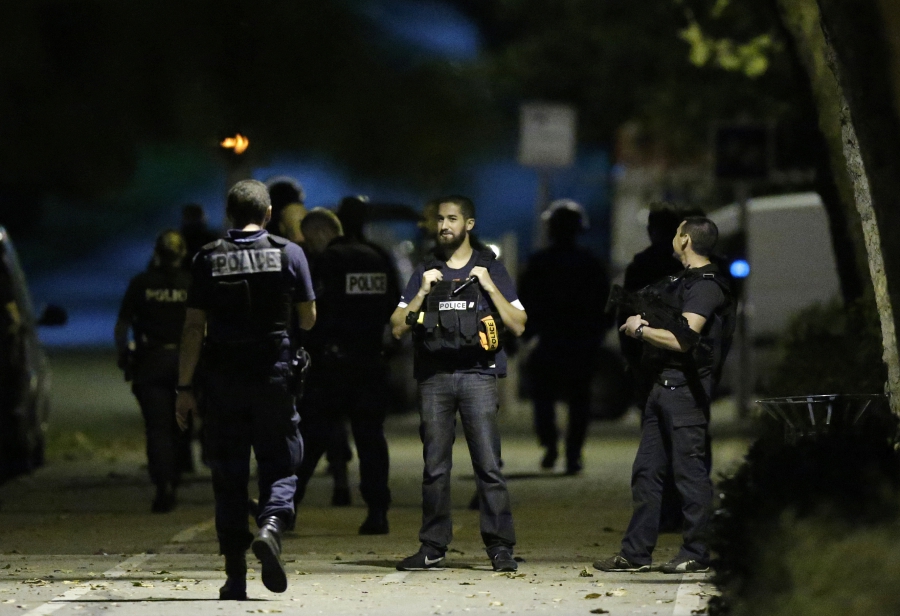 French policemen take part in a police raid in Boussy-Saint-Antoine near Paris, France, on September 8, 2016..
Credit:

The car's owner, known to authorities for his Islamist preaching, was questioned and released, but attention quickly shifted to his 19-year-old daughter Ines Madani, whom he described to investigators as radicalized.

She was arrested on Thursday along with two other women aged 23 and 39.

Madani had pledged allegiance to the Islamic State group in a letter, a source in the probe said.

The teenager was shot and wounded during the arrests, and a police officer was stabbed in the stomach.

Belgian TV reported that she was known to have made contact with Islamic extremists in Belgium.

The boyfriend of one of the women was also arrested. He is reportedly known to intelligence services for links to radical Islam.

Four other people — two brothers and their girlfriends — are also in custody.

The first couple arrested, a 34-year-old man and a 29-year-old woman, are known to the security services for links to radical Islam.

French security services had issued a warning about a possible attack on train stations in Paris and the southern suburb where Madani lived, a police source said.

The foiled plot comes two months after a Tunisian radical slammed a lorry into a crowd of Bastille Day revelers in Nice, killing 86 people.

ISIS has claimed responsibility for a string of jihadist attacks, including last November's coordinated bloodshed in which gunmen and suicide bombers killed 130 people in Paris.

In May, the head of France's DGSI domestic intelligence service, Patrick Calvar, warned of a "new form of attack" in which explosive devices would be left near sites that attract large crowds.