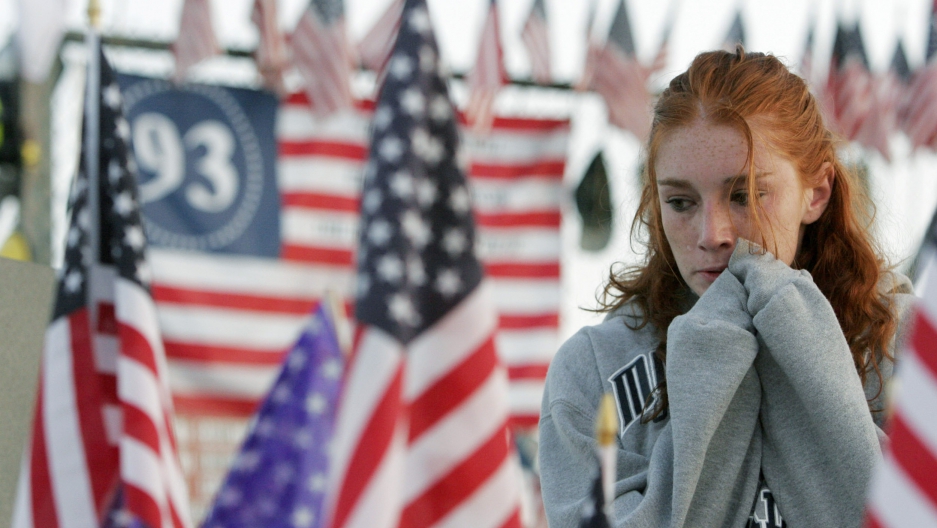 I think it happened as I was walking from science class to civics.

My civics teacher — I think her name was Ms. Jones — had the TVs on and barely addressed her class of seventh graders. Was she on the phone? With the principal? I don't know.

And this is the thing — Americans in their 20s and younger have grown up in the immediate aftermath of this major event we know changed the world, but most of us can't clearly remember it. Some of us, if we were really young, didn't even learn about it until later.

"I don't really remember what happened, to be honest. Nobody explained it to me," Martirosyan says. "I maybe found out about what happened a year or two later. I remember discovering the Time magazine 9/11 issue in my parents' bookshelf. And I was just shocked. I remember thinking, 'That's what happened? Why didn't anyone tell me?' And to this day, it's not really explained."

But it's hard to make sense of a major terror attack on your country at such a tender age. David Lubbock, whose mom Joyce Hackel is a producer for The World, was only about 3 when he made this illustration at school a year after the attacks:

Little David thought it was the Empire State Building. Because this is how kids process things.

Nadia Spock, another former intern at The World who is now 21, knew something was wrong when her mom picked her up from elementary school on Sept. 11, 2001. But she didn't learn much about the attacks in the following years.

"[I]n school there's such an emphasis on only learning about what's considered history and what was in the past, but that was such a monumental part of our childhood and our generation," Spock says.

"I think, as children, we should've been able to know what was going on as it was unfolding. And I think the assumption was that we wouldn't be able to understand it."

A lack of explanation in the years since 9/11 has resulted in sustained confusion for some young Americans.

Kelsey Proud, 28, was a little bit older than Spock when it happened — a young teen. But she didn't hear much about it in school, either.

"For several years it wasn't really in history books," Proud says. "It was a small paragraph at the end of American history books because it was a situation that was changing so quickly. So we didn't talk about it too much in depth. And that was it."

And if you were born after the attacks, trying to understand them the way people who lived through them do is kind of like being dropped into a smoke-filled room and trying to find your way out. Especially for Mariam, a freshman in high school who is Muslim.

"I understand the event as a group of people who came and destroyed the Twin Towers," she says. "For the past three years, I've been wearing the hijab and every day on the tragic day, 9/11, I get picked on by people at my school. I get called many names, but I wasn't even born when it happened. I learned about it in school, and the teachers would tell me that Muslims are the ones who did it. I would think, no way, my religion doesn't allow that."

"I still believe that it was some type of set-up," Mariam says. "I always think about 9/11. I mean, how could I not? Everyone in school makes jokes about it. And it's not even funny. It's not even funny anymore. I feel very sad when they bring it up in a laughing matter, because it's not. People should take it more seriously."