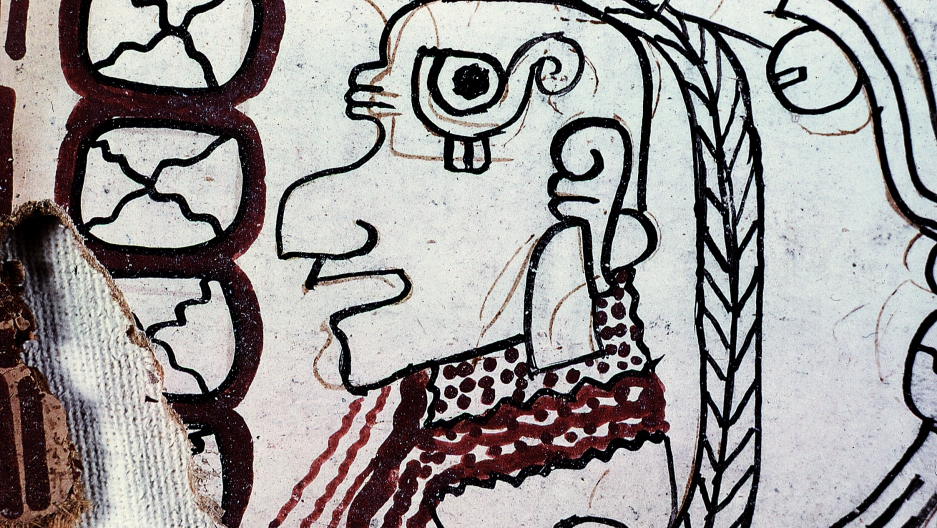 A detail of an image from page 4 of the Grolier Codex with red underpainting visible.

Scholars of pre-Columbian history have been trying to decipher something called the Grolier Codex ever since it was discovered by looters in a Chiapas cave back in the '60s.

It's a 13th-century manuscript that may contain some of the collected wisdom of the Maya people. But there's a question nagging researchers who have inspected it: Is it authentic?

“Absolutely, and having started in the corner of the doubters, I have moved to the opposite side of the ring and I have no doubt of its authenticity,” says Miller, who teaches art history.

She was part of a team of researchers who “wrapped our heads around the Codex, and we began to come at it from every possible direction, and we built upon really rather remarkable new studies that have come to light.” 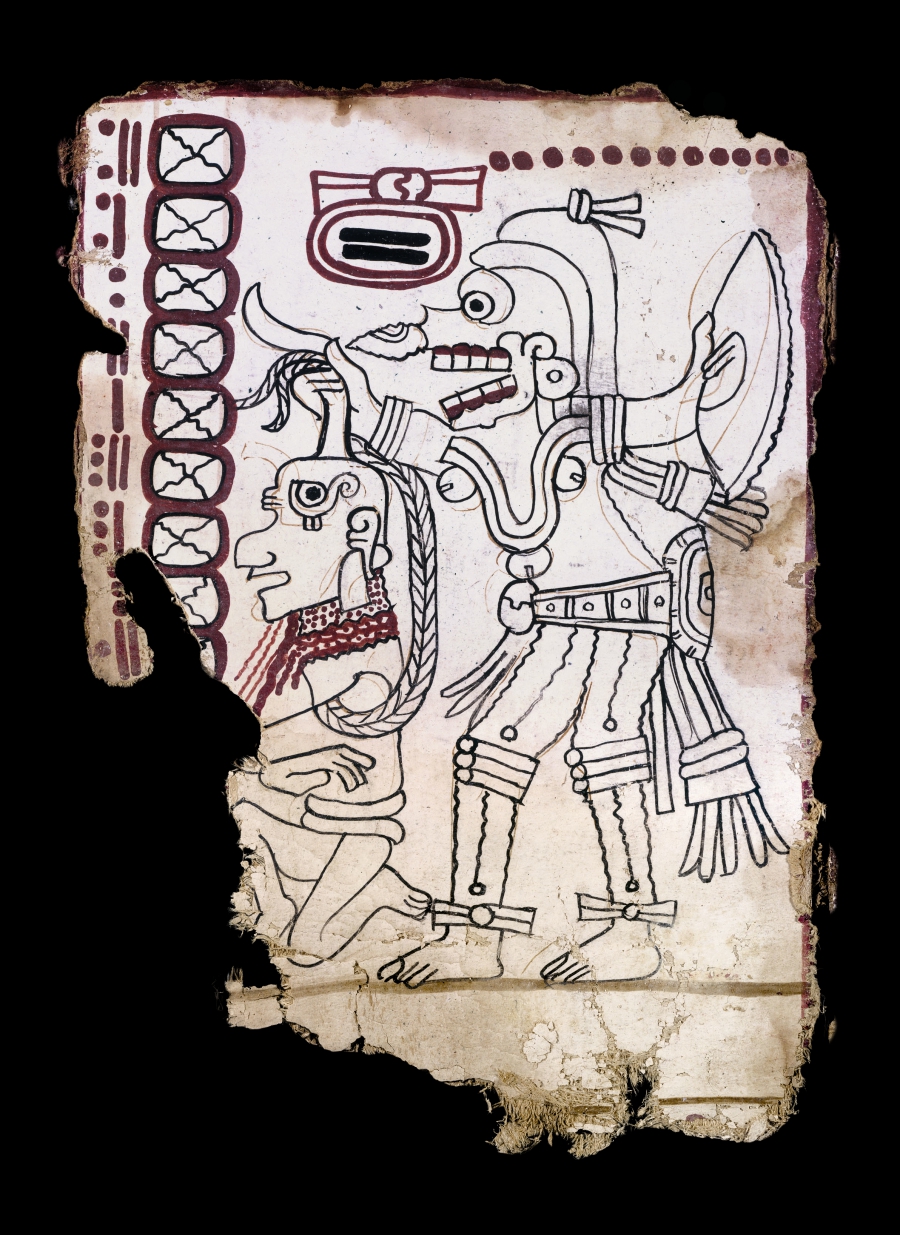 Page 6 of the Grolier Codex.

Skepticism surrounding the Grolier Codex may have to do with the fact that it was first discovered by looters, not scientists, and that its artistic complexity looks a little sketchy compared to the Mayan codices.

“Our goal was to see if there was something that was modern that [may] have been put into the paint on the Codex ... to confirm that it was a 20th-century fraud," Miller says, "and in fact what we found was that there was not a single thing that you could say about it, in terms of its [agreement] with reality, that wasn't authentic.”

Miller says the team carefully reviewed recent research, including one study that radiocarbon-dated the paper to figure out whether the kind of bark used was historically correct. They also checked into the very rare blue Mayan pigment used on the final page of the Codex that survives, which had not been analyzed and replicated in a laboratory until decades after the manuscript was discovered. Some of the intricate features depicting the Mayan deities, says Miller, weren’t even known back in the '60s and are only now apparent as a result of recent scholarship.

But the Grolier Codex is a just a fragment of its former Mayan self. It’s 10 painted pages decorated with ritual Mayan iconography and a calendar that charts the movement of the planet Venus, believed to be connected with a warfare deity.

Miller says hundreds of similar Mayan codices were destroyed or burned at the time of the Spanish invasion in the 15th century.

So, the Grolier Codex is the real deal, according to this team of Yale researchers. It represents the oldest surviving book from ancient America. And unlike its pre-Columbian cousins, the Paris Codex and the Dresden Codex, this one will stay in Mexico.

“I'm very happy to say that the Codex is in a very safe place," Miller says. "It is inside the vault of the Museo Nacional de Antropología in Mexico City, where it is completely secure and beautifully cared for, and I hope that others will have the opportunity to examine it." 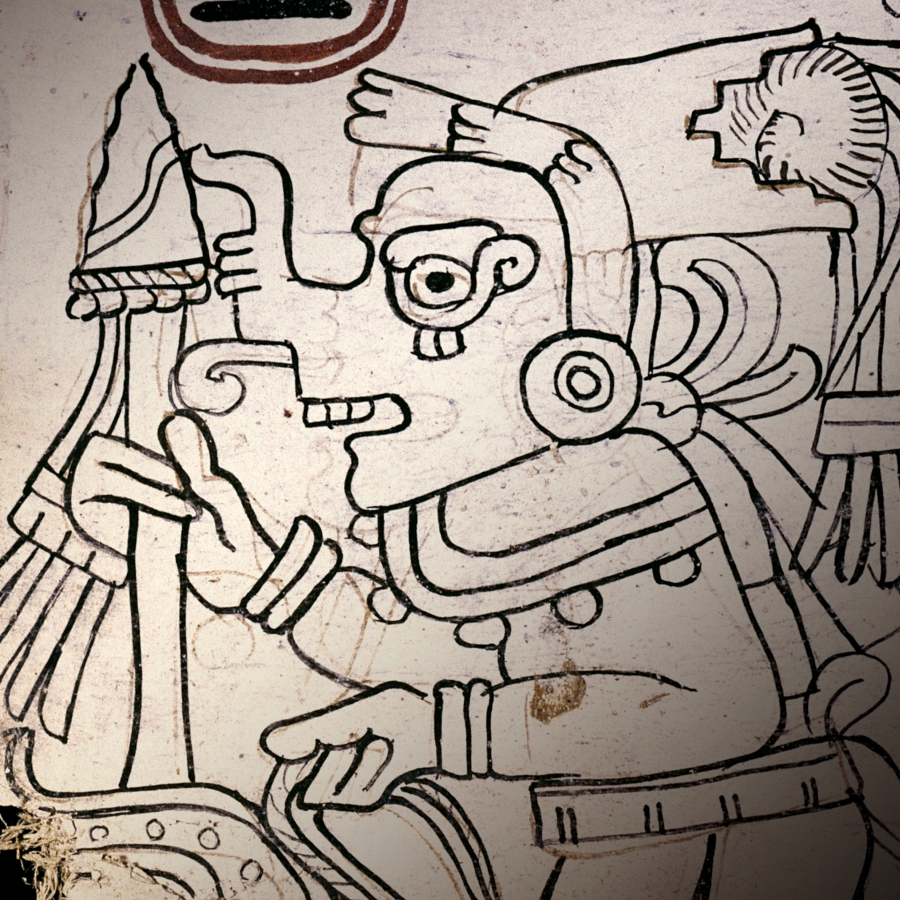 A page from the Grolier Codex, respectively.  Drawings of underpainting are by Stephen Houston.