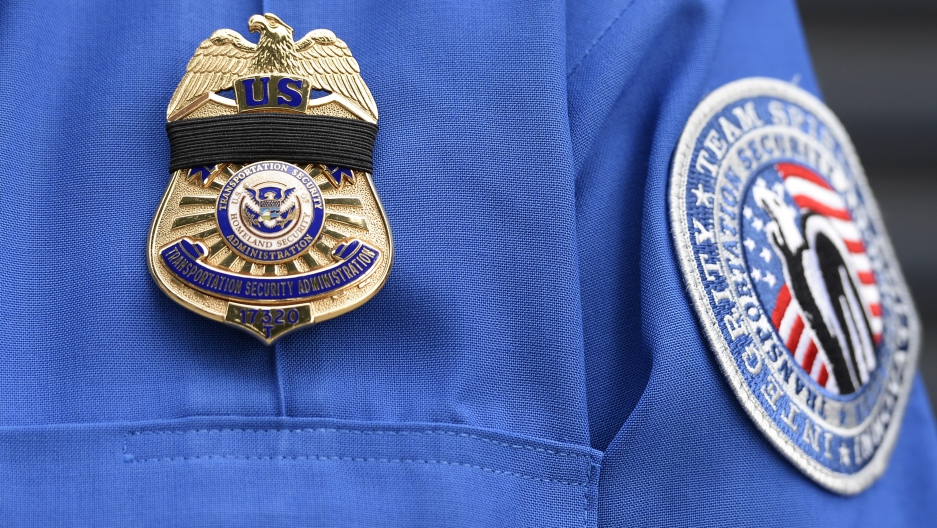 A TSA agent wears a black ribbon over his badge during a memorial service for a slain colleague.

Lawrence Wright is worried about what Americans have lost since 9/11.

Wright, a New Yorker staff writer and the author of a seminal work on the rise of al-Qaeda, "The Looming Tower," is concerned that an entire generation has grown up in a US that's very unlike the country he remembers.

"You could walk into office buildings without having your picture taken. You could go visit the Liberty Bell without taking off your shoes and your belt," Wright says. "Those were liberties and we've given them up. But I just hope that they're not forgotten."

Wright spoke with us about 9/11 and how the last 15 years of fighting terrorism have changed the US. You can listen to the extended interview here and read highlights below.

On the faulty information that justified the US invasion of Iraq

"One of the saddest things in my life is to see what happened to our country since the invasion of Iraq. And the way that we got into that conflict in part was because of the capture of this man Ibn al-Shaykh al-Libi, who was thought to be a senior al-Qaeda member because he was in a training camp in Afghanistan that actually was not a part of al-Qaeda. And he was giving good information to the FBI until the point when the CIA took over the investigation. And as one of the CIA chiefs said at the time, 'We'll send him to Egypt. You send him in the morning and you get the answers in the afternoon.' And sure enough the answers they were seeking came back saying that [Osama] bin Laden was working with Saddam Hussein and that they had weapons of mass destruction. And that was the source of information that Colin Powell took to the UN to justify the invasion — all built on torture."

"It's been a tragedy that we have followed the script that al-Qaeda has laid out for us from the beginning. Bin Laden had a plan when he attacked America. He wanted the US to go into Afghanistan and replicate the experience of the Soviet Union, which invaded Afghanistan and engaged in a very bloody and failed effort there, and then shortly after that it dissolved. And bin Laden had the vision that the same thing would happen to America: that we would become the dis-United States. And of course that didn't happen. He miscalculated. But that was his goal: to draw us into this conflict. And we went in probably far deeper than he could ever have hoped for. Iraq and Afghanistan are now the longest wars in American history."

On his own connection to the Middle East

"I was a conscientious objector during Vietnam. And at that time you had to serve somewhere that was 50 miles away from your home. It had to be low-paying and nominally in the interest of the United States. I didn't have a problem with being 50 miles from home. I wanted to get as far away from the country at that time as I could. So I went to the United Nations and I asked for a job. And they said that they didn't do that, but they had a list of American institutions abroad and one of them was across the street at 866 UN Plaza: the American University in Cairo. And it was the most consequential walk across the street in my life. I had no idea how it was going to affect the rest of my life. I didn't know that we didn't have any diplomatic relations with Egypt at the time. There were scarcely any Americans in that country. I don't think I knew what language they spoke, but 48 hours later I was teaching my first class. So I was plunged into a culture that I didn't understand but I became very fond of."

"I had a wonderful two years in Egypt. The Egyptians, especially the students that I spent so much time with, were so sweet to me. I just found them lovely and rather jovial people. And I always felt very much at home there. So it was so wrenching to me after 9/11 to find that that culture that I was so fond of was waging war against the culture that I'm a part of. Terrorism has changed America and it has changed the Arab and the Muslim worlds."

Wright's new collection of essays is called "The Terror Years: From al-Qaeda to the Islamic State." Here's an excerpt.