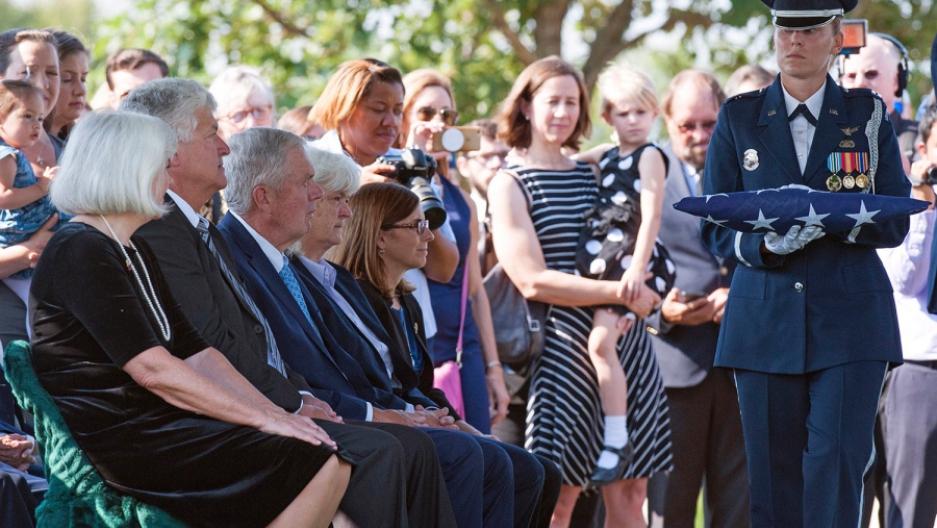 One of America's fearless World War II-era female pilots has finally been laid to rest at Arlington National Cemetery.

Elaine Harmon, who died last year at 95, was a member of the Women Airforce Service Pilots (WASPs) during World War II. Seventy years after she served her country, her ashes were inurned Wednesday with full military burial honors, alongside thousands of her fellow veterans.

The WASPs flew military planes on noncombat training missions, transported cargo and did whatever else was asked of them during World War II, in part to free up men for combat. The US government didn't officially recognize retired WASPs as military veterans until 1977 and didn't grant them burial rights in Arlington until 2002. The Army revoked those burial rights last year over concerns about available space at the cemetery.

Harmon died about a month later and seemed likely to be denied the Arlington burial she'd earned with her service and fought for over years of advocacy on behalf of fellow WASPs. Her family campaigned for WASPs' burial rights to be restored, and in May, Congress passed a law, signed by President Barack Obama, that once again allowed WASPs their place among the veterans at the cemetery.

"It was a great honor to be at Arlington National Cemetery to honor my grandmother, since it was her last wish to have her ashes laid to rest there," says Harmon's granddaughter Erin Miller.

Earlier this year The World interviewed Erin Miller about the fight to win her grandmother's right to be buried in Arlington National Cemetery. Read that story here.

Following Harmon's WASP training, she was stationed at Nellis Air Force Base, where she taught instrument flying to male pilots.

"There were two seats," Miller says. "The men would sit in the seat and not be able to see outside the airplane, so they had to learn to fly the plane without being able to see outside, just relying on their instruments — and she told me her job was to make sure they didn't crash into Mount Charleston."

Rep. Martha McSally, R-Arizona, the first Air Force female fighter pilot in history to fly in combat and the sponsor of the bill that restored the WASPs' burial rights, attended the ceremony. She says the WASPs were an inspiration for her when she was the only female pilot in her class. "These were feisty, brave, adventurous, patriotic women,'' she says. 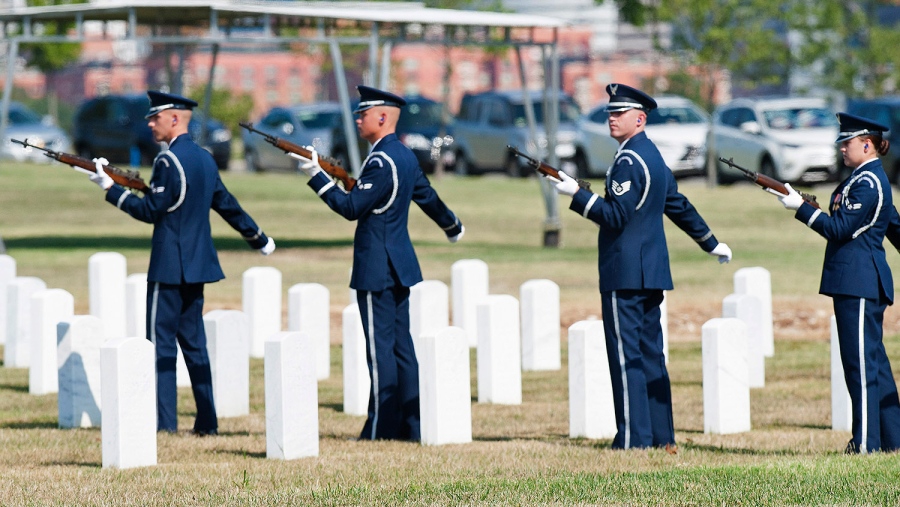 Shirley Chase Kruse, 94, was one of a handful of WASPs there, too. She says she recalled Harmon's adventurous spirit and said she hoped more people would learn about the history of the WASPs.

"For 30-some years," Kruse says, "they've been trying to shove us under the rug."