Libertarian presidential candidate Gary Johnson gives two thumbs up to the crowd after speaking at a campaign rally in Boston on Aug. 27.

A candidate running for the world's most powerful office just shocked the media by not just misunderstanding a crucial issue of foreign policy — but seeming never to have heard of it.

That candidate was not Donald Trump.

“And what is Aleppo?” the Libertarian Party's Gary Johnson responded to a TV interviewer when asked how he would deal with the situation in the Syrian city, as if he were talking about a newly discovered fungus.

A succinct answer to Johnson’s question, that's often used to describe Aleppo, is: "hell on earth." It has also been called "one of the most devastating urban conflicts" of our times.

Other responses could be summed up in pictures:

What is Aleppo? 50 photos documenting the conflict in the Syrian city over the past 5 years https://t.co/VF1sqHkeqX pic.twitter.com/hM0U7A77cA

Not only is Aleppo the most important battlefield in Syria’s 5 1/2-year-long civil war. Its fate is crucial to the outcome of the brutal conflict that's cost an estimated 290,000 lives. The war could be the biggest foreign policy challenge the next president faces.

So, what is Aleppo? 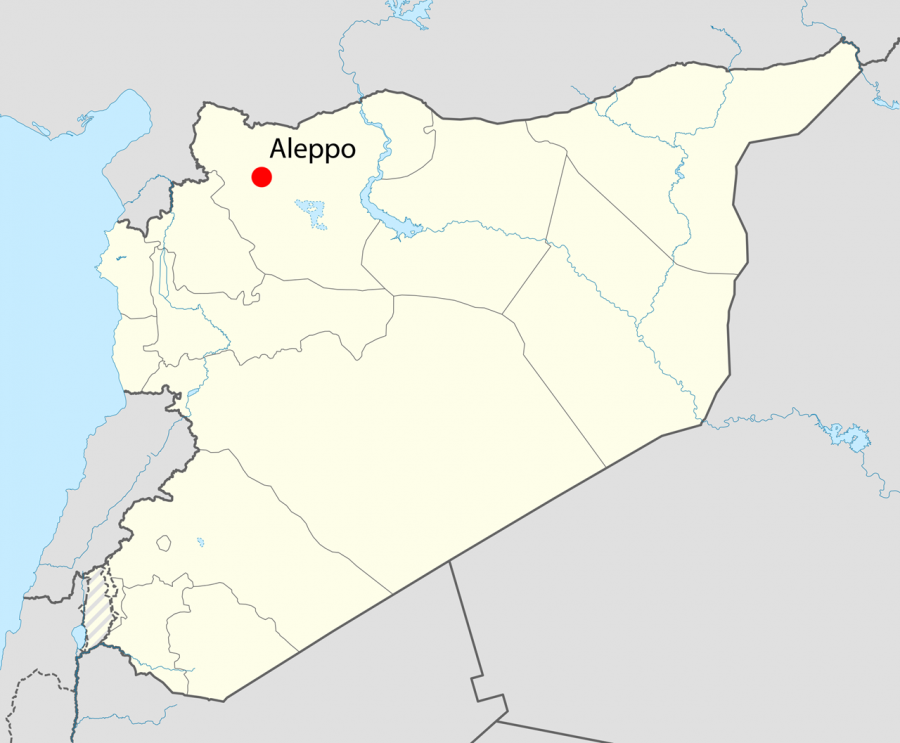 Split between pro- and anti-government forces since 2012, the battle for Aleppo involves pretty much every major player in the civil war: fighters loyal to President Bashar al-Assad, Russia, Iran, Shiite militias from Iraq, Lebanese Hezbollah ... and that's just on one side.

The other is made up of myriad rebel groups — including the extremist Jabhat Fateh al-Sham (formerly the al-Qaeda-linked group known as Jabhat al-Nusra) and other groups backed by the United States.

But there's more to that lethal mix. The city's northeastern area is held by Kurdish fighters, who also receive support from the US to fight the Islamic State group.

Aleppo is Syria’s largest city, and was once its most populous. It was an industrial hub. Today, large parts of it lie in ruins.

The rebel-held east is now under siege from government forces, leaving some 250,000 civilians trapped in the city with no way for food or medicine to get in.

This week, the Syrian government was accused of dropping chlorine bombs on eastern Aleppo. The claim could not be verified, but the UN says the government has used such weapons on at least two occasions.

Aside from all the unimaginable human suffering, why else should Johnson — who's polling third in the US presidential race — care about what's happening in Aleppo?

Negotiations between Russia and the US, which are seen as key to ending the conflict, are now focusing on Aleppo. Secretary of State John Kerry and his Russian counterpart Sergei Lavrov have been meeting regularly to discuss implementing a ceasefire in the city. They're also talking about cooperating on fighting ISIS in the area.

The talks have stumbled over what Barack Obama called “gaps in trust” between the US and Russia. The reality is that there is a huge gap between their aims: Russia is doing what it can to keep Assad in power, while the US is simultaneously trying to defeat the Islamic State and force Assad to the negotiating table. Russia has frequently bombed rebels whom the US supports, refusing to distinguish between them and more extreme groups.

In short, what happens in Aleppo could chart the course for the rest of the conflict. There is close to a 0 percent chance that the war will end before America's next president assumes office. And whoever is in power will have to make tough decisions about how to deal with it.

Does the US need to take a more forceful stance toward the Syrian government to force Assad to negotiate, like a no-fly zone, as Hillary Clinton has suggested? Or should US military power focus entirely on ISIS, as Trump has argued?

After Johnson's gaffe fired up social media, the candidate told journalist Mark Halperin that he's "incredibly frustrated" with himself.

"I feel horrible," Johnson said. "I have to get smarter."

Johnson may take comfort in the fact that Syria hasn’t been that much of an issue on the campaign trail — or at least as much as it perhaps should be.

Reacting to Johnson’s stumble on Thursday, one resident of east Aleppo said he was “not surprised at all” by the statement.

Many in the city have repeatedly expressed frustration over the inaction of the international community to stop the suffering there, and a perceived silence on the part of the US over continued atrocities.

#WhatIsAleppo 7,000 years old city that her children are dying because of #barrelbombs, #Chlorine & our ignorance https://t.co/16X51UAugL

Another resident, who teaches English, said: “When I saw it I remembered a saying in Arabic: 'If you know it, it’s a problem, but if you don’t, it’s worse.'”