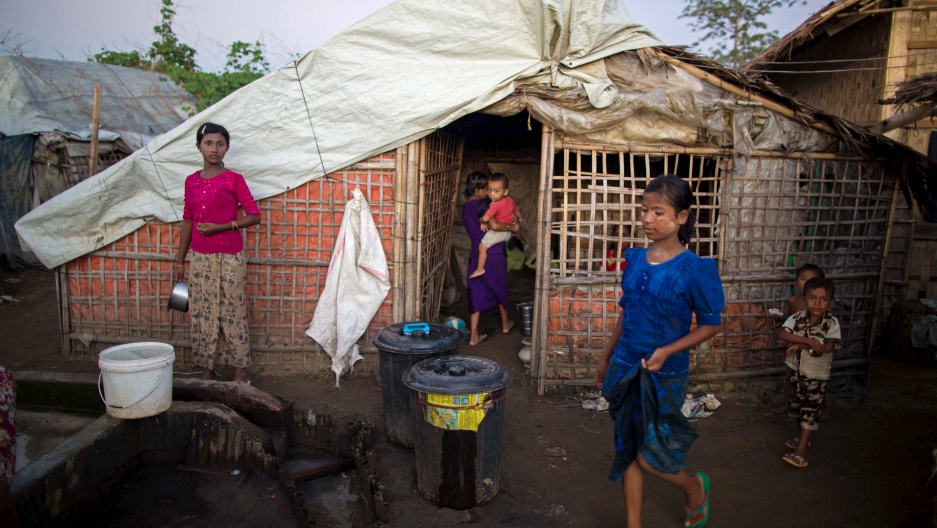 Four years after fleeing religious riots that emptied her Muslim Rohingya neighborhood in Myanmar's Rakhine State, Myee Shay yearns for the trappings of a normal life: a job, a school for her children and the chance to buy her own food.

But the 35-year-old, like tens of thousands of others displaced by the violence, remains stuck in a displacement camp, unable to return home in a region ruptured by the conflict between Muslims and a majority-Buddhist population.

"We eat when we get our quota," Myee Shay says, referring to monthly rations of food, mostly rice, that families receive from aid groups in the camps.

"If we do not get it, we cannot eat," the mother-of-four adds.

She spoke while preparing plant stalks collected from the outskirts of the Thet Kae Pyin camp — an attempt to enrich the meager meals and break the tedium of days spent waiting for change that never seems to come.

Flooded during the monsoon and dust-choked in the hot season, the camps are clustered on the outskirts of the state capital Sittwe.

They mostly hold Rohingya, a stateless group that became the target of riots after long-running discrimination against Muslims boiled over in 2012 — although several thousand ethnic Rakhine Buddhists also lost their homes in the violence.

That bloodshed left more than 100 people dead and saw thousands of homes torched by mobs.

Anti-Muslim sentiment still runs high in the impoverished region, fanned by hardline Buddhist nationalists who revile the Rohingya and are viscerally opposed to any move to grant them citizenship.

They insist Rohingya are intruders from neighboring Bangladesh, even though many can trace their ancestry in Myanmar back generations.

Today the state is effectively segregated on religious grounds, with no major moves to see the displaced return home.

But the Nobel Laureate has shied away from coming to their defense, wary of the dangers of a Buddhist backlash.

She recently appointed former UN chief Kofi Annan to advise the government on how to heal the state's caustic divides.

This week he met with local leaders and visited internally displaced people from both communities in Rakhine, where he was jeered by angry Buddhist protesters on his arrival.

"We are here to advise, not to impose," Annan told reporters in Yangon after returning from the two-day visit, stressing his commitment to remain "rigorously impartial".

The trip was the first of many his team will make to Rakhine before submitting a report to the government within one year, he added. 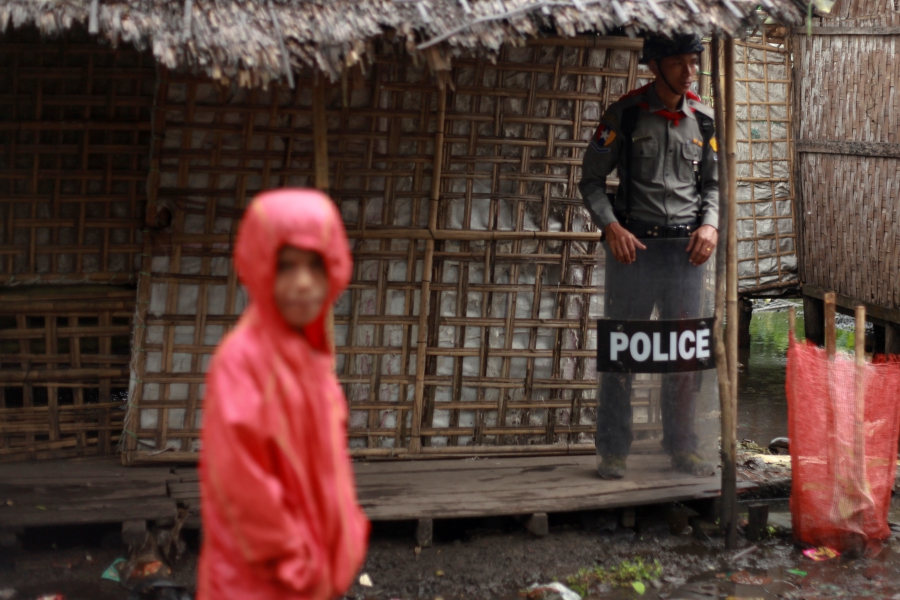 Their family of 14 lives in a cramped hut made of thatched bamboo and plastic scraps.

The family can not leave the camp to work and they are almost entirely dependent on humanitarian aid.

Most of the barracks-style shelters in the camps were only built to last three years and now, battered by annual deluges of rain, need to be rebuilt.

Healthcare and education are at best patchy inside the camps, with aid groups desperately plugging the yawning gaps in a system that sees frequent outbreaks of sickness.

While aid groups say the ultimate goal is for displaced people to go home, the immediate priority must be to ensure "minimum living standards are met," Peron adds.

Myee Shay laments the grinding reality of her family's life, one that means her children go without medical care when they are sick.