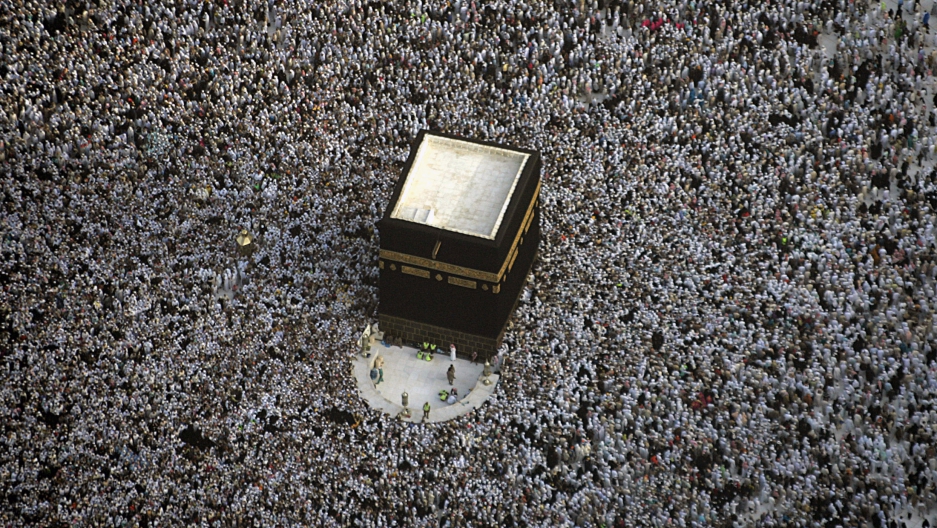 An aerial view of the Haj pilgrimage in Mecca

It's not unusual for Saudi Arabia and Iran to spit vitriol at each other. But relations have now plummeted to a new low: Saudi Arabia's top cleric has ruled that Iran's leaders are simply not Muslim.

Iran has said Saudi Arabia cannot be trusted with custodianship of the Holy Places of Islam.

These are more than just insults, says regional expert Vali Nasr. They are challenges to the legitimacy of each regime.

Vali Nasr is dean of the Johns Hopkins School of Advanced International Studies, and author of "The Shia Revival: How Conflicts Within Islam Will Shape the Future," which was just updated and re-published this month.

The root of their conflict, Nasr says, is simply one of great power rivalry, like France and Germany in the 19th and early 20th centuries. But the conflict has a religious dimension. Saudi Arabia presents itself as the champion of Sunni Muslims, while Iran acts as the champion of Shiites.

Nasr says the decision of the United States, under President Obama, to reduce its role in maintaining the balance of power in the Middle East has helped precipitate a kind of cold war between Tehran and Riyadh as they compete to fill the vacuum.

Nasr says a hot war between the two Gulf powers is “possible, but not likely.”

Meanwhile, they are fighting proxy wars in a number of regional conflicts, in Syria, Iraq, and Yemen.

The immediate cause of tension is the upcoming hajj pilgrimage to Mecca. The hajj is mandatory for all able-bodied Muslims to make at least once in their lives. But no Iranians can go this year.

Mecca is in Saudi Arabia. Last year, there was a deadly stampede at the hajj. Hundreds of pilgrims died — more than 2,000 total, by some accounts. And many of the dead were Iranian.

Talks on the hajj between Saudi Arabia and Iran broke down earlier this year after Saudi Arabia executed a top Shiite cleric.

That’s why Iran says Saudi Arabia is incompetent to host the hajj. And that gets to the heart of the legitimacy of the Saudi regime, Nasr says, because they present themselves as the custodians of two of Islam’s holy places.

Saudi Arabia’s top cleric described Iran’s leaders as “sons of Magus” — like the Magi of the Bible. In other words, they are closer to the fire-worshipping Zoroastrians of ancient Persia than real Muslims.

“This is a view that Saudi Arabia’s brand of Islam, Wahabism, holds about Shiites,” Nasr says. “This has been a staple of sectarian rhetoric in the region.”  However, he says it’s unprecedented for Saudi clerics to say it directly about Iran’s leaders.

The US is not happy about all this, but there isn’t much it can do.

“It is not in the interests of the United States,” Nasr says, “for Saudi Arabia and Iran to be going at each other in this manner, and for tensions in the region to escalate.”

He adds: “Not just because Iran and Saudi Arabia may end up in a direct conflict, but because fixing Syria and Iraq, and fighting ISIS, would be impossible if these two countries are at one another’s throats.”