The world's best falcon hunters, horseback archers and yurt builders are gathered this week on the shores of Issyk-Kul Lake in the Central Asian nation of Kyrgyzstan.

That's where the World Nomad Games are underway, and unlike the Olympics, these games feature 23 ancient sports unique to Central Asia.

The games are designed to show off the greatness of nomadic cultures and it’s evident at every turn.

But there's also a bit of luck shooting photos that capture this greatness, says Amos Chapple, a photographer for Radio Free Europe (RFE), who is at the games. Chapple describes one photo in particular he managed to snap during the opening ceremonies. He says that as the horses were galloping, he was lucky to capture just one frame of that sequence that was sharp and in focus. 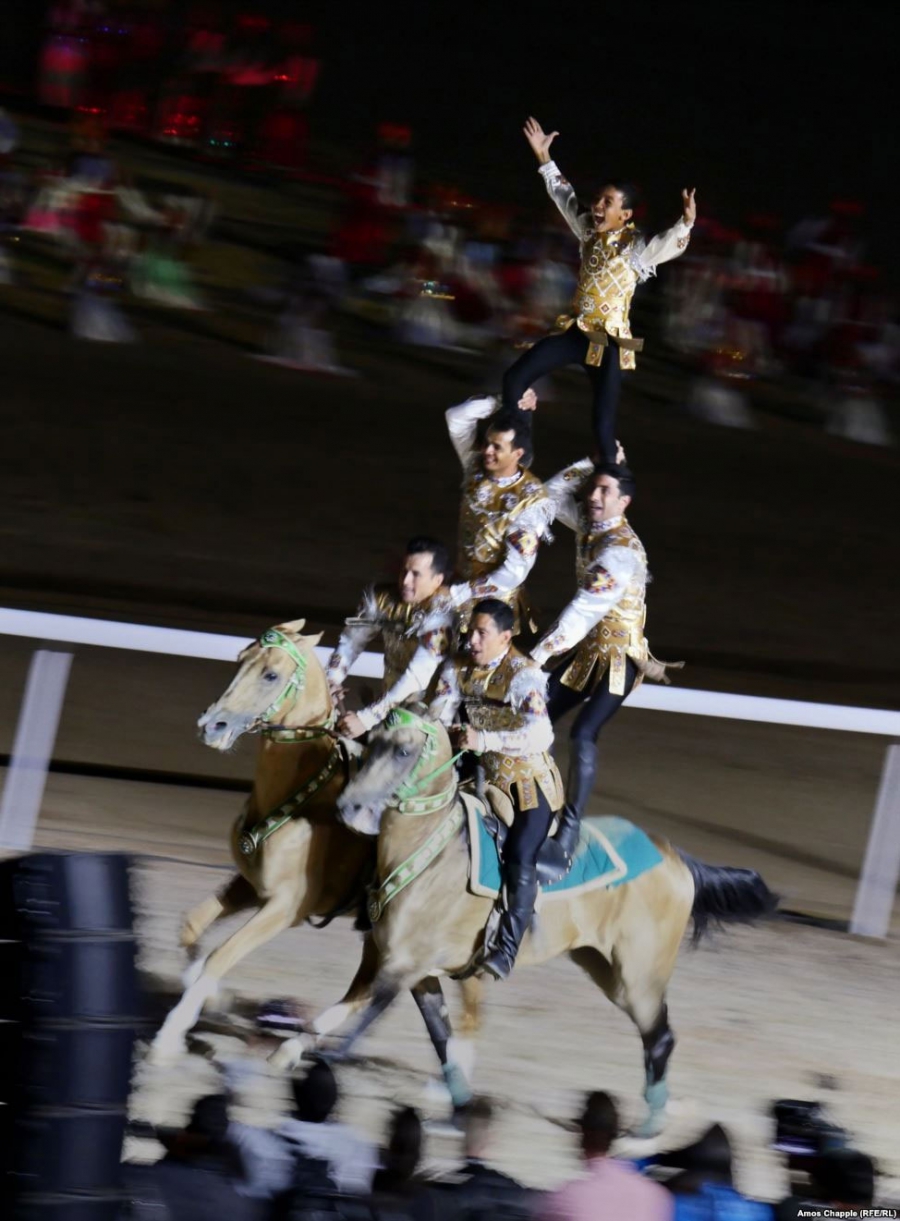 The Nomad Games were officially opened to the thunder of hooves.

“It was held during the nighttime and the lighting wasn’t great, so everyone was struggling a little bit, but there was a moment when some Turkmen horse riders came into the stadium," he says. "There was this ripple of respect that runs through the crowd because everyone knows that the Turkmen are the best horse riders in Central Asia, and the picture that I got was of this posse of horse riders. There were two riders galloping side by side, a man sitting on each horse, a man standing on each horse, and at the very top, standing on the shoulders of the two men was a small boy of about 12 with his arms out, like 'Titanic'-style, grinning and smiling.”

Another sport at the games is mas wrestling, in which two guys sit down heel to heel in tug of war over a wooden stick.

It seems like it “might just be a brute force thing,” says Chapple. "But, it’s actually fascinating to watch because there are tactics and it seems to be a bit of a mind game as well. Some of them scream and yell and grunt, others shimmy sideways back and forth along the wall. The aim is to either pull the stick out of your opponent’s hands or pull him or her over the wall.” 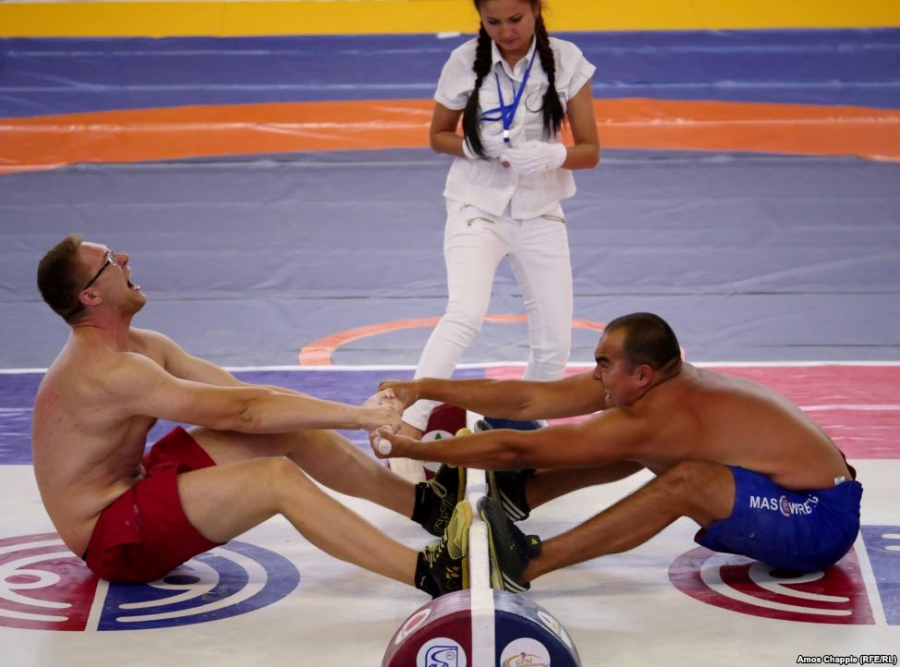 Mas wrestling is one of the sports held at the games. The sport is all about wresting a wooden stick from your opponent.

The mission of the World Nomad Games is the revival and preservation of nomadic people's historical cultural heritage around the globe. Chapple says that spirit is evident in the faces of young people who turn out to watch the games.

“I’m struck at how there were many young people watching the games who see this culture as something which is genuinely cool. There’s a real respect here among all generations for horsemanship and traditional crafts. It’s not only that this is not a dying culture, it feels actually like a growing culture.”

This 12yo boy Murat is competing in archery at the #WorldNomadGames - so good to see kids participating! #WNG2016 pic.twitter.com/ku2vxxcWmD 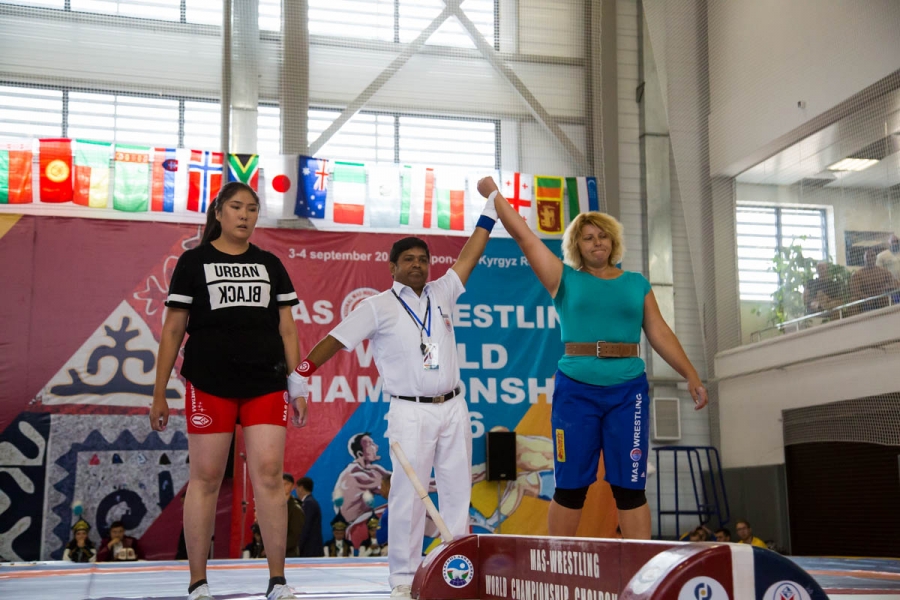 Mas wrestling winners and losers at the World Nomad Games