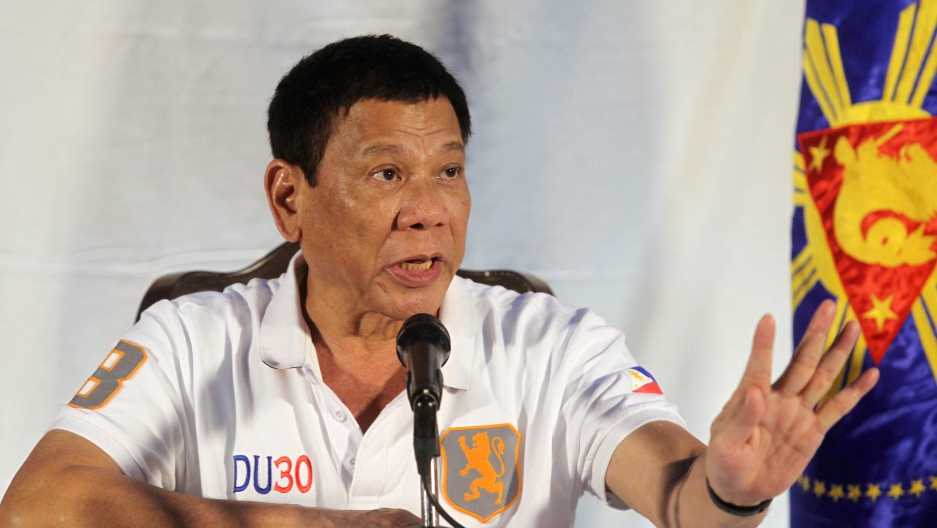 Undiplomatic discourse is all the rage.

The recent outburst by Philippines President Rodrigo Duterte describing President Barack Obama as the Tagalog equivalent of a "son of a bitch" isn't unfamiliar to anyone watching the invectives fly in the US presidential contest.

But what does coarsening political dialogue on the global stage says about the state of the world today?

It's far from clear, but according to some analysts Duterte's verbal abuse of Obama reflects the erosion of US stature and credibility. And true enough, Duterte's main message for the US leader on Monday seemed to be that the Philippines wouldn't put up with any criticism, from the United States or any foreign power.

"I am a president of a sovereign state and we have long ceased to be a colony. I do not have any master except the Filipino people. Nobody but nobody. You must be respectful. Do not just throw away questions and statements," Duterte warned, as he prepared to fly to the ASEAN summit in Laos.

The new leader of the Philippines seemed to be advising Washington not to challenge him over extrajudicial killings. Duterte took office in July promising a brutal war against drug dealers and criminals. He's kept that promise. Official security forces and vigilantes have reportedly taken the lives of more than a 2,400 people in the past two months. Duterte is not afraid of drawing attention to those deaths, and he regularly rejects international criticism of his tactics.

"There's a realization that with more people able to tune in to the ups and downs of politics, you're connecting with a broader and broader audience," she says. "That whole conversation enables individual countries, whether it's the Philippines or someone else, to stand up and say 'There's no moral high ground for the United States anymore. Stop telling us what to do!'"

But Duterte's cursing aside, Glasser contends that many world leaders these days aren't so concerned with lecturing the United States to stop throwing its weight around.

Instead, she says the question for many politicians worldwide is whether Donald Trump's candidacy means Americans are no longer willing to play a leadership role in resolving global conflicts.

"There's enormous concern about what the rise of Donald Trump means for both continued US prestige in the world and also US willingness to engage and to play that role," Glasser says. "Rather than reacting against US hegemony, most of the feedback that I and so many others in Washington have gotten from world leaders and people we talk to internationally is all about: 'Is the US still going to live up to its commitments to be a big player in the world at large? Does Donald Trump represent some kind of accident of history, or is he representing a longer term real trend in American politics?'"