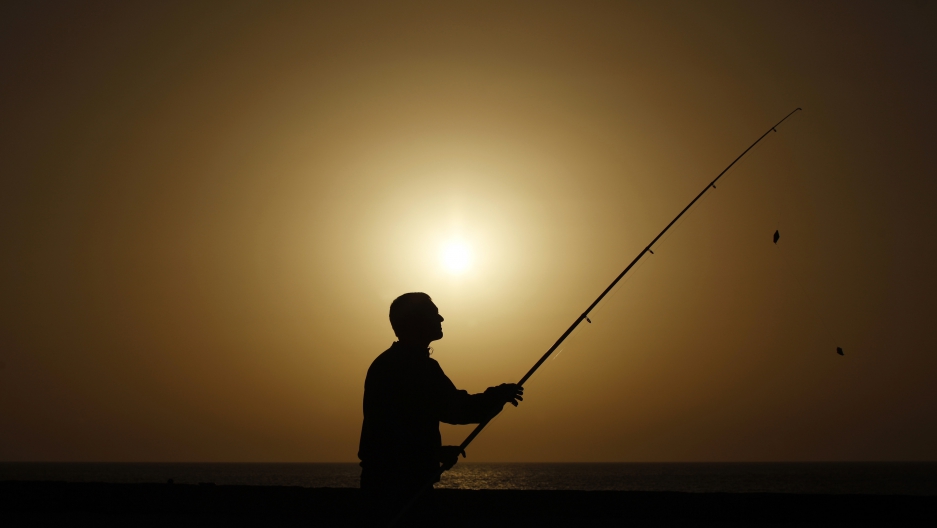 Ocean warming is expected to change the distribution of some commercial fish stocks. Here, a man is fishing in the Atlantic ocean off of southern Spain.

Melting glaciers and bleached corals: We hear about them a lot when it comes to the effects of global warming on our oceans.

But other impacts aren’t so visible — like whole species of fish, seabirds and turtles moving to live in cooler waters closer to the poles.

These changes are highlighted in a new report released this week by the International Union for Conservation of Nature that calls ocean warming “the greatest hidden challenge of our generation.” The report was authored by 80 contributing scientists from a dozen countries, and was released during an international conservation summit in Honolulu.

The findings were stark: The ocean acts as a shield against global warming, absorbing much of the heat and carbon dioxide emitted by humans. Since the 1970s, more than 90 percent of Earth’s greenhouse-related heating has been absorbed by the oceans, according to the report.

If it weren’t for the oceans, the authors of the report say Earth’s atmosphere would have warmed nearly 100 degrees since 1955.

Co-author Samantha Chapman, an ecologist at Villanova University in Pennsylvania, explains that water molecules can absorb a lot of heat, and the oceans are huge.

“They’re just so massive, two-thirds of our planet is made up of the ocean,” Chapman says.

All this extra heat in the world’s oceans is leading to its deoxygenation and a slowdown of ocean circulation.

It’s changing where seaweed grows, how turtles eat and when fish spawn.

Species are moving toward the poles to find cooler waters, throwing food webs out of whack.

Chapman gives an example: “When plankton move to different places, and for example the animals that eat them aren’t cued by the same cues but rather by navigating by the stars or by the amount of daylight, then they don’t move at the same rate, and therefore the things they eat are no longer there.”

For more on the IUCN’s findings, read the executive summary or the full report.