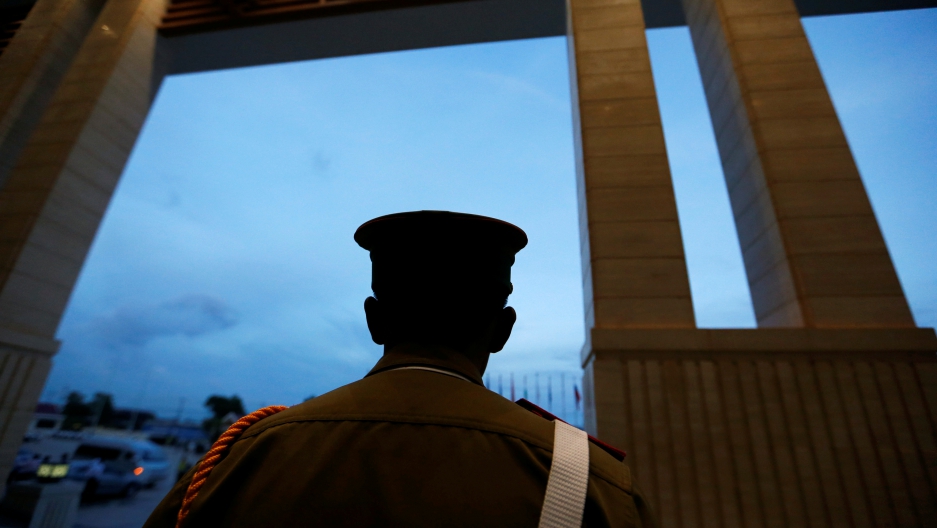 A Laotian soldier stands outside the venue of the ASEAN Summit in Vientiane, Laos September 6, 2016.

The United States will intensify efforts to help Laos rid itself of unexploded bombs, the White House said Tuesday during a historic visit by President Barack Obama.

Laos became the world's most-bombed country per capita from 1964 to 1973 as Washington launched a secret CIA-led war to cut supplies flowing to communist fighters during the Vietnam War.

Much of the country is still littered with ordnance, including millions of cluster munition "bomblets" that still maim and kill to this day.

The issue has long dogged relations between the United States and Laos, a cloistered and impoverished communist nation.

But both sides have moved closer in recent years and Obama's visit — the first by a US president to Laos — is being hailed as a landmark opportunity to reset ties.

In a statement, the White House said it was earmarking $90 million for Laos over the next three years "to address the impact caused by unexploded ordnance".

The figure dwarfs Washington's previous commitments to Laos — in the last 20 years it had given a total of $100 million.

But it mirrors what happened in Vietnam as ties warmed between the two former foes during the early 2000s.

The presidential visit to Laos is laden with symbolism. 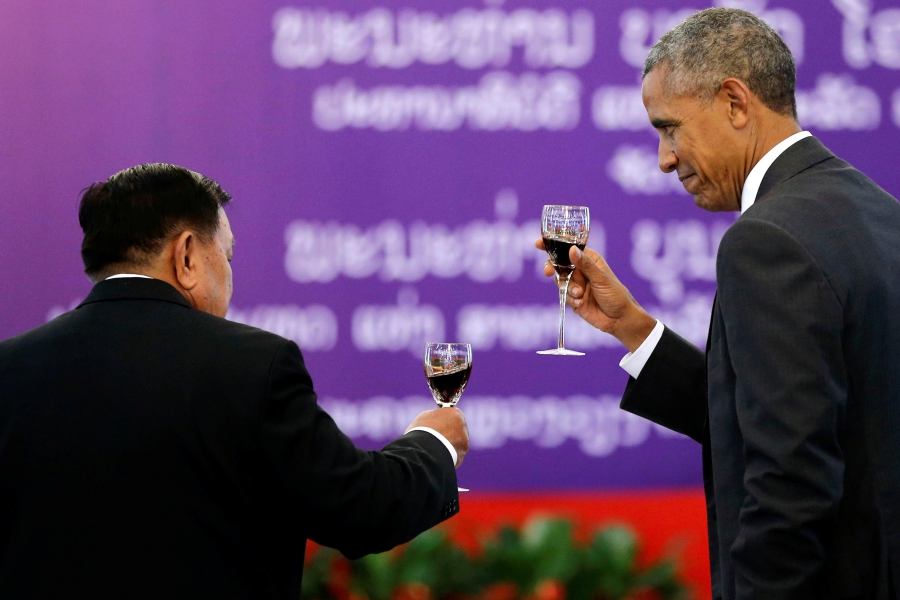 Laos President Bounnhang Vorachith and U.S. President Barack Obama share a toast at a luncheon following their bilateral meeting, alongside the ASEAN Summit, at the Presidential Palace in Vientiane, Laos September 6, 2016.

Under pouring rain on Tuesday Obama, the first US president to hail from the post-Vietnam war generation, met his Lao counterpart Bounnhang Vorachith at the presidential palace in Vientiane.

Bounnhang, 78, is a former revolutionary of the communist Pathet Lao movement that successfully faced down Washington's bombing campaign to emerge victorious.

He was anointed the country's top leader earlier this year.

Laos' aging communist leadership has ruled with an iron fist since 1975, tolerating little dissent and only gradually opening the country to outsiders.

Laos has had one of Asia's fastest growth rates over the last decade, but critics say little has trickled down to the rural poor majority.

As it did in Vietnam, Washington has also been pushing the Laos authorities for help in locating the remains of missing servicemen.

The White House said the remains of 273 personnel have been located and identified from the Laos war years, but 301 Americans are still listed as missing.

More than two million tons of bombs were dropped by the United States on Laos. About 30 percent did not explode, including an estimated 80 million cluster munition "bomblets".

Some 50,000 people were killed or injured by bombs between the start of the war and 2008, according to Laos government data.

Bomb clearances and education campaigns have since reduced the casualty rate to around 40 people a year. But only one percent of contaminated land has so far been restored.