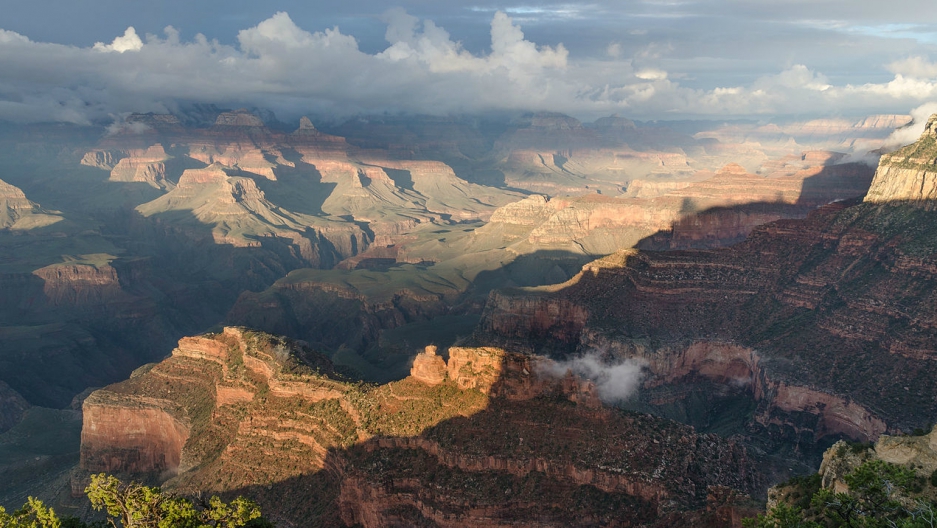 Grand Canyon, from Powell Point on the South Rim

More than 300 million tourists visited US national parks in 2015, a 5 percent increase from the previous year. The National Park Service celebrated its 100th birthday last month, and recently President Barack Obama added to the list of protected parks and monuments.

But with increased popularity comes controversy and management problems.

At the Grand Canyon, for example, more visitors has resulted in more interest in development around the park — and more difficulty balancing preservation and tourism.

“The canyon itself accounts for between a half-billion and a billion dollars a year in revenues that spread throughout the regional economy and elsewhere, so it’s good for business,” says Roger Clark, Grand Canyon program director at the Grand Canyon Trust in Flagstaff, Arizona. “And I think it's good for people, in general, to be able to come to the Grand Canyon, to get out of their self-centeredness and breathe and take a look at the majesty of time.”

On the other hand, a controversial proposal called the Escalade is being pushed by developers. The project would build a tram from the eastern rim of the Grand Canyon, on the Navajo reservation, down to the confluence of the Colorado River and Little Colorado River.

“Any time something is this popular, people are going to want to try and make money on it,” Clark says. “I'm sure the tram would be a profit maker and be very popular. But there is a danger of killing the golden goose.”

The project would move about 10,000 people a day down to the riverside at the bottom of the canyon, a remote and completely undeveloped area that is important to local Native American cultures. It would likely involve building hotels and amenities for all the people who visit.

“The danger is turning this part of the canyon into some kind of theme park,” Clark says. “If it ever gets further than the proposal stage, we almost surely will wind up in court.”

“You have to understand,” Clark continues, “the Grand Canyon is like a desert island. For this to be built would require roads, electrical lines, water, sewage — the whole gamut of what it takes to manage that many people a day. So it would require lots of thinking ahead.”