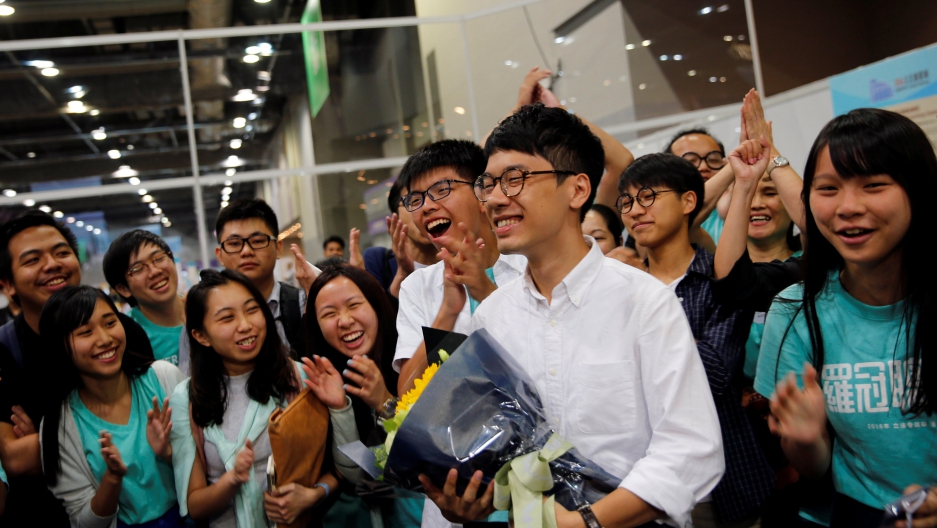 A new generation of young Hong Kong politicians advocating a break from Beijing became lawmakers for the first time Monday in a result likely to rattle China.

It was the biggest poll in the city since mass pro-democracy rallies in 2014 failed to win concessions on political reform, leading to the emergence of a slew of new parties demanding more autonomy from Beijing.

Those parties now have a foothold in the legislature with five candidates backing independence or self-determination taking seats.

Observers branded their victory "a strong message to Beijing", which has railed against people supporting a split from China.

A record 2.2 million people voted in the city-wide election for members of the Legislative Council (LegCo), Hong Kong's lawmaking body, as fears grow Beijing is tightening its grip on the semi-autonomous city.

It was the highest turnout since Hong Kong was returned to China by Britain in 1997 under a handover agreement guaranteeing its freedoms for 50 years.

Many feel those liberties are already disappearing and young activists particularly have lost faith in the "one country, two systems" deal under which Hong Kong is governed.

At the forefront of the new guard in LegCo is Nathan Law, 23, leader of the 2014 "Umbrella Movement" rallies, who took more than 50,000 votes to become the council's youngest member. 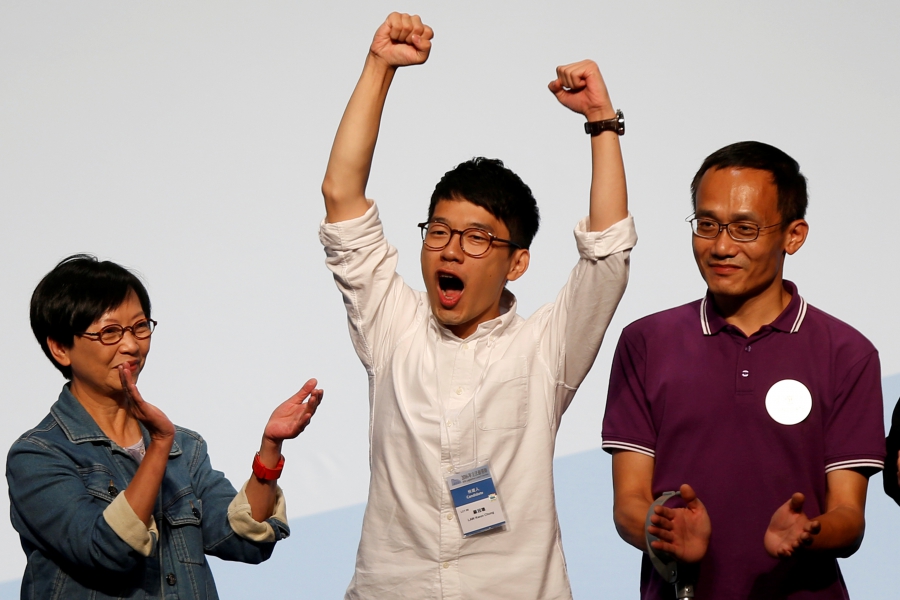 Student leader Nathan Law (C) celebrates on the podium after his win in the Legislative Council election in Hong Kong, China September 5, 2016.

Law and his new party, Demosisto, are calling for a referendum on independence, emphasizing Hong Kongers' right to choose whether they want to split from China.

With the pro-democracy camp divided between those who back the idea of possible independence and those who are more wary of the once taboo notion, Law said he would seek unity.

"We have to be united to fight against the (Chinese) Communist Party," he told AFP.

Law has previously distanced himself from the more radical "localist" movement, which includes activists who are stridently pro-independence and have in the past advocated violence.

Young campaigners have been galvanized by a number of incidents that have pointed to increased Beijing interference.

The most high-profile was the disappearance of five city booksellers known for salacious titles about Beijing politicians. They resurfaced in detention on the mainland.

There was also outrage after the loudest pro-independence voices in the city were banned by the government from running for LegCo.

Some localists who were allowed to stand continued to call for independence on the campaign trail.

One of them, Yau Wai-Ching of new party Youngspiration, gained a seat saying Hong Kong had "the right to discuss its sovereignty".

"Beijing will be very unhappy about the results and it's quite possible that they may use this as a pretext to squeeze Hong Kong even harder," he told AFP.

Political commentator Joseph Cheng said he expected Beijing to adopt a "very hawkish position", and that authorities could seek to disqualify any legislator advocating a split from China.

Most established pro-democracy politicians do not support the notion of independence and there were concerns in the democratic camp that new activists would split the vote, triggering overall losses.

But although some veteran pro-democracy politicians were voted out to make way for the younger generation, the democratic camp including independence activists gained an extra three seats in the 70-strong Legco, going from 27 to 30 members.

That means the anti-establishment side can veto key bills, which need a two-thirds majority to pass.

However, the overall make-up of the LegCo remains weighted towards Beijing under a system that makes it almost impossible for the democracy camp to take a majority.

Thirty seats are elected by special interest groups representing a range of businesses and social sectors and are traditionally conservative -- 22 of those seats went to pro-Beijing candidates Monday, giving them 40 members overall.