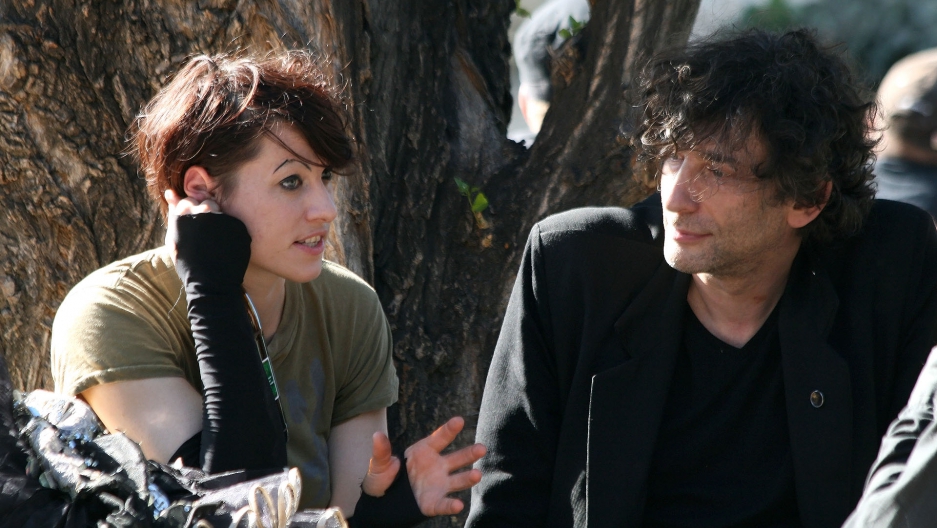 Musician, writer and performer Amanda Palmer has not had anything like a traditional career path.

Palmer became famous in 2000 when she co-founded The Dresden Dolls. The band pretty much single-handedly invented the genre known as cabaret punk rock.

Palmer has worked as a stripper; played the MC in the musical "Cabaret" at American Repertory Theatre, and published a best-selling self-help book. Another of her career left-turns was the album called, "Amanda Palmer Performs the Popular Hits of Radiohead on her Magical Ukulele."

“One of the things I really like about the ukulele and … why I've really enjoyed it and stuck with it is that, [while] the piano is very dynamic and dramatic, you just can't really play the ukulele that loud and aggressively,” Palmer says. “So it gives me a wonderful boundary that I don't usually have, which is that I have to focus on the subtlety of the song and the lyrics and the singing — which is not generally my specialty. My specialty is usually loud, bombastic screaming, dramatic lighting and playing over this giant machine.”

Palmer says the ukulele has a more subtle kind of power. “It's like delivering the skeleton of the song, with nothing else on it,” she explains. “My favorite art has always been when super-light collides with the super-dark, because I think it's that collision point where your heart opens up and something happens.”

For as long as she can remember, Palmer wanted to be on stage performing. “The holy trinity of my pre-teen days were Cyndi Lauper, Prince and Madonna,” she says. “They had a lot in common. They were flamboyant. They wore costumes. There was drama. There were stories and there were crazy videos with plots. That theatrical quality was always appealing to me.”

Palmer is married to author Neil Gaiman, with whom she shares the impulse to divulge deeply personal information online.

“We’re in an endless dance with ourselves, each other, and the internet,” Palmer wrote on her blog. “And the moves are strange, and new, and they change. They need updating, they expire and crack and re-arrange.”

“Neil and I are so different, and yet there are parts of us that are so similar it's frightening,” Palmer says. “I think the places we overlap are our sense of humor and our love of the light and the dark colliding. That's a Neil Gaiman specialty. But where Neil fantasizes other worlds into being and goes off into very faraway places, I’ve spent a lot of time focusing on how completely uncomfortable I can make people with the amount of detail I'm giving them about my life.”

Palmer and Neil Gaiman have a baby boy who turns one year old in just a few weeks. Palmer's single, "A Mother’s Confession: A Song with Footnotes," explored some of her doubts and fears about becoming a parent, and how it feels to try to become a good parent in the glare of the public spotlight.

Palmer recently released a new album of covers that she recorded with her father, Jack Palmer, from whom she was estranged for almost her entire life — yet another in a long line of eccentric and unexpected career turns. The album is called "You Got Me Singing."