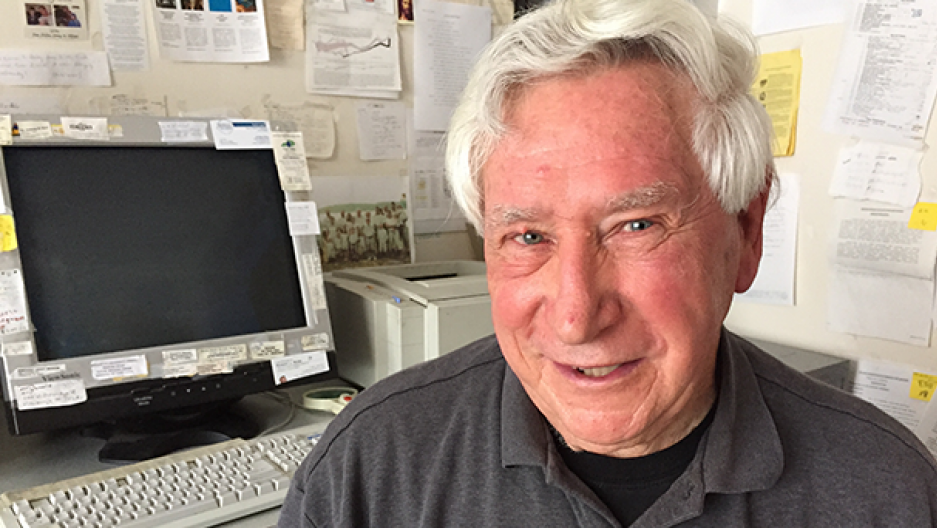 Father Al Fritsch, S.J., is the director of Earth Healing, a website dedicated to providing daily reflections on simple living and matters of faith.

Like his more famous Jesuit boss (Pope Francis), Father Albert Fritsch believes caring for the Earth and addressing the consequences of climate change are urgent moral and religious issues.

Fritsch has dedicated much of his life to environmental work, through his website, Earth Healing, and his work with advocacy groups in both Washington, DC, and rural Kentucky, where he grew up on a farm.

“This is the deepest of the pro-life issues,” Fritsch says. “If we don't have a living Earth, we cannot live on it ourselves. It's got tremendous theological implications, because we believe that Christ came to save the world — and what we have never considered is that we, as part of his body, are now asked to save the Earth. He is our redeemer. We enter into the very act of redemption.”

Before Father Fritsch became a Jesuit priest, he earned a PhD in chemistry. Science, he came to believe, is shared by all, but it is vulnerable to exploitation by a few for personal gain.

Fritsch also had a problem, he says, with “what chemistry usually involves — that is, to go to a commercial institution, to work for a company. I didn't like the idea of that. Academics? Well, that was good, but I was hoping to do something that would apply the great gifts that we have with chemistry for the betterment of society, especially for the poor.”

Ultimately, Fritsch felt called to the priesthood. He combined his interest in science, the soul and what he calls the Commons into a focus on environmental issues. Eventually, he founded Earth Healing, a website that focuses on Catholic care for creation.

While Fritsch is a Jesuit, his message is by no means aimed at just his fellow Catholics.

“Christian people, in general, have been baptized in the Lord, and that means that, just as Christ loved the whole of creation, we are people who are like him in every way, and therefore we imitate the Lord,” Fritsch. “Our love for nature and for God's creation comes from the very part of our following that we commit ourselves to.”

He believes humanity can act out these core religious values only if it returns to the belief that the Earth is a Commons, shared and protected by all. Unfortunately, he says, the idea of a Commons — that is, the idea that certain things belong to the collective and should be shared according to need — became discredited by Marxism during the 20th century.

“[But] in all actuality, the world is a Commons: God created it for all of us,” Fritsch says. “We have found, in the course of history, that more of us working together can take care of it better than individuals can.”

“When we move to a society in which an immense amount of wealth can come to a few in a very short period of time, it becomes imperative for us to raise again the idea that this is a Commons,” he continues. “We cannot have billionaires and destitute people at the same time. ... If people don’t share, but instead they sequester — they take everything to themselves and hold onto it, while others don't have enough — this destroys our society.”

Fritsch urges those who share his beliefs to talk to people who regard themselves as climate change deniers.

“We have far more climate change deniers in this country than in other parts of the world, and we have to face the fact that we have to convert and we have to proselytize, you might say, our own people,” he says. “We’ve got to talk about it within our families and within our church communities. We are hoping that other parishes begin to talk among themselves in an honest way about how we all have got to change our lives in order to save our Earth.”