A trainer kneels over the Boston Bruins' Nathan Horton after Horton was hit by the Vancouver Canucks' Aaron Rome in Boston, Massachusetts, June 6, 2011.

Fall sports are starting up again. Soccer, football and volleyball. And that means brain injuries are a topic of concern for athletes and parents.

Yet there are still plenty of questions about concussions.

That's what sports writer Joanne Gerstner, along with neurologist Jeffrey Kutcher, set out to address in their new book, "Back in the Game: Why Concussion Doesn't Have to End Your Athletic Career." We spoke with Gerstner about how concussions are treated and viewed around the globe.

Here are some highlights from the conversation.

The simple way to define a concussion: 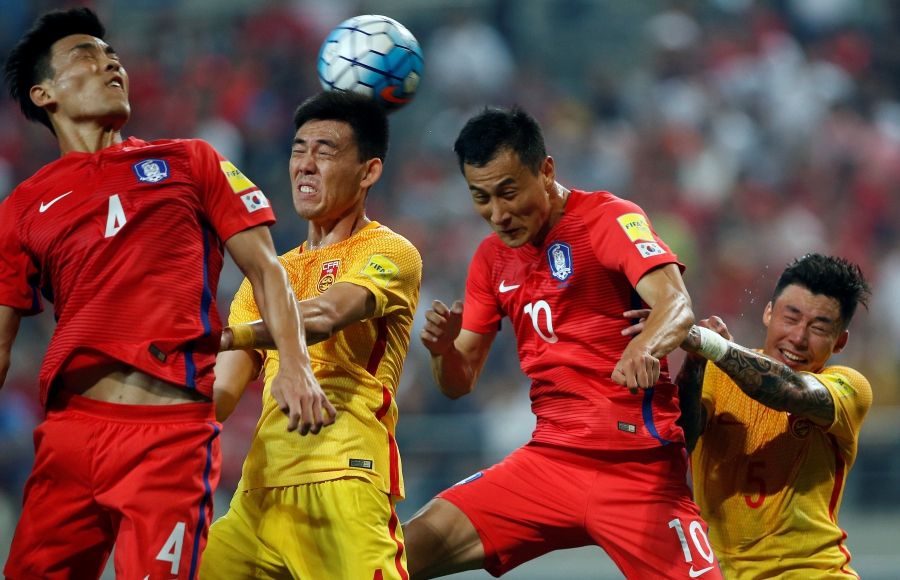 Li Xuepeng of China and Ji Dong-won of South Korea in action at the World Cup 2018 Qualifiers in Seoul, South Korea.

On how concussion research impacted the way she watched the Olympics:

"It's amazing, when I watched the Olympics, I watched it through a different prism this time because I looked at every sport, from the pole vaulters to the hurdler who tripped over the hurdle and fell awkwardly, I thought, 'Wow, look at all the concussions that could potentially be happening across the board.'"

"It's been fascinating watching this. I was lucky enough to attend a conference in Zurich in 2012 about concussions. It basically brought together all the major sports bodies around the world. I really got to see the evolution across the world of concussion thought in sports. Europe was kind of in the middle. South America, well, I met one doctor from there who said that, 'None of my soccer players get concussions,' which we know is not true. And Asia was kind of downplaying it. So it kind of was perceived, and again this was in 2012, as a North American thing. But now I really see a change in Europe. All the leagues are taking concussions seriously." 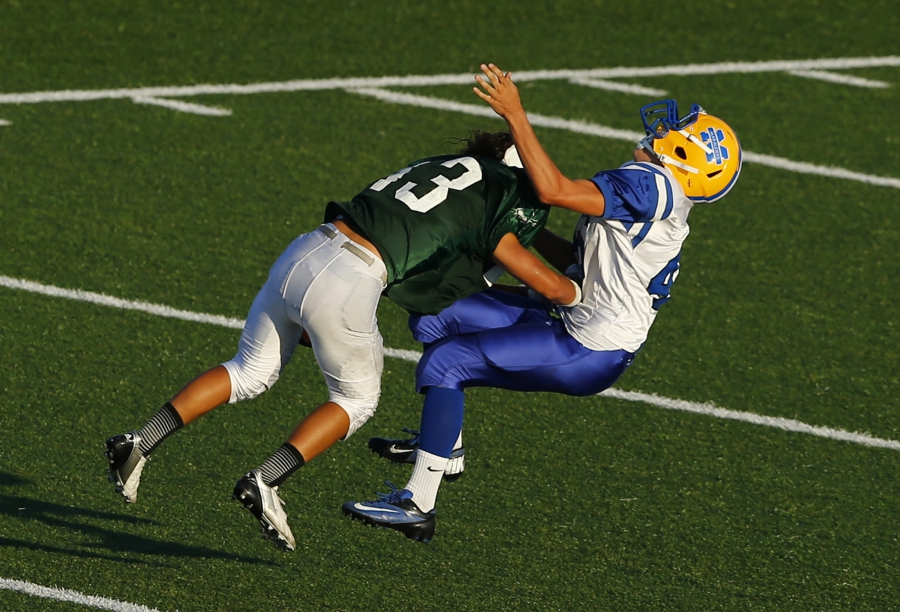 A Mira Mesa Junior Varsity high school football player trying to punt the ball is hit to the turf by an Oceanside Pirates player during their game in Oceanside, California September 14, 2012.

Her own experience with a possible concussion as a kid:

"To my knowledge I have never had a concussion. But I did play softball. And I remember one time where I was run over at the plate as a catcher and I did have my bell rung and felt fuzzy. Obviously, no one pulled me out. No one thought I had a concussion. I got better. Everything is fine. So undiagnosed concussion? Probably. But officially, thankfully, no."