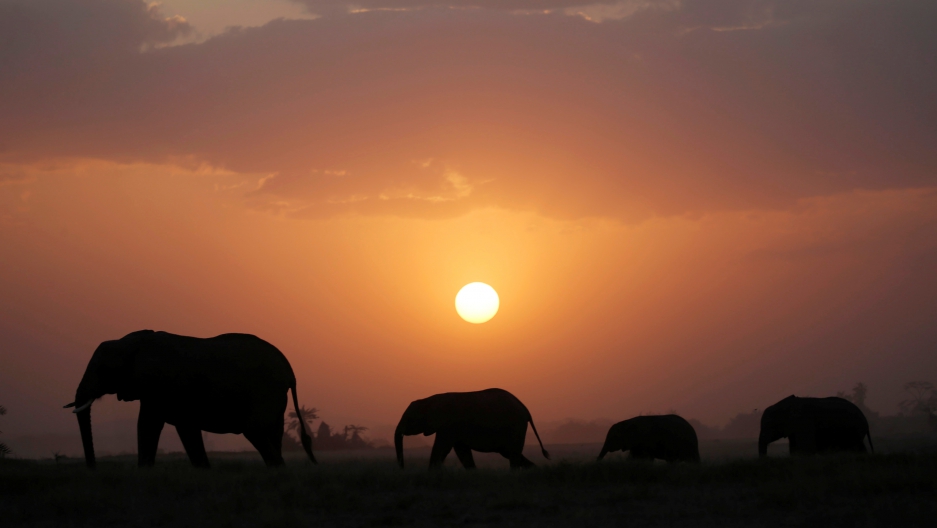 The results of a three-year aerial survey of Africa's elephants published Thursday have revealed a dramatic 30 percent decline in savannah elephant populations, largely due to poaching.

"We completed a successful survey of massive scale, and what we learned is deeply disturbing," says Paul Allen, the Microsoft co-founder and billionaire philanthropist who spent $7 million funding the census.

The first-of-its-kind survey is the largest wildlife census ever and involved flying over 18 African countries with scientists and conservationists counting live elephants and carcases to establish a baseline for future studies of elephant populations and how to protect them better.

"Armed with this knowledge of dramatically declining elephant populations, we share a collective responsibility to take action," Allen says. The results were published Thursday at a meeting of the International Union for Conservation of Nature in Hawaii.

A total of 352,271 elephants were counted during the survey, representing a decline of 30 percent between 2007-14 equivalent to 144,000 elephants. Currently savannah elephant numbers are declining at 8 percent a year, the study said.

However, populations were found to be stable or even increasing in South Africa, Botswana, Uganda, parts of Kenya, Zambia, Zimbabwe, Malawi and the W-Arli-Pendjari conservation area that spans the borders of Benin, Niger and Burkina Faso.

"If we can't save the African elephant, what is the hope for conserving the rest of Africa's wildlife?" says Mike Chase of conservation organisation Elephants Without Borders, who led the census.

Two countries are still to be surveyed: Central African Republic and South Sudan, where conflict has made access tricky. Allen now also plans to launch a similar survey of Africa's forest elephants, which are thought to have also suffered badly from poaching.