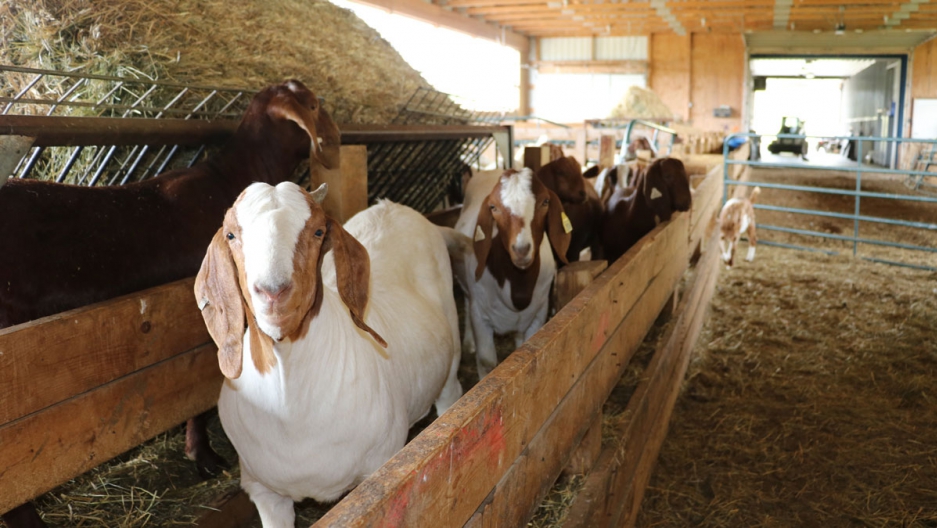 On a hot August evening, Kina Maya Kadariya, swishes in a green flower print sari as she puts the finishing touches on dinner. The rice is warming in the rice cooker, the fermented greens were prepared days ago. She stirs a steaming pot a few more times as red and gold bangles slide down her arm.

Kadariya cooks duck or goat about every other week. When I visited, duck was on the menu. But in the refugee camp where she used to live in eastern Nepal, eating meat was an expensive luxury.

"In Nepal we ate it once a month, or once every two months," she says.

The Kadariya family raised their own goats, ducks and chickens, which they would slaughter and butcher at home. But when they moved to Rochester, New York five years ago, the family had to adjust to new eating habits, like grocery stores, and packaged foods.

"We don’t like to eat the market meat, because it is not fresh," says Netra Kadariya, Kina Maya’s 35-year-old son. "[If] they want to eat [meat], my mom and dad usually eat [a] fresh one. ... Some of my relatives, they already came here in US, so I came and they find the place where we get the fresh meat, so I went and I get this each month."

That place is Leach Farms, about 60 miles away in Martville, New York.

The farm is the biggest live goat business in New York State. Owner Jim Leach, now 36, says he’s been in the meat business since before he could drive, hawking cuts to local butcher shops as a teenager on his family’s farm.

Selling live animals cuts out the middleman and allows farmers to keep more of what can be a thin profit margin. But there are only so many New Yorkers, even upstate, who want to undertake the messy business of butchering their own dinners. One big exception is immigrants, many with an appetite for goat.

In 2000, Leach was approached by a church working with Burmese refugees in nearby Syracuse, New York. They wanted to do the butchering themselves. He’s been selling live animals ever since.

"I’m supplying them a food source that they were accustomed to at home," Leach says. "They want to pick out their animals. Most everybody was farmers themselves. They, being taken out of their country and being put in Syracuse or Rochester or into a city situation, they still want that farm experience."

There are practical matters at hand too. Different groups want animals processed in particular ways, like halal for many Muslim immigrants, or the ritual sacrifice of goats Nepali families typically perform for the upcoming Hindu festival of Dashain. Leach says this is now his busiest time of the year.

According to USDA regulations for direct market operations like his, Leach can sell live animals, but can’t slaughter them. He is allowed to provide space on the farm for customers to do their own slaughtering and butchering. Now, he gets to keep more of the profits, and his diverse customers get exactly what they want.

"Each group is a little bit different, what they want to consume, it’s all what they were raised eating," Leach says. "Basically the North African Muslims, they like female goats, the bigger the better. The Nepali people they like the castrated male goats, they won’t eat a female, against their religion." 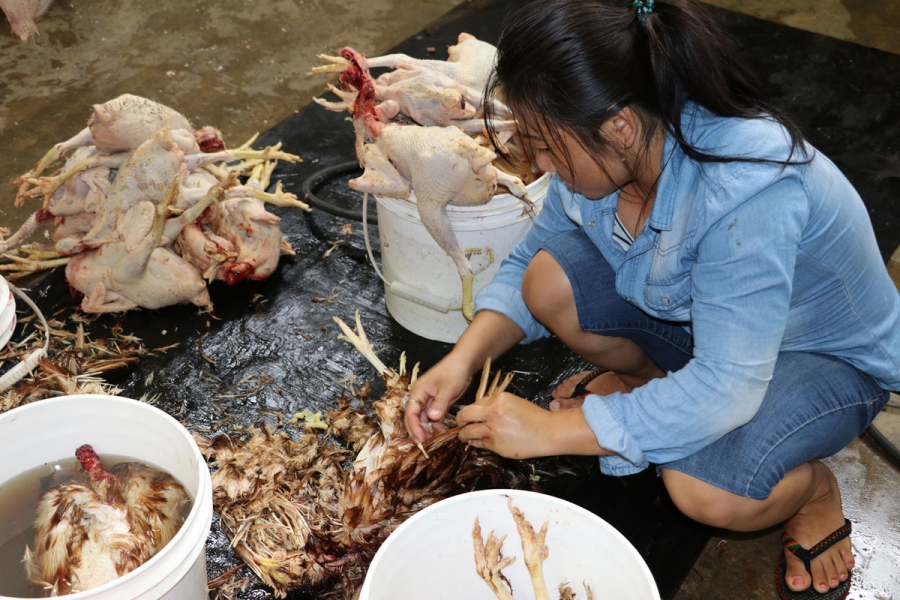 The farm sells a lot more than just goats though.

And there are pigs.

"Muslims do not want to have any pork products or pigs near their work area or their goats or lambs, so the pigs are housed in the other end of the barn," he says.

This level of customer service makes a big difference to newcomers like Netra Kadariya.

"Oh, when I went the first time, I didn’t believe that he was like the same system like our country," Kadariya says.

But Leach added he’s not doing this as charity. There’s money to be made in goats.

Leach estimates he sells around 3,000 live goats a year at $4 per pound. Altogether, he’s pulling in a million in sales annually. He also relies on the closeness of tight-knit immigrant communities for his business to spread by word of mouth. So far, it’s working.

"They want to keep that tradition alive as far as processing their own meat the way they have for centuries as far as back in their homeland," Leach says. "Here they’re able to see that, but I’ve seen over the years that children if they’ve been here six, eight years, 10 years, they sometimes get Americanized, they don’t want to come out to the farm and get dirty anymore."

Leach knows that his model can’t depend on second-generation immigrants wanting to continue their parents’ and grandparents’ traditions. But he also expects that the influx of immigrants, and especially refugees, is unlikely to die down anytime soon.