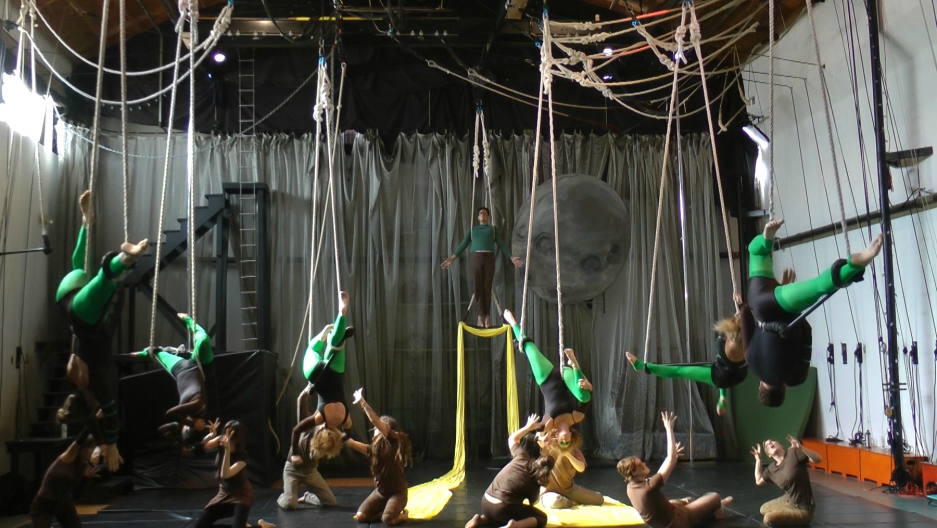 Dance Your PhD is an annual competition that challenges doctoral students in science to explain their research findings through choreography. Each year, dozens of young scientists submit videos of their elaborate dances on topics like supersymmetry, group coordination in meerkats, and dynamic control of chiral space. (The submission deadline for this year's competition is September 30, 2016.)

Uma Nagendra won the competition in 2014 with her entry "Plant-soil feedbacks after severe tornado damage." And John Bohannon is the creator of Dance Your PhD, as well as a reporter for the journal "Science."

Kurt Andersen: John, where did this idea come from?

John Bohannon: It was a drunken New Year's Eve party in Vienna, Austria. I wanted to get a bunch of scientists to dance. We had a party and I just had this sense that it was going to be dull. But I knew that they were really competitive and most of them were PhD students. So I came up with this idea of forcing them to dance by making them compete with each other to explain their work without using words.

I assume it's not just you watching all these videos and deciding on the winner.

JB: I don't decide the winner at all. I've got an expert panel of scientists and people from the dance world. I ask the judges to first score each dance on its scientific merit and then put that aside and just look at it as a piece of art. Then there's a third score that brings them together: how creatively did they bridge the worlds of science and art?

Uma, after being the winner, is this a thing people know about you as you make your way in science?

Uma Nagendra: Yes, it is. People will often have seen my name associated with Dance Your PhD. Or, if they haven't, they will eventually know because I'm continuing to do more science and dance. I'm currently working on using folk dance to communicate some basic concepts in plant science. I've also worked with trapeze dancers to bring science dance to the Atlanta Science Festival, working in collaboration with other science aerialists in the Atlanta area.

As you go further, have you learned anything from this process that will make you a better teacher?

UN: I certainly think so --- learning how to use different forms and creative measures to get across concepts, and practice in distilling down to a core message without taking away from the complexity of the science itself.