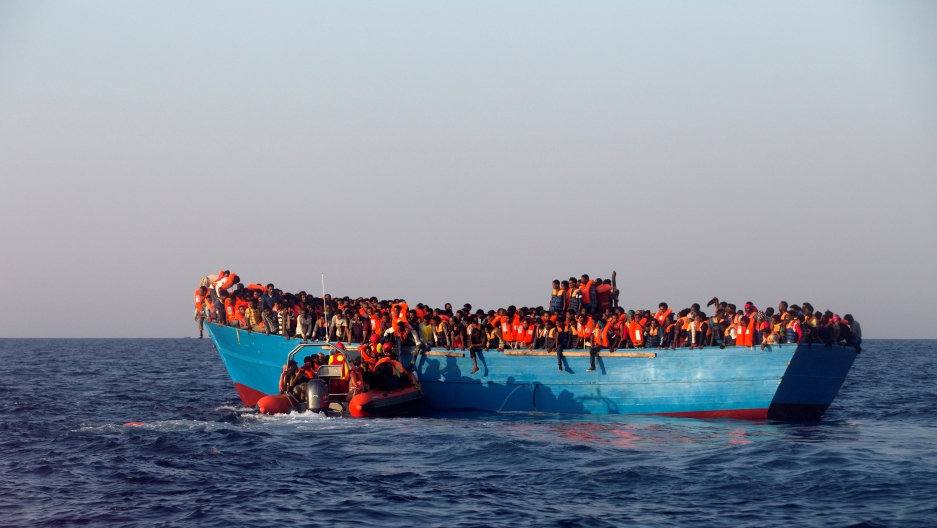 A rescue boat of the Spanish NGO Proactiva approaches an overcrowded wooden vessel with migrants from Eritrea, off the Libyan coast in Mediterranean Sea August 29, 2016.

It hasn’t made the news much this summer, but thousands of people continue to take the risky passage across the Mediterranean Sea.

In fact, the numbers of refugee arrivals are almost the same as August of last year.

In the past few days, an estimated 12,000 people were rescued in the Mediterranean trying to reach Europe, according to the Italian coast guard.

Joel Millman, spokesperson for the International Organization for Migration, says it’s “rather remarkable that there were almost no fatalities” in the recent rescues.

“Usually, when you have this many arrivals, it’s hard to avoid fatalities in the tens, even hundreds.”

It may very well be good luck because the vessels used to transport migrants are still as “unworthy” as Millman has ever seen.

“I can only assume that the rescue boats that came to their aid were much closer to their reach when they heard about the emergency than they have been in other events,” he says.

He also noticed that there were a lot more migrants wearing life jackets when he saw them in the water.

“If that’s a change in smuggling tactics, it would be the best possible change to imagine,” he says. 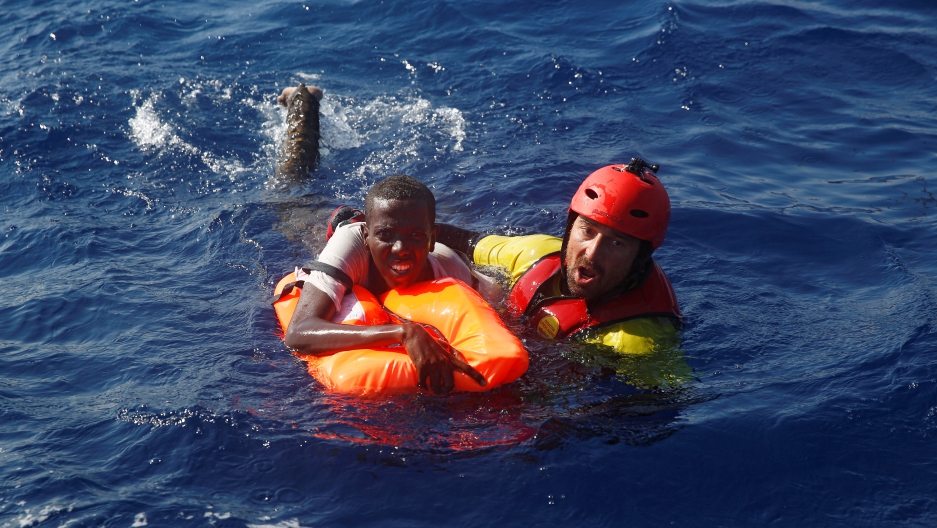 A member of the Spanish NGO Proactiva rescues a Somali migrant that fell from an overcrowded dinghy, during a rescue operation off the Libyan coast in Mediterranean Sea August 28 , 2016.

This news comes after months of almost radio silence regarding migration in the Mediterranean. Millman says there are two reasons why:

“One of them is the eastern Mediterranean route [Turkey to Greece] has been very dormant. There were 3,000 arrivals in August for the first time since April.

Compared to earlier months, that number is tiny. “In January, February, March, we were talking 50,000 plus every month.”

That may be partly due to an immigration agreement between the European Union and Turkey. But there have been fears that the deal may collapse because of disruptions in Turkish institutions following the failed coup attempt last month. This could lead to another surge of Syrian refugees from Turkey.

The other reason why migrants haven’t made the news recently is because there were “terrible shipwrecks earlier this year in the central route [Libya to Italy] and not really in the big summer months, so the reason you’re not hearing about it is because you’re not seeing these incredibly deadly events.”

It’s not too difficult to predict migrant flow, according to Millman.

“The underlying conditions in these world hotspots haven’t changed. There is not a ceasefire in Syria; there is no turning back global warming in the horn of Africa. Until those things are addressed fundamentally, then you won’t have a change in the migration.”

Aside from geopolitical factors, weather also plays a major role in migration flow.

Read more: Fact checking the migration ‘crisis’ in the US

“Traditionally, the numbers come way down after October, but they haven’t over the last two years. When weather conditions get bad, that keeps a lot of the craft at shore.”

Sometimes other factors may push migrants out to sea, despite life hazards and the dangerous journey.

“They’re very vulnerable to criminal groups who believe if they can hold them and keep them alive, they can squeeze money out of their families somewhere else in the world.”

Also, Millman says, “the severity with which the traffickers have been treating their victims has gotten worse with every month. We have boats coming in with bodies on them, we have signs of torture; we have signs of people being burned to death before they were even put on the boat.”

“We know that these smugglers aren’t operating typically where they get part of the payment first and the rest when the person arrives alive,” Millman says. “They’re trying to get as much money as they can out of people they terrorize before they put them on a boat and that gives them very little incentive to keep them alive to reunite with their families once their put to sea.”

“That suggests that the winter could be very deadly, and we hope that doesn’t happen.”