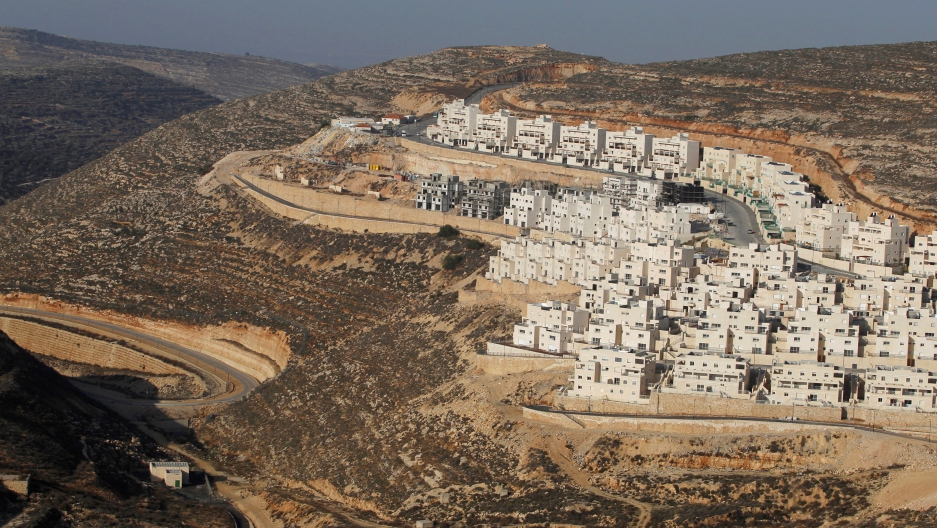 A view shows a construction site in the West Bank Jewish settlement of Givat Zeev, near Jerusalem, on December 19, 2011.

Israeli authorities on Wednesday approved the construction of 463 homes for Jewish settlers in the occupied West Bank, the watchdog Peace Now said, despite growing international criticism over such projects.

The approvals mostly involved new housing units, but a retroactive green light was also granted to 179 existing homes in the Ofarim settlement.

Around 50 new units received final approval, while others were given preliminary authorization at different stages in the review process.

Israeli Prime Minister Benjamin Netanyahu's government "continues to plan and build all over the West Bank, while also giving settlers the message that any construction done without planning will be retroactively legalized," Peace Now said.

Nickolay Mladenov, the United Nations coordinator for the Middle East peace process, told the UN Security Council on Monday that Israeli settlement expansion has surged in the past two months since a key report called for a halt.

The report by the diplomatic Quartet — the European Union, Russia, the UN and the United States — said construction of settlements on land earmarked to be part of a future Palestinian state is eroding the possibility of a two-state solution.

Construction of settlements on land earmarked to be part of a future Palestinian state is eroding the possibility of a two-state solution.

The Palestinians see east Jerusalem, occupied by Israel in 1967 and later annexed, as the capital of their future state. Israel sees all of Jerusalem as its capital.

"The claim that it is illegal for Jews to build in Jerusalem is as absurd as saying Americans can't build in Washington or the French can't build in Paris," Netanyahu spokesman David Keyes said in response to Mladenov's comments.

According to the UN envoy, Israel has advanced plans for more than 1,000 housing units in east Jerusalem and 735 units in the West Bank since July 1.

Mladenov also said that Israel has undertaken a land survey on the outskirts of Bethlehem for the establishment of a new settlement in a move that would contribute to the "dismemberment of the southern West Bank".

Settlements are considered illegal under international law and major stumbling blocks to peace as they are built on land Palestinians see as part of their future state.

Peace efforts have been at a complete standstill since a US-led initiative collapsed in April 2014.

France has also been working on its own peace initiative and hopes to convene an international conference before the end of the year.

The Palestinians strongly support the French initiative, but Israel has rejected it, calling instead for direct negotiations.

Palestinian leaders say years of negotiations with the Israelis have not ended the occupation of the West Bank and have recently pursued an international strategy.

They say an Abbas-Netanyahu meeting would lead nowhere without a freeze on settlement building, the release of Palestinian prisoners and a deadline for an end to the Israeli occupation.