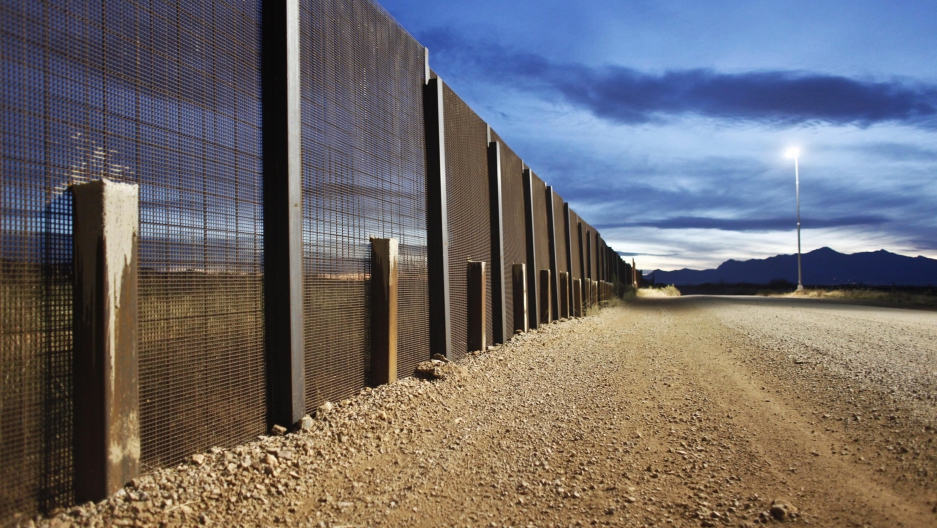 The election campaign has seen a lot of talk about an immigration "crisis" in America. But what do the numbers tell us?

“There’s certainly a migration crisis worldwide,” says demographer Randy Capps. “But a lot of it is centered in the Middle East, Africa, and is affecting Europe. Here in the US, we are really isolated from that crisis.”

That’s largely thanks to geography. The US is a long way from the crisis zones and difficult to reach.

More: Migration continues — below the radar — in the Mediterranean

“We have a smaller crisis when it comes to migrants fleeing violence in Central America,” Capps adds. “But the numbers we’re facing are much smaller than Europe is facing.”

Capps is the director of research for US programs with the Migration Policy Institute in Washington, DC. The institute, an international body, is respected by all sides in the immigration debate in the US, for the objectivity of its data.

There’s no doubting that immigration is at a high level. The foreign born population hit 15 percent of the total population in several censuses in the late 1800s and early 1900s. It’s now about 14 percent. However, people have a perception that it’s higher than ever. Capps suggests that might be because there has been a huge increase since the 1960s, when only 5 percent of the population had been born overseas.

The proportion of undocumented immigrants is falling. The absolute number has been static, at around 11 million to 12 million, since the recession of 2007-08. There's a new state-by-state breakdown here. But the overall US population, and the population of legal immigrants, are both increasing.

About a quarter of the estimated 42 million foreign-born people living in the United States in 2014 were undocumented. That’s down from about 30 percent 10 years ago.

About half of the people who entered the US illegally are from Mexico, around 6 million. “That number has actually been trending downward a little bit. It’s been either flat or falling most years.”

There are many reasons for that. “There’s always been a pretty big outflow, back to Mexico, for any number of reasons,” Capps explains. “People are getting older and they retire; they want to see their families; they made enough money to build a house or invest in a business; or they’re having a hard time in the US economy.”

With more Mexicans leaving than arriving, that has pushed the overall population here down. There are similar conditions with many Caribbean countries.

Besides relatively better economic conditions in Mexico, another huge factor has been the changing demography of the country. Mexico’s birth rate is now about the same as the US, so there’s simply a relatively smaller pool of young people, and there isn’t the same competition that there used to be for opportunities.

Capps is concerned about the hunger and violence in the Central American nations of Guatemala, Honduras and El Salvador. Increasing numbers of unauthorized migrants are arriving from those countries, and few are returning.

But he notes that the combined population of those nations is only about 20 million, so that they could never compete with the numbers that used to arrive from Mexico, which used to top 1 million a year.

Capps also notes how the border with Mexico is only one point of entry for undocumented immigrants. An increasing proportion arrive by air and simply overstay their visas as tourists or students.