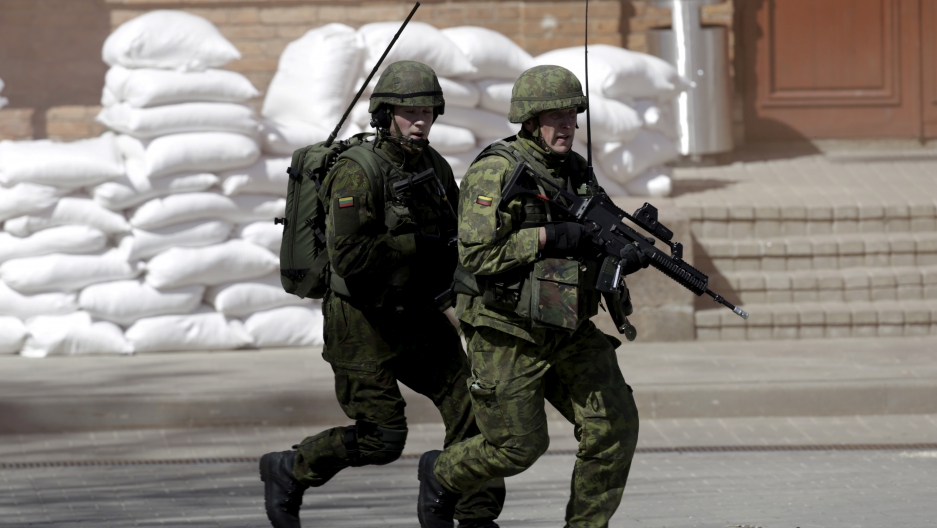 Lithuania on Tuesday opened a fake town featuring a school, sports stadium and shopping mall to practice urban warfare amid concerns over a militarily resurgent Russia next door.

The first such training center in the Baltic states, it will allow Lithuanian troops and their NATO allies to learn how to storm and protect buildings and use tunnels.

"New training conditions will help our troops to be better prepared to defend the homeland and deter the enemy," Defence Minister Juozas Olekas told reporters at the site that cost nearly five million euros ($5.5 million).

Spread across the equivalent of 20 football pitches — or 37 acres — the complex has more than two dozen buildings, including a church and a police station, among others.

Alarmed by the Russian intervention in Ukraine and a series of snap drills in the region, Lithuania has increased its defence budget by about a third every year since 2014.

In an opinion poll last week, 60 percent of respondents in the nation of three million people said they believed Russia's foreign policy presented a threat to Lithuanian security.

NATO will deploy four battalions of around 1,000 troops each in Poland and the Baltic states next year as a tripwire against fresh Russian adventurism in its Soviet-era backyard.

Tensions between the 28-member NATO and Russia reached their worst level since the Cold War following Moscow's 2014 annexation of the Crimean peninsula from Ukraine.