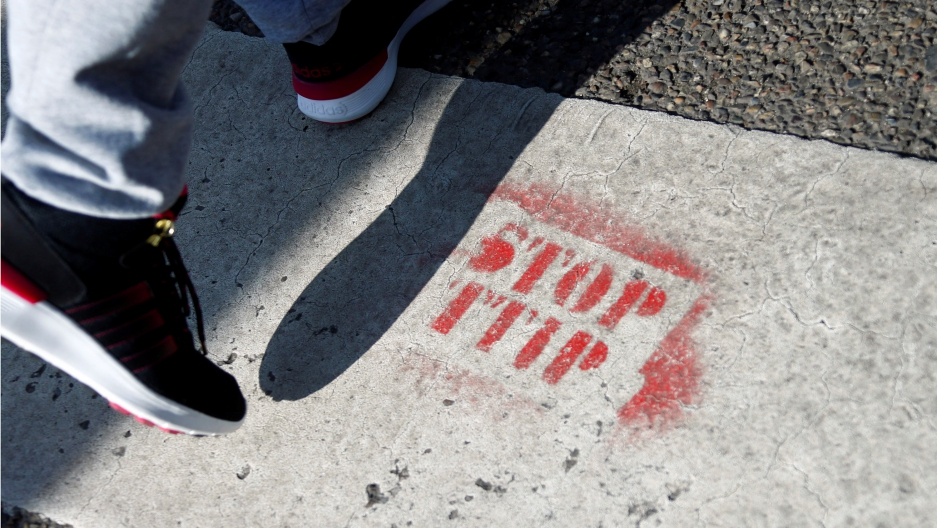 The French are telling Washington it’s time to call it quits.

“Negotiations are bogged down,” said President Francois Hollande. “Positions have not been respected, it’s clearly unbalanced.”

Hollande was talking about a massive trade deal that US and European Union diplomats have been negotiating for more than three years.

The Trans-Atlantic Trade and Investment Partnership is probably best known by its acronym, TTIP — not to be confused with the TPP, the trans-Pacific trade deal that President Barack Obama is hoping will get through Congress.

The prospects of the TTIP reaching Capitol Hill are looking more and more remote.

But first, what exactly is TTIP and what would it do?

“The goal is to get rid of the remaining mostly small tariffs in place between the US and Europe on the trade front,” says Edward Alden, a senior fellow at the Council on Foreign Relations specializing in US economic competitiveness.

The deal is aimed at boosting trade and investment between the US and Europe, Alden says.

Another motivation “was just to try to boost economic growth in Europe, which has been pretty sluggish coming out of the great recession,” he says.

The US and its allies in the European Union also wanted to use the trade deal to push back against Russian influence, Alden says, and to show that the US and Europe still play a leading role in setting the rules for global trade.

These negotiations were always going to be difficult. Setting common regulations for everything from agricultural practices to auto safety standards means bridging some big gaps in the ways Americans and Europeans conduct business.

“There are a lot of points of real contention when you get into these regulatory questions,” Alden says. “I’m not surprised the talks have run into a lot of difficulty.”

Advocates for the TTIP are also running up against a broad public backlash against big, multinational trade agreements like it and the TPP. Both US presidential candidates, for example, say they oppose the TPP.

A poll in April showed public support for the trans-Atlantic pact had fallen sharply in recent years, to 18 percent in America and just 17 percent in Germany, the EU's largest economy.

Alden says the economic impact on the American public would probably be small if the TTIP negotiations do fail. Trade between the US and European Union is robust already and that’s likely to continue to be the case.

“The bigger damage will be to the US global position,” Alden says. From Washington’s perspective, he says the TTIP and the TPP are both intended to bolster America’s role as the leading force for setting global trade rules.

“If both these deals go down in flames, which is quite possible, the US position in the world is going to be much weaker,” he says.