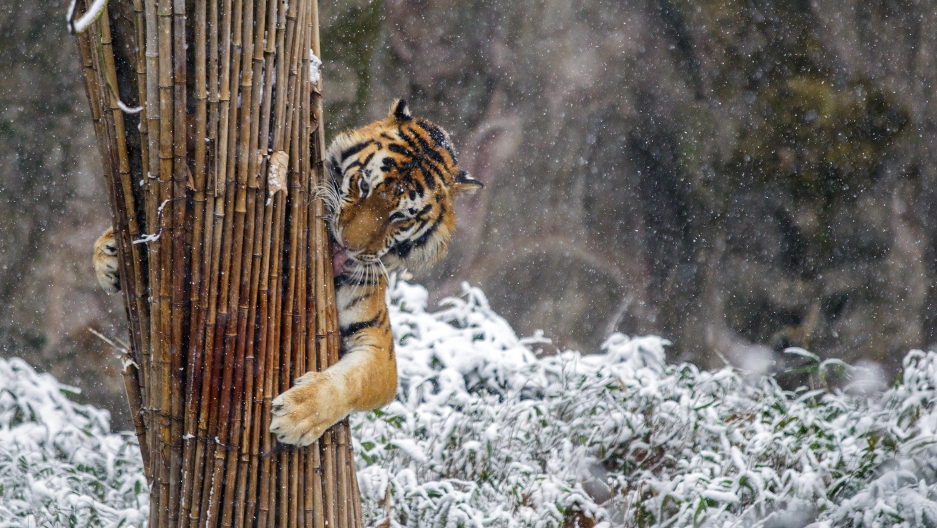 China is establishing a national park system in part to preserve habitats for Siberian tigers like this one, pictured in a zoo in Hangzhou, Zhejiang province.

Throughout its 100-year history, US National Parks have served as a model for other countries trying to set up their own networks of protected spaces.

Now China is quietly planning its own national parks system.

And, like Costa Rica and India before them, the Chinese are looking toward America.

“They've visited several locations in the US, and they're basically trying to get ideas on how US parks are managed,” said Beijing-based science journalist Kathleen McLaughlin.

China currently has what McLaughlin called in an article for Science magazine a “mishmash of national reserves, semi-protected forests and provincial parks.”

In 2013, China signaled an intention to develop a national park system in a Communist Party planning document.

About two dozen national parks are planned, ranging in size from small urban parks like the National Mall in Washington, DC, to a park in northeastern China more than twice the size of Yellowstone aimed at protecting Siberian tigers and leopards.

You can join The World's discussion about the US National Park Service on Facebook here.

The Chinese government has banned logging and cracked down on poachers in the area that will become the big cat park, and aims to employ 30,000 loggers, hunters and poachers as park employees, McLaughlin said in an interview.

“They’re really trying to protect the natural state of the forest and get the forest to come back,” McLaughlin said.

McLaughlin says tiger experts estimate that if the government protects the land it has set out to, it could eventually create habitat for up to 150 Siberian tigers.

“China was catching up economically for the past 30 years in so many ways that national parks were a luxury that it didn’t have the time or the money to plan,” McLaughlin said, “and now they finally do, and they’ve recognized the importance of setting aside wild spaces.”