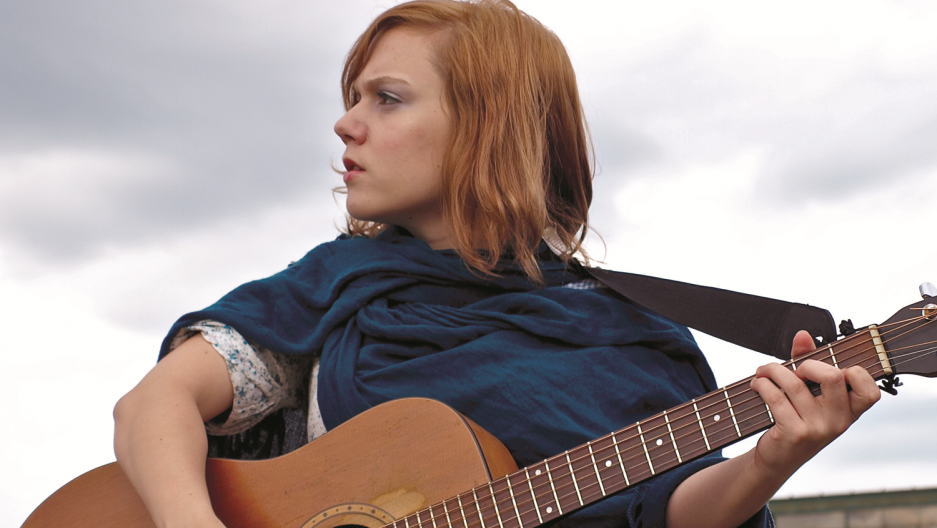 Lydia Loveless had a classic country music success story. She grew up on a farm in Ohio, where she baled hay and fed cattle. As a teenager, she played in a band with her dad and sisters. She was discovered by a big-time music producer and recordedher first albumat the age of 17.

But just when everyone had Loveless pegged as the Nashville natural, she took a left turn with her album"Somewhere Else,"which leaves the banjo and fiddle behind for a jangly rock and roll sound reminiscent of the Pretenders. She continues the progression on her most recent album, "Real," adding dreamy 80s pop to the mix. And she's digging deep with her lyrics, going places she previously feared.

In "Everything's Gone," she tells the story of losing the family farm where she grew up. The first time she played it with her band, she broke down in tears. "It's so much easier for me to write tragic love songs," she tells Kurt Andersen. "My personal history is more scary territory."

At 25, Loveless feels more confident onstage than she used to. Still, performing doesn't come easily. "Sometimes I want to vomit and cry and not talk to anyone," Loveless says. "People say, 'No one's laughing at you.' Well the truth is, everyone is laughing at you. I laugh at all kinds of people that I see doing stupid things. There's nothing you can do about it."