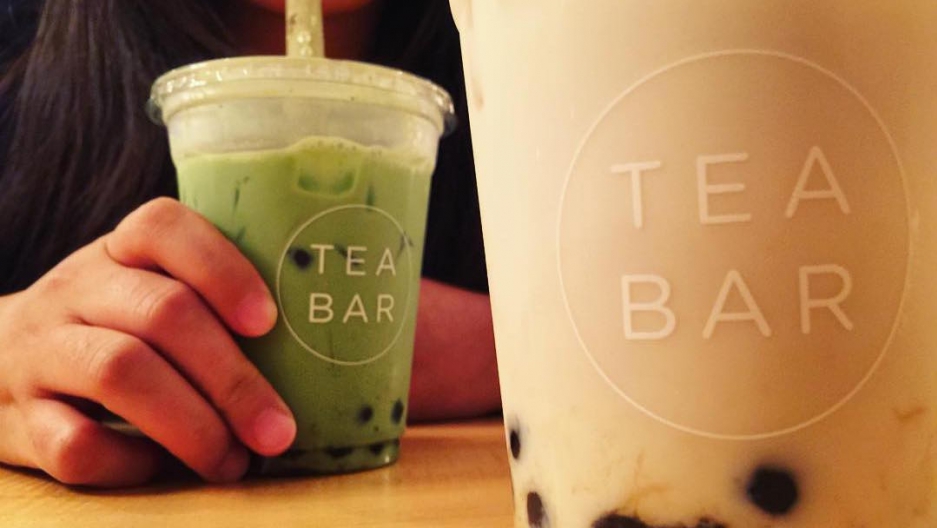 Sorry, everyone. One boba, milk tea with pearls, can have 36 grams of sugar — as much as a can of soda.

Put down the boba, Asian America. Those tapioca balls and sweetened drinks, when consumed too often, can cause major health problems.

One boba, milk tea with pearls, can have 36 grams of sugar — as much as a can of soda. It’s something public health advocates say too many people don’t realize. And that’s a problem because diabetes is on the rise, especially among Filipinos and Pacific Islanders.

One thing that stands in the way of these kinds of campaigns: There isn’t very good tracking of health for specific Asian ethnicities because the data collected by the state of California usually lumps all Asians together. The few studies that do break down results by ethnic group tend to be limited, such as to patients of a certain healthcare provider.

“There’s a model minority myth for public health: If you’re skinny, you’re healthy,” says Scott Chan, program director of the Asian Pacific Islander Obesity Prevention Alliance, one of the groups behind a “Rethink Your Asian Drink” campaign. The alliance, along with its campaign partner the American Heart Association, supports a bill for ethnic-specific healthcare data that is currently making its way through the California legislature.

“The more information we have, the better we can address it,” says Chan. “When you look at diabetes, the data is all aggregated.”

Studies show that the health of Asian Americans tends to look more and more like the health of the US population at large the longer they are in the country. But it’s not always obvious that there can be wide differences between Asian ethnicities.

In Sacramento, California’s first Filipino legislator, Rob Bonta is pushing AB 1726 through the legislature, which would disaggregate state-gathered data for different Asian ethnicities instead of lumping it together in one homogenous racial category, or only breaking out a few national origins.

“It’s a bill of inclusion,” says Bonta, a Democrat who represents Alameda. “There has already been disaggregated data for the Chinese, Japanese, Filipino. That doesn’t change at all. But it adds additional communities, such as Hmong, Thai, Indonesian.”

[Update: The bill was signed into law by Gov. Jerry Brown on September 25.]

The federal government, including the US Census Bureau, has been breaking out certain Asian ethnic groups for as a long as 150 years. AB 1726 would mandate the same for public health agencies in the state of California.

The bill unanimously passed the California state senate Tuesday and is expected to head back to the assembly on Wednesday or Thursday. But the bill hasn’t been without opponents. In its original form, the measure would have gone even further, also applying the requirements to public universities and community colleges.

A few Chinese American groups vocally opposed AB 1726 on the grounds that data disaggregation might pave the way for bringing race-based affirmative action policies back to state university admissions, something they believe puts Chinese Americans at a disadvantage.

In 2015, a similar data disaggregation bill passed both houses of the California legislature, only to be vetoed by Governor Jerry Brown. Last week, California Assembly members reached a deal striking parts of the bill that would break down public education data by ethnicity, leaving the legislation to focus solely on public health.

“This result is a good compromise, to say the least,” says Kai Zhu, committee member of Silicon Valley Chinese Americans, a group formed in 2014 to oppose a state constitutional amendment that would have resumed affirmative action programs for California universities and government jobs. The group no longer opposes AB 1726 because it is now restricted only to healthcare

California's Asian Pacific Islander American Commissioner Karthick Ramakrishnan is disappointed that California is now lagging behind states such as Oregon and Washington, which have done more to breakdown data.

"Removing education from the bill also puts it at odds with federal efforts to improve data disaggregation in K-12 and higher education," says Ramakrishnan. “We are missing out on an important opportunity to have better policies and more efficient spending decisions that are informed by good data.”

Breaking down statistics by ethnicity may reveal other health trends, too. Bonta says studies from the Bay Area reveal disproportionate rates of hepatitis B among Chinese Americans and other studies report higher rates of suicide among Korean Americans. Information gathered through the Affordable Care Act shows that some Southeast Asian communities, such as Vietnamese, Cambodian and Lao, have lower rates of health insurance coverage.

“From smaller reports, we know that there are high diabetes rates in the majority of Pacific Islander communities. Filipino and Cambodian communities have higher cases of diabetes,” says Chan.

Right now, the combined rate for all Asian Pacific Islanders shows the group as a whole is only at a moderate risk.

Organizers of the Rethink Your Asian Drink campaign hope the bill will pass and provide comprehensive statistics to help them better teach people to choose lower-sugar versions of their favorite drinks, or to make the boba tea an occasional treat, instead of a regular indulgence.