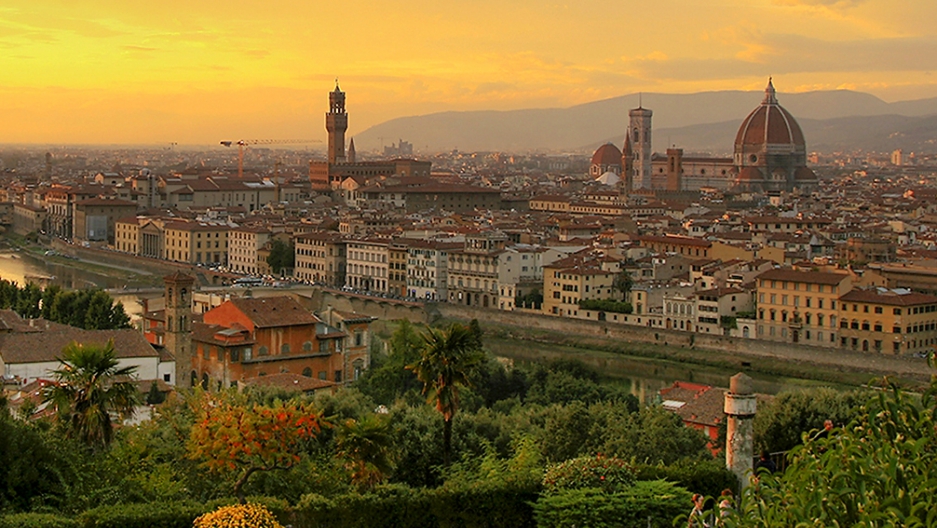 Florence, Italy, was the birthplace of the Renaissance.

2016 has been a wild year: Trump, Brexit, #LochteGate — it seems like we’re living in a strange time. But, we're often told that “history repeats itself.” So let's let history be our guide to this year.

According to Chris Kutarna, a fellow at the Oxford Martin School and co-author of "Age of Discovery: Navigating the Risks and Rewards of Our New Renaissance," our modern era is actually a lot like the 16th century Renaissance era.

While the changes might be different, their massive effects on society are similar. People, populations, institutions, and politics struggle to adapt, and the world seems to be changing faster than its inhabitants. During the Renaissance, Kutarna says, there were rapid advances that led to numerous benefits for many — but lots of people felt left behind.

Even more, the Renaissance was a time that saw the rise of demagogues and cults of personality. Kutarna calls this “the ugliness of the Renaissance” — ugliness that is also rearing its head today.

He points to Girolama Savonarola, a Dominican friar who rose to power in 1490s Florence. Savonarola was a populist figure who preached about the end of the world, and demonized intellectuals and the corruption of the elites. The friar was eventually burned at the stake in 1498, but the way he got popular, by capitalizing on the fear of those left behind by a changing world, reminds Kutarna of various figures today.

And while 2016 may seem like the year that will never end, there is a reassuring part of this all: The world continued after the Renaissance.