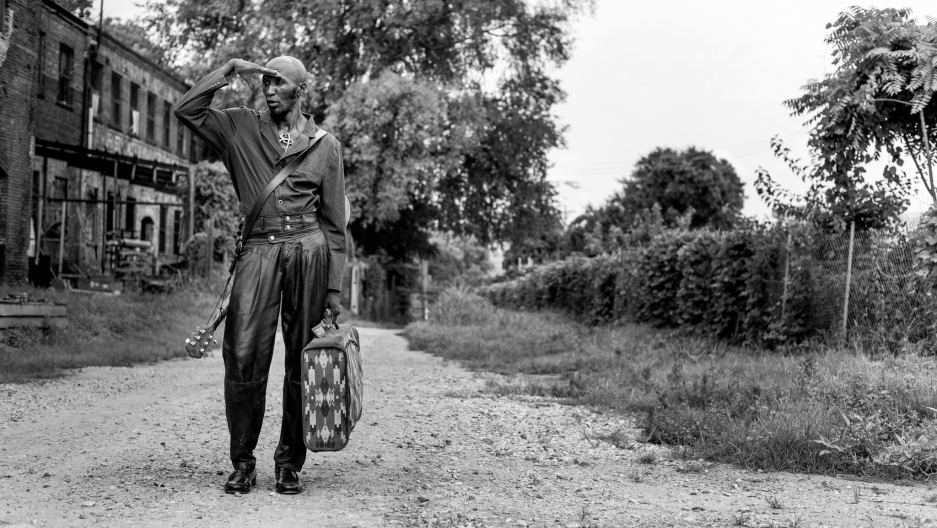 Here at The World, both host Marco Werman and I listen to a lot of music. And we often have the honor to speak with the musicians who make it.

Recently I had the pleasure to speak with one talented artist — Moken. Moken is the stage name for artist Kenneth Nunga.

He's originally from Cameroon and it's his music and voice that really pulled me in.

Just listen to this:

How can you not perk up your ears and want to listen to more?

And when I spoke to him a few weeks ago, one of the first questions I asked him was about his voice.

He agrees it's something special. "You know, I'm not blowing my trumpet here, but people have always told me when I started singing my songs in Cameroon, they're like 'Moken you have a golden voice.' ... It's always been like that."

He also attributes his unique sound partly to early childhood loss. "My father died very early. I was about 7 years old and my father was like my pillar. And my emotions, I bury a lot of emotions. So, they come barging out through my voice."

There was another way this man with the "golden voice" struck more gold. He filled out an application for the US green card lottery in the mid '90s. Then he received a phone call from his sister, Stella, who was living in the US.

"Imagine I was in Africa and I'm strolling to my studio with my guitar on my back," Moken recounts. "Then all of the sudden there's a call from America. ... It's your sister from America and she's like, 'Moken you just won the lottery. Get ready you're coming to the United States in the next six months.'"

Moken told me coming to the US for the first time was like entering the promised land.

But much like the title of his CD, "Chapters of My Life," there were some unfortunate turns after his arrival.

One of the biggest was leaving design college in Detroit to pursue a music career with his band. Their success went nowhere.

And so, when he went back to college, the tuition had doubled. The only way for him to afford finishing school was to sell most of his stuff and live in his car.

Thankfully, the experience didn't last too long, but enough to influence his songwriting and storytelling.

Moken says he's written about 500 songs. And continues to write three or four a week. He's enjoying his life right now. As he says, "It's not about the money or the big stages to play, you know. Or the big festival or the big concert halls. All I wanted was this right now."