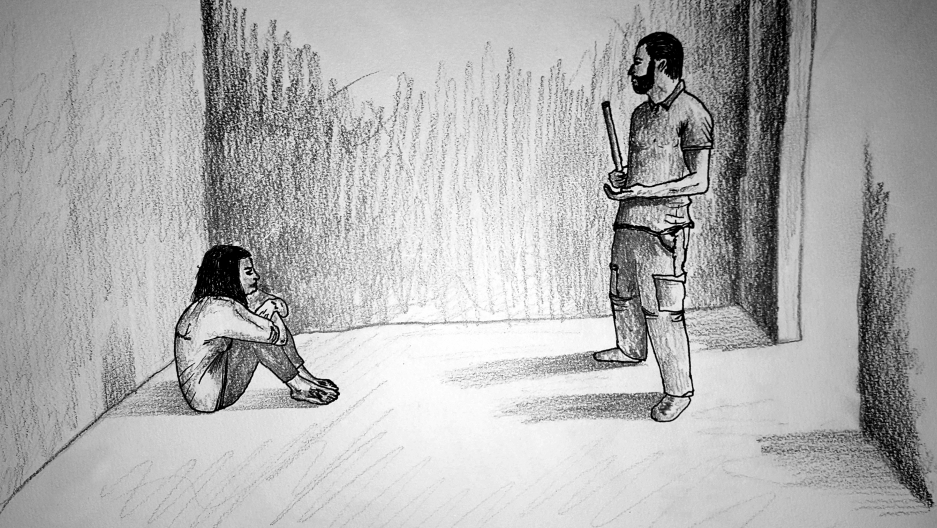 For those who passed through Saydnaya Military Prison and survived to talk about it, recounting the ordeal is a painful experience.

But 65 torture survivors have done just that, in the most painstaking detail, to create an immersive picture of the Syrian government facility and what goes on inside it.

Based on their testimony, a 3-D model of the prison has been created that allows people to tour the facility and hear personal stories of what happened in each room. The experience recreates the screams of prisoners under torture, and the shouts of guards.

Samer, a lawyer who spent time in the prison, said of his time there: “They treated us like animals. They wanted people to be as inhuman as possible. … I saw the blood, it was like a river. … I never imagined humanity would reach such a low level … they would have had no problem killing us right there and then.”

Another former inmate describes it as "the worst place on earth."

“I lost five years of my life there, I nearly died there,” he told the Guardian. “I just want it to remain so that other generations will see this horrible place."

The project was a collaboration by Amnesty International and Forensic Architecture at Goldsmiths, University of London.

“As there are no images of Saydnaya, we were dependent on the memories of survivors to recreate what happened inside. Using architectural and acoustic modeling, we helped witnesses reconstruct the architecture of the prison and their experiences of detention,” the rights group said in a statement.

The project accompanies a report that estimates more than 17,000 people have died in government custody in Syria since the civil war began in 2011.

Read more: These are the victims of the Assad regime

“The catalogue of horror stories featured in this report depicts in gruesome detail the dreadful abuse detainees routinely suffer from the moment of their arrest, through their interrogation and detention behind the closed doors of Syria’s notorious intelligence facilities,” said Philip Luther, director of Amnesty International’s Middle East and North Africa Program. "This journey is often lethal, with detainees being at risk of death in custody at every stage."