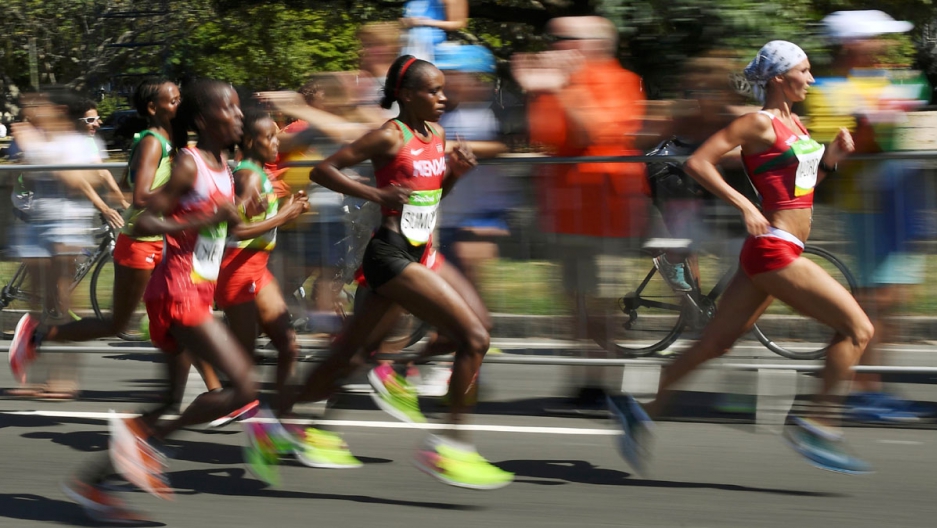 Runners compete in the Women's Marathon during the Rio 2016 Olympic Games.

Female athletes were excluded from the first modern Olympic Games in 1896 because its founder, Pierre de Coubertin, felt their participation would be inappropriate.

“No matter how toughened a sportswoman may be, her organism is not cut out to sustain certain shocks,” the French educator and historian said then.

After more than 100 years, gender equality is still more goal than reality in the 2016 Rio Olympic Games where there are more men's events (161) than women's and mixed events (145).

Using the latest data from the International Olympic Committee's Olympic Studies Centre, we made an animated visual to show the 120-year struggle of women to achieve equality in 28 Olympic Summer Games.

The two tables below illustrate events for both men and women in each of the Olympic Games. The color tone indicates the percentage of a men's or women's event in that sport relative to the opposite gender. Mixed events are counted for men and women.

When you click the play button, you will see there were fewer sports featured in earlier Olympic Games. The 1900 Games were the first to accept female athletes.

As the tables change, you will notice that women's events reached half the number of men's events only in 1992 — almost a century since the first Games.

The chart below shows the total events for both male and female athletes.

The 2016 Rio Olympic Games has both the highest ever number of women competitors and the highest percentage, with women making up about 45 percent of the total participants, according to the IOC.

Here are a few other findings from the IOC data — and the stories behind them: