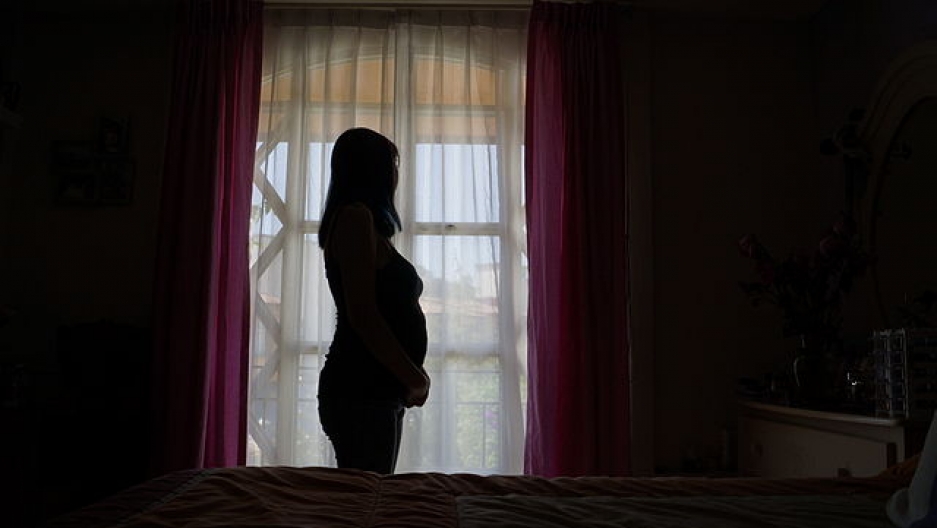 Teen pregnancy in Nicaragua is mostly caused by machismo culture and a lack of sex ed.

Violet lives and goes to school at Casa Alianza, a home for poor and homeless teenage mothers in Managua, Nicaragua’s capital.

She walks through the hallways in her school uniform: a white collared shirt, a pleated skirt. Her daughter’s name is written on her arm with a green sharpie. She came here when she was 14 years old and four months pregnant.

Violet says when her dad went to prison, her mom emotionally checked out, so Violet ran away. She was 8 years old.

Nicaragua has one of the highest teen pregnancy rates in all of Latin America, according to The World Bank.

It is also one of the poorest countries in the area, and has some of the strictest abortion laws: Women can’t get therapeutic abortions when their lives are at risk, or in cases of rape.

Violet stopped going to school. She started drinking, and then having sex. She says all her friends were doing it.

According to a report called "Stolen Lives" by Planned Parenthood Global, the rate of 10- to 14-year-old girls having babies in Nicaragua has shot up almost 50 percent over the last decade. One in three teenagers here has a child before she turns 18 years old.

Karelia Rivas runs the program for teenage mothers at Casa Alianza. She says Nicaragua’s machismo culture is primarily to blame for the high teenage pregnancy rates.

“Our machismo culture is related to violence against women,” Rivas says. “The rights of adolescent girls are not respected. The right to decide what to do with their own bodies isn’t respected.”

Another reason is the country's strict abortion laws. Since 2006 abortion has been illegal here even in cases of child rape or if a woman’s life is at risk. At Casa Alianza the girls get prenatal care, an education — and some much-needed psychotherapy. Most girls here have been sexually abused.

Marta Lopez is with AMNLAE, a women’s rights association in Managua. She says the vast majority of the adolescent pregnancies here are because of sexual abuse. The same Planned Parenthood Global report backs her up — 93 percent of teenage pregnancies in Nicaragua are the result of rape. The report shows almost 80 percent of these teens have had zero prior sex education.

“The majority of these girls’ pregnancies aren’t caused by other boys,” Lopez says. “They’re caused by adult men who have sexually abused them. Sexual abuse is one of the main reasons a girl gets pregnant here.”

Lopez says talk of sex is taboo in Nicaragua at school and at home. So groups like hers have been forced to take matters into their own hands. They started training teenagers around the country to teach other teenagers about sexual health. They hand out pamphlets at parks and other teen hangouts. They give peer advice and free birth control.

Violet, the 14-year-old mother at Casa Alianza, says she never used birth control, and she got her sex education on the streets.

“My friends would tell me, ‘Don’t use condoms! It’s in bad taste! No, no, no!’” Violet said. “They told me getting a birth control shot makes you too skinny, and taking pills makes you too fat.”

But now Violet says she knows better. It’s not easy to be an adolescent mother. It’s really hard. She says when her own daughter turns 8, the age she was when she ran away, “I’m going to talk to my daughter.”

“I’m going to give her advice and build a relationship with her so she feels comfortable telling me everything," Violet says. "I’m going to educate my daughter so that she doesn’t make the same errors that I made.”

Violet says she plans to continue to go to school and become a police officer, so her daughter will be proud of her one day. She wants to set a good example — an example she never had.